1 The physical parts of Computer
Hardware

3 The System Unit All of the main components of a computer are grouped together in the system unit. For instance, the system unit includes the computer system’s motherboard (including the processor), and items such as hard disks, floppy disks, and CD-ROM drives, etc.

8 CPU/Processor The Central Processing Unit (CPU), also called a processor, is located inside the computer case on the motherboard. It is sometimes called the brain of the computer, and its job is to carry out commands. Whenever you press a key, click the mouse, or start an application, you're sending instructions to the CPU.

9 The CPU is generally a 2- inch ceramic square with a silicon chip located inside. The chip is usually about the size of a thumbnail. The CPU fits into the motherboard's CPU socket, which is covered by the heat sink, an object that absorbs heat from the CPU

11 Memory (RAM) RAM (Random Access Memory) is temporary memory that the computer uses to store applications and data that are in use, for example, the operating system, and a word processor or database program. When you create data such as a letter or a picture, the computer stores the data in RAM and then copies it to the hard disk when you save your work. If you have a lot of RAM, applications can run faster. When the amount of RAM is not enough for an application, a part of the hard disk is used as RAM. This part of the disk is called virtual memory.

12 Video Card (Video Adapter)
A video card converts the digital signals in a computer to a special format that can be displayed on a monitor. Some video cards also have a TV out to use a TV as a screen. A video card has its own microprocessor and memory. Today, the size of the memory is up to 512 megabytes.

13 Power Supply The power supply is an electrical device that transforms the standard electricity supply ( Volts AC in the United States, or 220 Volts AC in Europe) into the lower voltages (3.3, or 5 to 12 volts DC) that computer systems require. Personal computer power supplies are measured in watts. They usually range from about 90 watts to 300 watts.

14 Sound Card A sound card converts digital sound signals to analog sound signals and sends them to the speakers so that you can hear sounds. If you have a microphone and suitable software, you can also record sounds. You can also buy special software called speech recognition software, which recognizes your voice and displays the words you say on your monitor. In the future, speech recognition software might replace the keyboard. 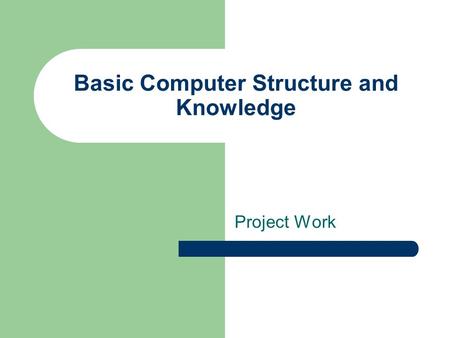 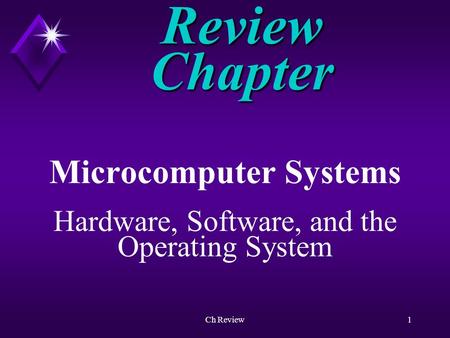 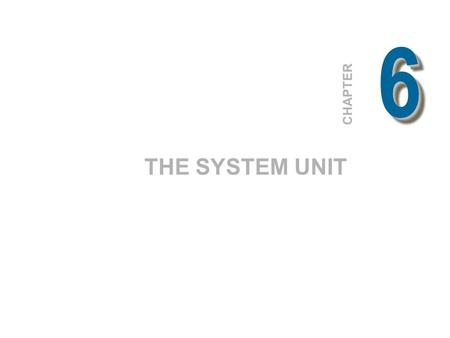