2 The Inevitable Stern Quote Conservation efforts will increasingly be required to operate at the landscape scale with larger contiguous tracts of land that can better accommodate species movement. Policies for nature protection should be sufficiently flexible to allow for species' movement across the landscape, through a variety of measures to reduce the fragmentation of the landscape and make the intervening countryside more permeable to wildlife, for example use of wildlife corridors or “biodiversity islands”. Sir Nicholas Stern, Head of the Government Economics Service and Adviser to the Government on the economics of climate change and development published his report on Climate Change on Oct 31 st 2006.

3 How Biodiversity Adapts – Big Sites Staying Put The main factor which may allow a species to remain more or less in its current location despite a changing climate is considered to be related to whether it can adapt by occupying a different niche within its current habitat, i.e. a change of aspect or sward height, etc. South West Wildlife Trusts Living Landscapes and Climate Change Adaptation February 2009.

4 How Biodiversity Adapts - Connectivity Shifting Some species which are closely tied ecologically to climate will ultimately have no alternative but to move and follow their climate space. The key factors here are (a) whether suitable locations exist within a particular species’ future climate space… and (b) whether there is sufficient appropriate connectivity within the landscape to allow the species to make the journey.. South West Wildlife Trusts Living Landscapes and Climate Change Adaptation February 2009.

7 SNA’s In the Cotswolds

9 A No Brainer The landform and history of the Cotswolds has combined with new ecological imperatives driven by climate change to give the Cotswolds Conservation Board and partners the opportunity to undertake a project of national significance. (Project Description June 2010) Linear area with a high density of SNA’s – it’s what they are for Retained its semi-natural character. Rich in unimproved limestone grassland and ancient woodland, often in a matrix Scarp dominated by permanent grassland with high potential for habitat restoration Focus on grassland scrub and woodland – in a mosaic benefiting a wide range of spp North south orientation – benefit in terms of movement to new climate space Contains large sites with a variety of aspects and gradients Cuts across local and regional government boundaries

11 Inaugural Partnership Meeting – 26 May 2010 Some of the key findings Universal approval for the idea and a partnership project Will only work as a genuine partnership project Broad approval of the corridor area subject to refinement Further links important South Cotswolds to Mendips Cotswolds river valleys to Thames Valley Fit with finer grain of landscape permeability important Corridor is the artery – remember the veins & capillaries Corridor is the motorway – remember A roads to footpaths Need to deliver with local communities In the longer term need to embed within a local sustainable economy 2 primary ways forward were identified Drawing together and co-ordinating existing activity Bidding for additional resources to plug the gaps with new activity Both elements need a mapping exercise in order to progress. 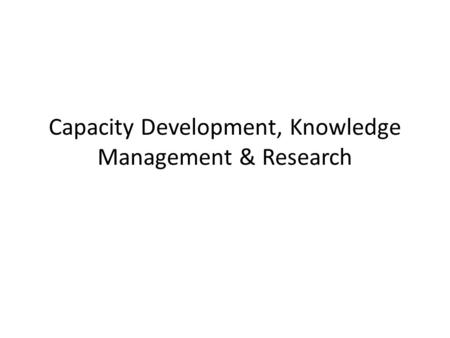 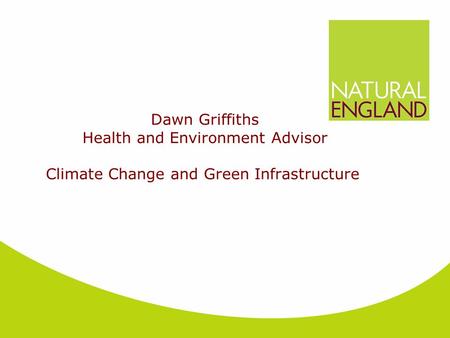 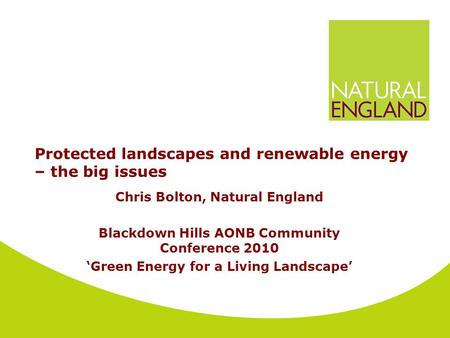 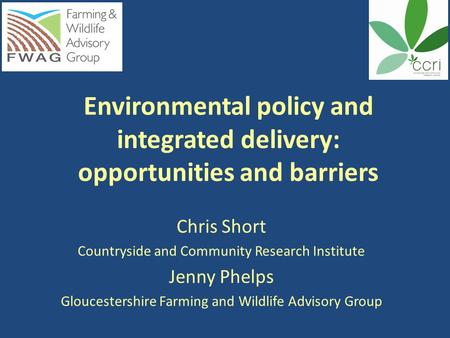 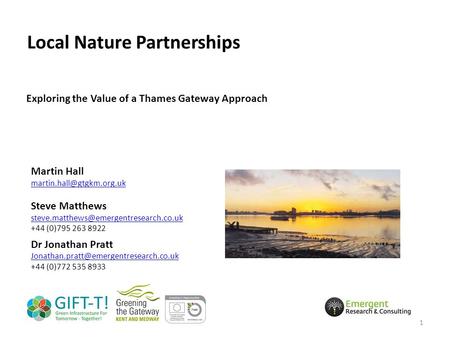 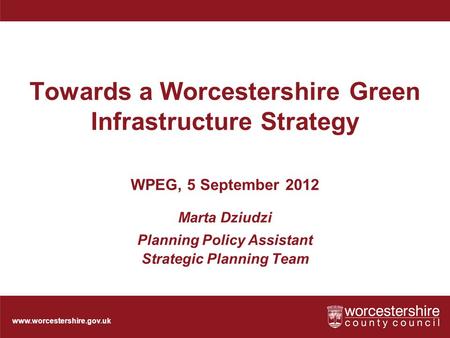 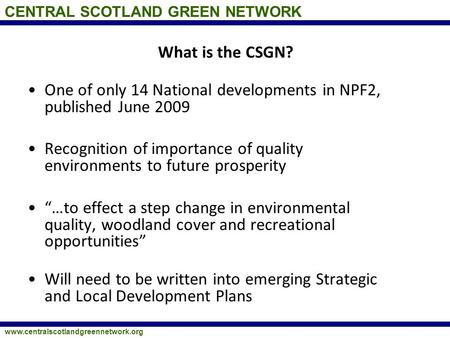 CENTRAL SCOTLAND GREEN NETWORK What is the CSGN? One of only 14 National developments in NPF2, published June 2009. 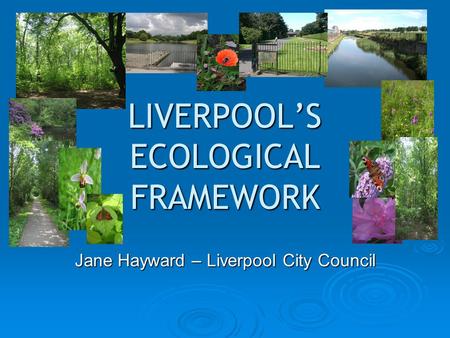 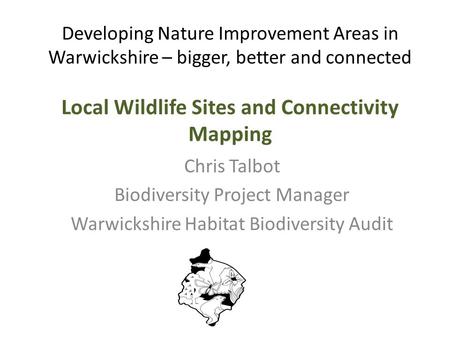 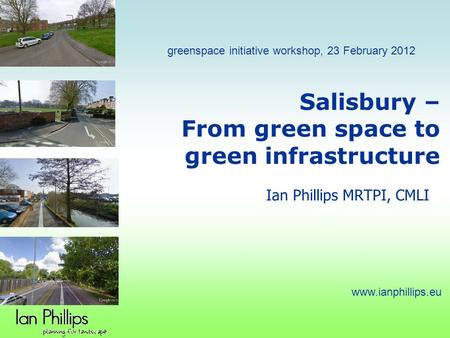 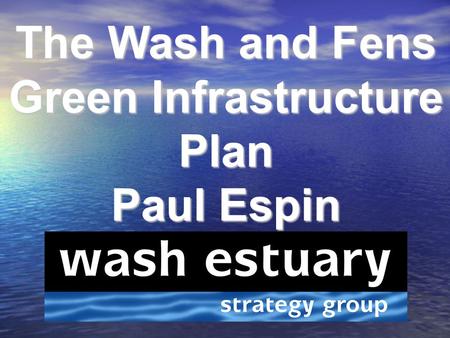 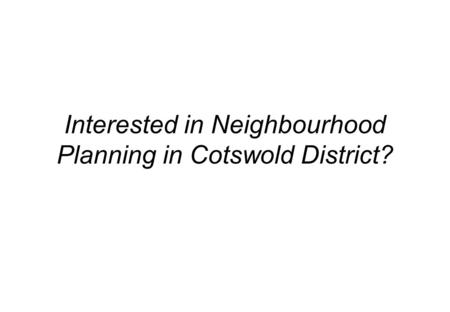 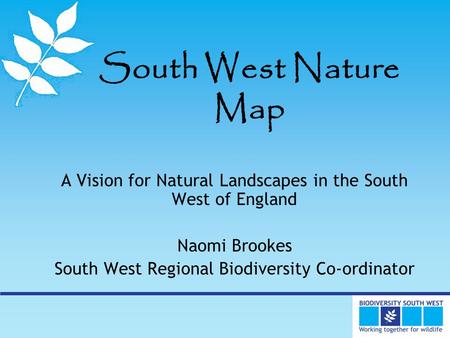 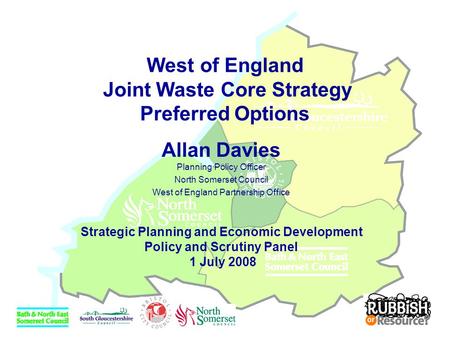 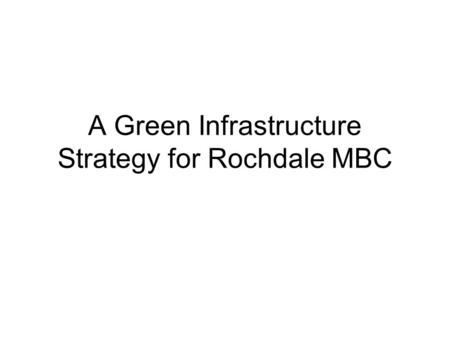 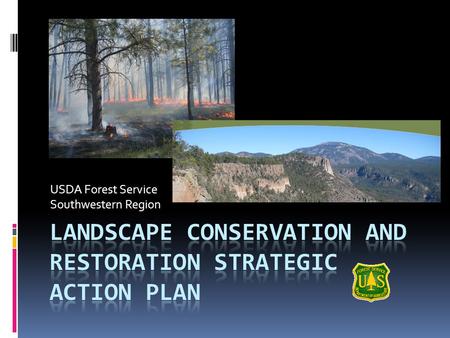 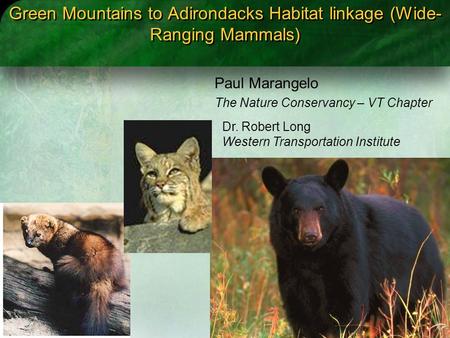 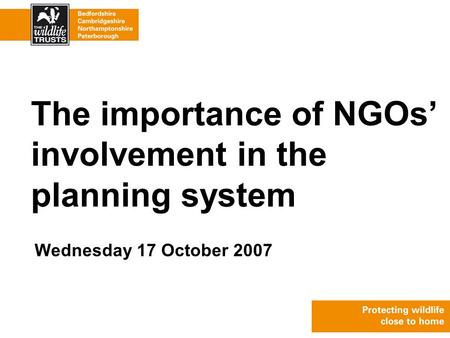 Wednesday 17 October 2007 The importance of NGOs’ involvement in the planning system. 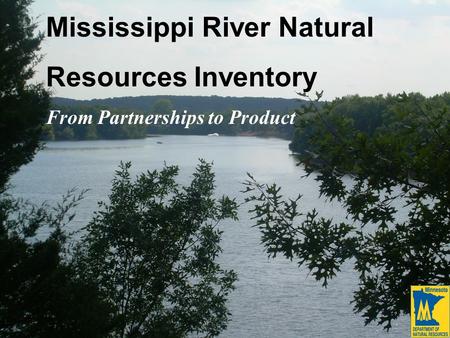 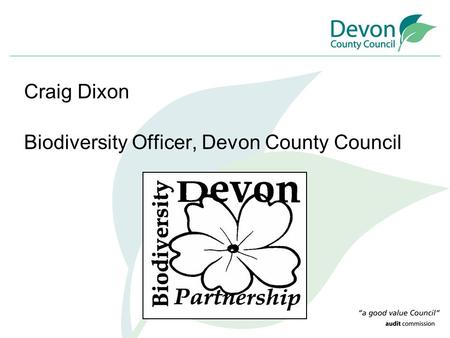