3 Intermolecular Forces  London Dispersion Forces:  London Dispersion Forces: Also called Induced dipole forces. An instantaneous dipole is created within the atom or molecule via the instantaneous movement of the electrons around the nucleus. All molecules have LDF.  Dipole-Dipole Forces:  Dipole-Dipole Forces: The attractive force between molecules due to the existence of an overall dipole moment. Polar molecules have d-d forces.  Hydrogen Bonding:  Hydrogen Bonding: The attractive force between a highly electronegative atom of one molecule with the hydrogen on another molecule also containing a very electronegative atom. N, O, F are the electronegative atoms.

4 Properties dependent on the Intermolecular Forces SURFACE TENSION: SURFACE TENSION: describes the resistance that a liquid has to an increase in its own surface area. Answers why bugs can walk on water and why green strawberry plastic baskets float on water dispite the 1” open square “holes”. If the intermolecular forces between liquid particles are strong then the particles will be more attracted to each other, the forces at the surface pull inward, leading to a reduction in the liquids surface area and thus a more spherical shape. This type of liquid is referred to as having a high surface tension. Hg > H 2 O > O 2 A substance with a low surface tension does not exhibit much curvature because the forces between particles is weak and less energy is needed to move these particles elsewhere. A substance with a low surface tension will evaporate readily. CAPILLARY ACTION: meniscus CAPILLARY ACTION: describes the attraction the liquid particles have to itself relative to the attraction the liquid particles have to the wall of the tube. If the liquid particles are more attracted to the wall particles than to itself, then a meniscus (curvature similar to upside down contact lenses) is formed in the tube.

5 Properties dependent on the Intermolecular Forces EVAPORATION: Evaporation of a liquid occurs when the average kinetic energy present within the liquid is greater than the intermolecular forces responsible for holding the substance in its liquid state. When the particles have enough kinetic energy to overcome these attractive forces, the particles will escape from the surface to become a gas. VAPOR PRESSURE: When a liquid evaporates in a closed container, the gaseous vapor that forms at the surface of the liquid eventually establishes an equilibrium with the particles remaining in the liquid state. Equilibrium is established when the rate of evaporation is equal to the rate of condensation. A VOLATILE substance evaporates readily, has a low surface tension, and a high vapor pressure at ambient temperature. The Intermolecular forces are weak. A NONVOLATILE substance requires a large amount of energy to evaporate, has a high surface tension, and a low vapor pressure. The intermolecular forces are strong.

6 Properties dependent on the Intermolecular Forces Compare the relative surface tension, vapor pressure, volatility, and capillary action of the following substances. Justify your answers in terms of intermolecular forces. a) H 2 O vs. CH 4 The first step is to draw the Lewis Structure, determine the VSPER geometry, and then draw the dipole moments. H 2 O is bent with two pairs of nonbonding electron and two bonding pairs of electrons and a bond angle less than 109.5 o. A dipole moment exists between each H-O bond in the same direction thus an overall dipole can be draw with the hydrogen end being slightly positive and the oxygen end being slightly negative. LDF d-d hydrogen bonding Now intermolecular forces can be assigned to water. Since all molecules have LDF (London Dispersion Forces) so does water. Since and overall dipole moment could be drawn, water also exhibit d-d (dipole -dipole) forces. Water contains hydrogen atoms bonded to highly electronegative oxygen atoms so this molecule also exhibits hydrogen bonding. LDF Methane, CH 4, has a tetrahedral molecular geometry and four equivalent dipole moments along the C-H bond, the central carbon atom is slightly more negative than the slightly positive equidistant hydrogen atoms. An overall dipole can not be draw due to symmetry therefore CH 4 experiences only LDF. Since liquid water exhibits more intermolecular forces than liquid methane, the relatively nonvolatile water would have a greater surface tension, lower vapor pressure, and greater capillary action than methane. b) HCN vs. NH 3 LDF d-d forces LDFd-d forces hydrogen bonding Linear HCN has LDF and d-d forces while trigonal pyramidal ammonia exhibits LDF, d-d forces, and hydrogen bonding. Pure liquid NH 3 is expected to have a greater surface tension and capillary action, be less volatile, and have a lower vapor pressure than pure liquid HCN.

7 Boiling, Boiling Point, & KMT endothermicA pure liquid will boil when enough external energy (from the surroundings) is applied (an increase in temperature) to the liquid (called the system; an endothermic process) so that the vapor pressure of the liquid is equal to the external pressure above the liquid’s surface. Once the two pressures are equal, escape is possible because the particles have acquired enough kinetic energy to overcome the intermolecular forces once holding them in the liquid state. The exact temperature at which the two pressures are equal is referred to as the “Boiling Point” and if the pressure is 1 atm (760 mmHg) then the temperature is called the “normal Boiling Point”. Imagine the boiling process on a microscopic level. At ambient temperature the liquid’s particles have a certain amount of energy and motion. As heat energy is applied to a liquid, some of the heat energy is transferred to the particles, leading to an increase in the particles kinetic motion. These more energetic particles eventually acquire sufficient energy to overcome the intermolecular forces present and the particles break through the surface to exist as a “gas”.

8 Freezing & Freezing Point exothermicA pure liquid will freeze when enough internal energy is removed from the system to the surroundings, this is usually initiated by a decrease in the surrounding’s temperature (an exothermic process). The flow of energy from the system to the surrounding leads to a reduction in the internal kinetic motion of the particles so now the particles do not have adequate internal energy to resist the intermolecular forces inherent to the system. The attracted particles move closer together to form a rigid or semi- rigid arrangement with very little molecular motion (a solid). The exact temperature at which the solid phase is in equilibrium with the liquid phase is referred to as the “Freezing or Melting Point” and if the pressure is 1 atm (760 mmHg) then that temperature is called the “normal Freezing/Melting Point”. 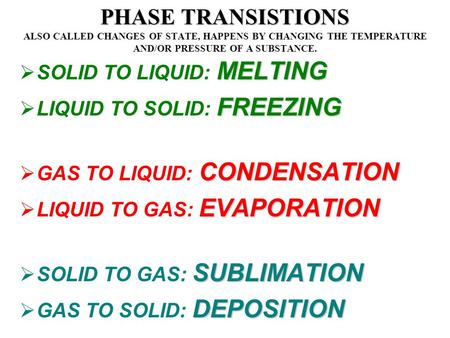 PHASE TRANSISTIONS ALSO CALLED CHANGES OF STATE, HAPPENS BY CHANGING THE TEMPERATURE AND/OR PRESSURE OF A SUBSTANCE. SOLID TO LIQUID: MELTING LIQUID TO. 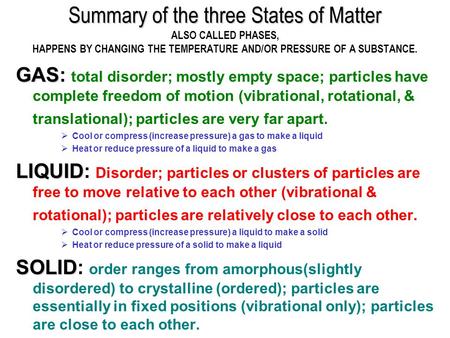 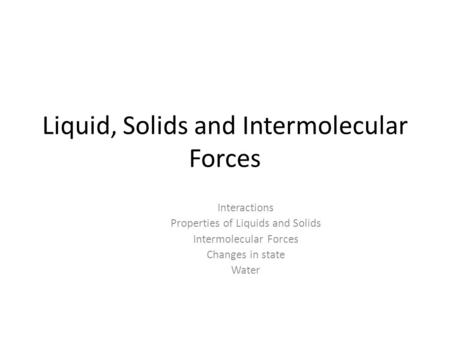 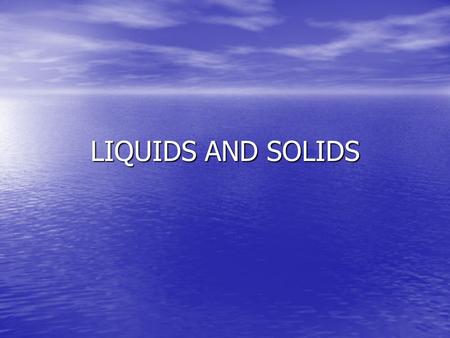 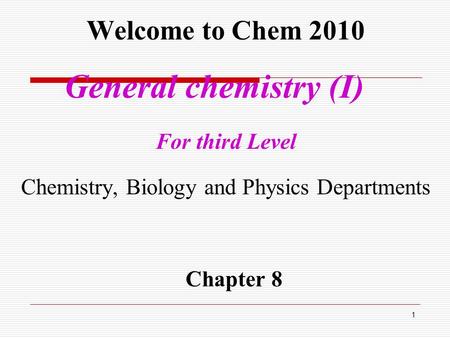 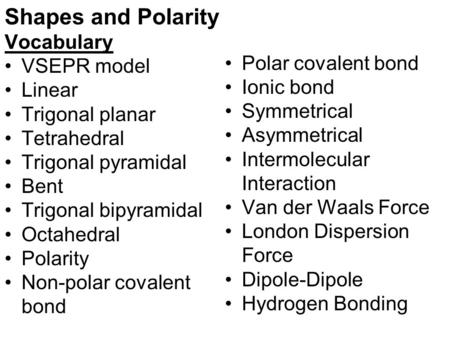 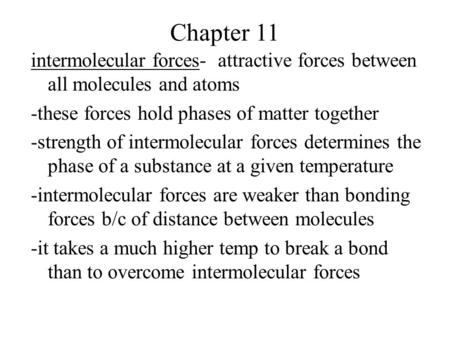 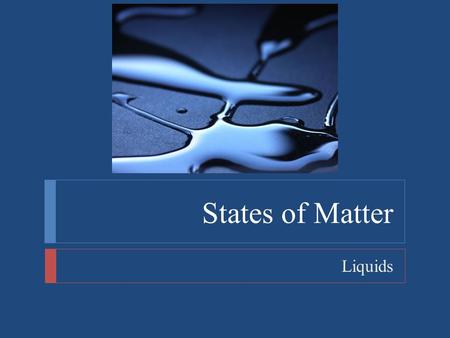 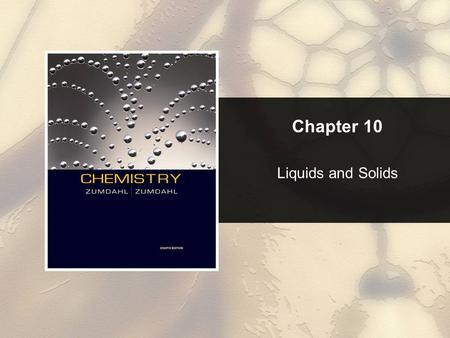 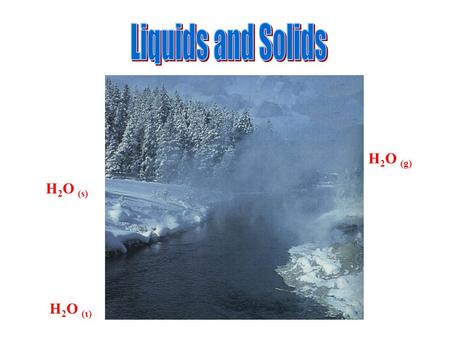 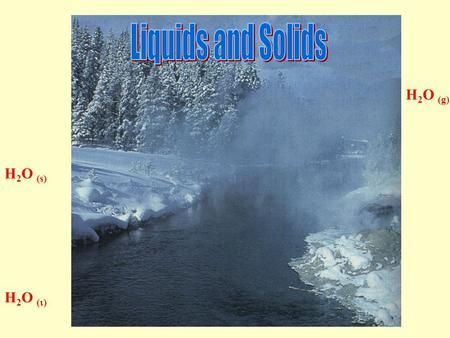 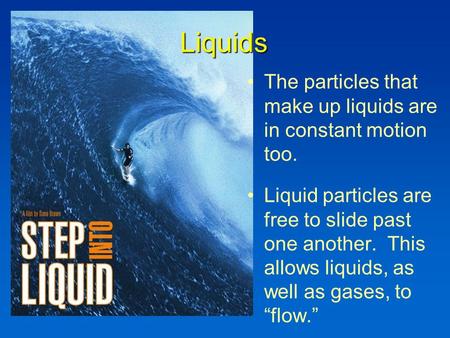 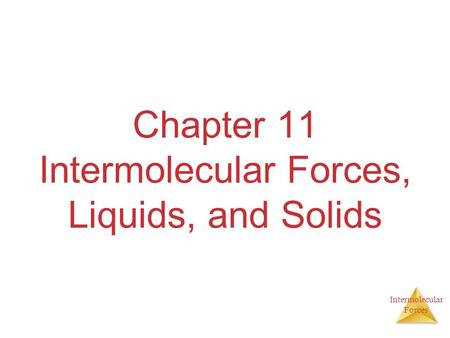 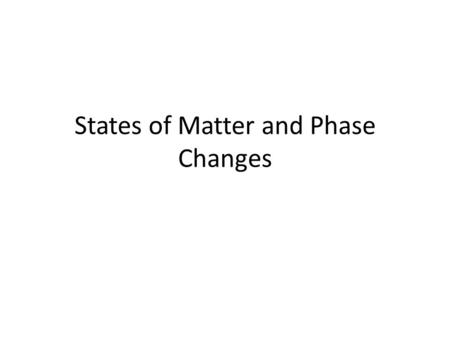