Confusion in the words Markup on price, Markup on cost, Mark-on Ted Mitchell.

1 Confusion in the words Markup on price, Markup on cost, Mark-on Ted Mitchell

4 Mark-on is the opposite of a markdown Markdowns are discount percentages Mark-ons are price increase percentages a 10% markdown, a 20% markdown, a 25% mark-on (Why NOT Markup?) Retailers will often call it a ‘markup’ Accountants reserve the word ‘markup’ for the difference between the cost of the good sold and the price it is sold for!

6 %Markup on Cost Dollar markup as a percentage of the cost (P-V)/V = ∆v/V = %∆v = Mv Retailer: perfectly consistent with a percentage on the price we paid for it and the price we sell it for It reflects the rate of return on our inventory investment What accountants call ‘markup on price’ we call ‘discount off suggested list price’

8 %Markup on Selling Price Dollar markup (unit profit) as a percentage of the selling price (P-V)/P = ∆v/P = Mp Accountant: Profit is Revenue –Costs and is normally positive perfectly consistent with the accounting machine in which price (p = average revenue per unit sold) is an Input and cost is the output, V, and V/P is the conversion rate (V-P)/P it is just awkward to report profit as a negative number so accountants use (P–V) Confusing yes, but better than awkward!?

9 %Markup on Price, Mp Is the most widely used ratio in business It is extremely useful But it is perpetually confusing to students of business because as it is a percentage change that has had its sign reversed Think of it as the rate or the efficiency at which the price tag, P, is converted into unit profit Unit Profit, U = (P–V)/P x Selling price, P Profit on a Unit Sold = Markup on price x Price P–V = Mp X P 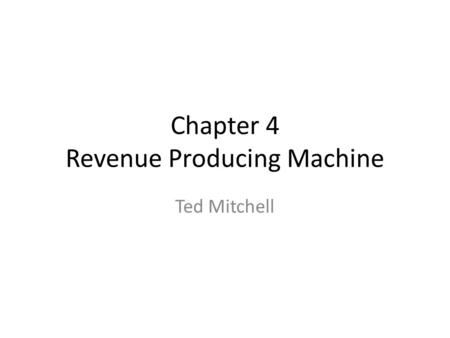 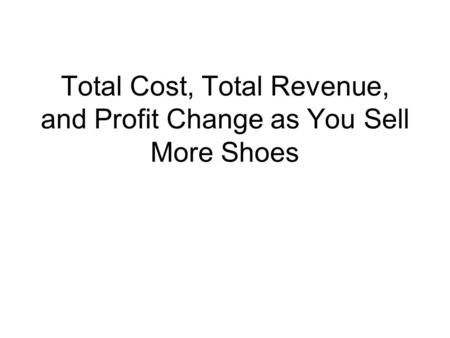 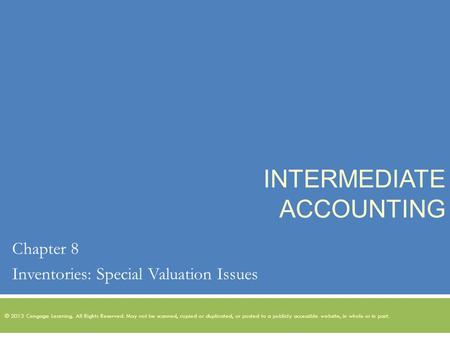 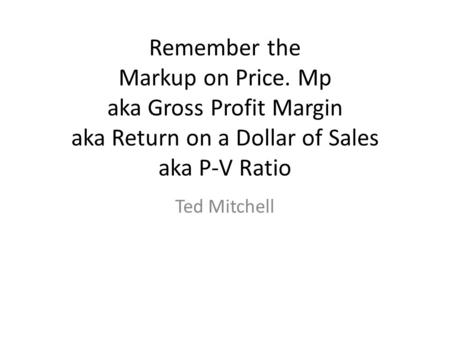 Remember the Markup on Price. Mp aka Gross Profit Margin aka Return on a Dollar of Sales aka P-V Ratio Ted Mitchell. 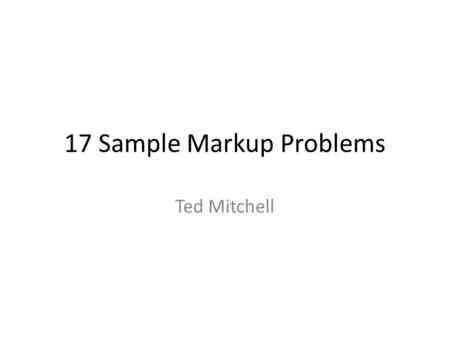 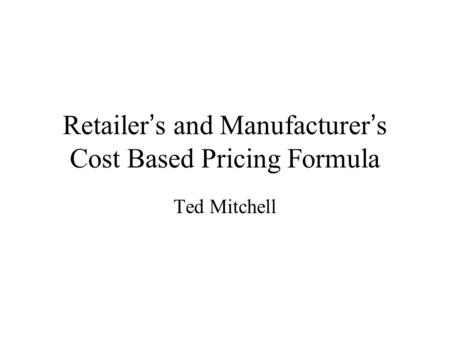 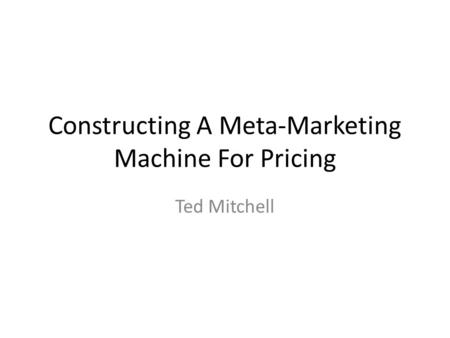 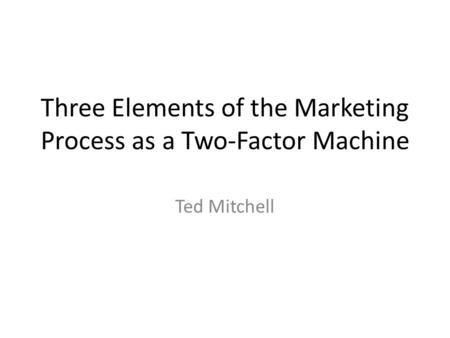 Three Elements of the Marketing Process as a Two-Factor Machine Ted Mitchell. 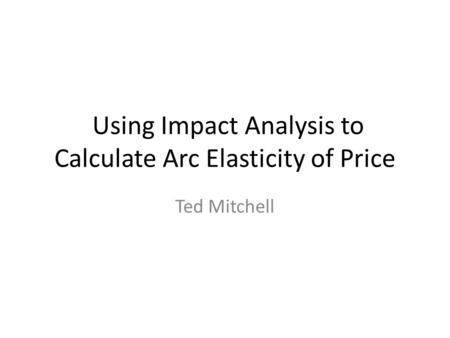 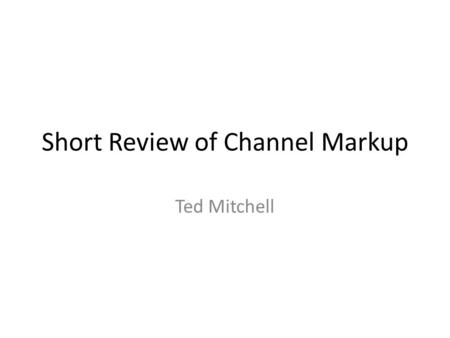 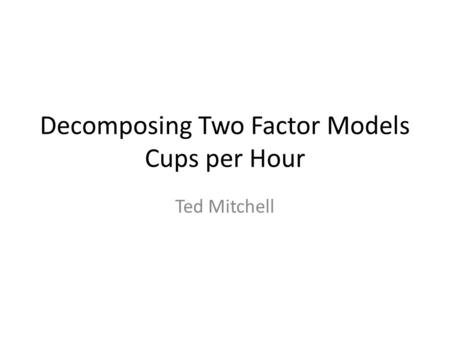 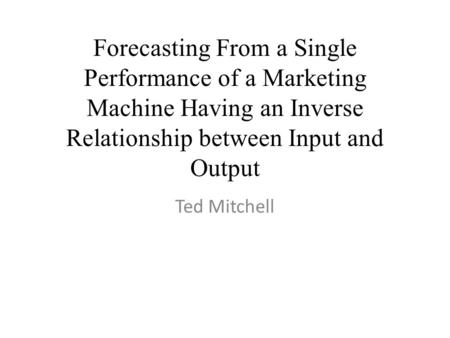 Forecasting From a Single Performance of a Marketing Machine Having an Inverse Relationship between Input and Output Ted Mitchell. 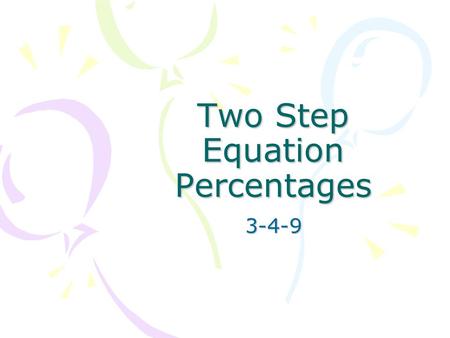 Two Step Equation Percentages Adding and Subtracting Adding -- Tax, Markup –Original amount + a percent of that amount –An item is marked up 75% 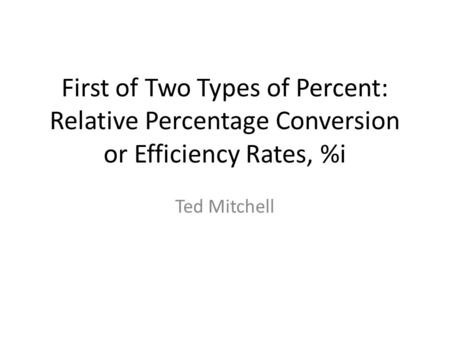 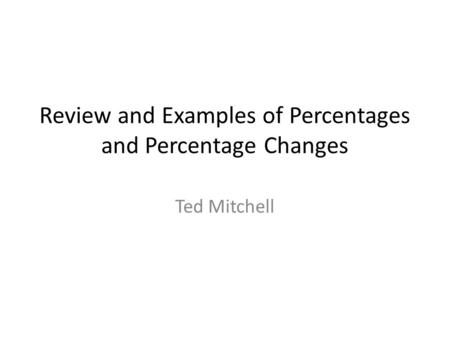 Review and Examples of Percentages and Percentage Changes Ted Mitchell. 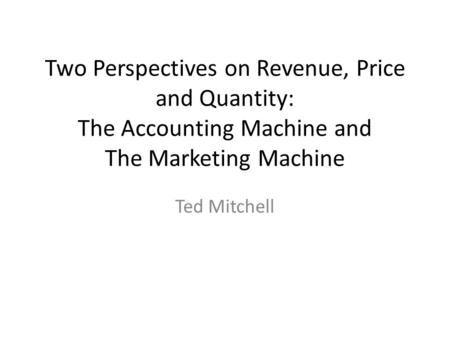 Two Perspectives on Revenue, Price and Quantity: The Accounting Machine and The Marketing Machine Ted Mitchell. 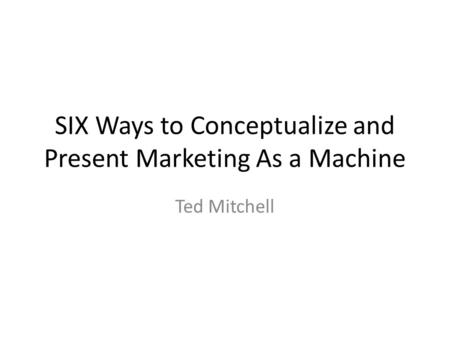 SIX Ways to Conceptualize and Present Marketing As a Machine Ted Mitchell. 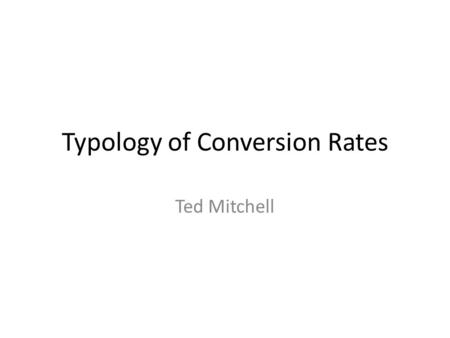 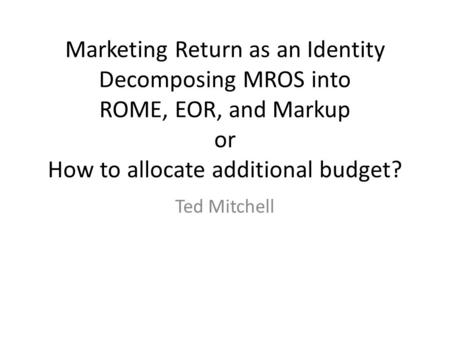 Marketing Return as an Identity Decomposing MROS into ROME, EOR, and Markup or How to allocate additional budget? Ted Mitchell. 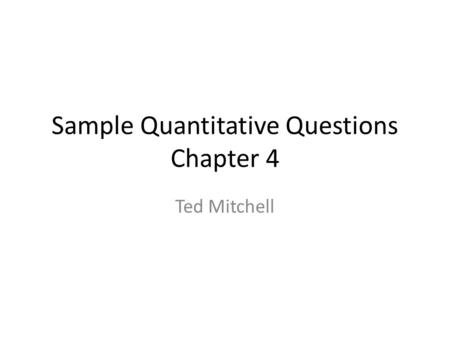