8 PEST & STEEP Analysis Introduction
PEST Analysis of Starbucks in Hong Kong Introduction Marketing tool has been in used by businesses as a means to acquire their competitive advantage in the industry. They use it mostly as a means to measure their capabilities and compare it to the demands given by the business environment they operate on. One such tool is the PEST Analysis. This study will look into the description and implementation of the said tool. Moreover, the paper will also be using it to present the external environment affecting the operations of Starbucks HK.

9 PEST & STEEP Analysis A. Political Factors The Hong Kong Special Administrative Region (HKSAR) has been under the rule of mainland China for several years already after the handover of the British Government. Nevertheless, it has been given a free hand in implementing business-friendly laws in the land. ( 2004) These liberties allowed companies like Starbucks Coffee Company International the capability to operate in the said country. Moreover, the company has to similarly be compliant of any other rules and regulation imposed by the HK government.

10 PEST & STEEP Analysis B. Economic Factors Hong Kong has been considered as one of the commercial destinations in Asia. There has been a considerable flow of traffic particularly involving tourists and other travelers in Hong Kong. Travelers from the mainland have been very prevalent in the recent years in Hong Kong. (2006) On the other hand, travelers from the neighboring regions have also flocked the country with the opening of the Disney theme park. (2002) This means that the consumer base of Starbucks Hong Kong is considerably affected by these changes in the economic standing in the country, particularly the influx of consumers not only from the mainland but also from the other spenders from the adjacent Asian states.

11 PEST & STEEP Analysis C. Socio-cultural Factors The socio-cultural aspect of Hong Kong would be greatly discussed with the use of and (1985, in and 1996) seminal work regarding cultural dimensions. Hong Kong is categorized under far Eastern cluster. This means that the said state possess a culture that has high power standard, low uncertainty avoidance, very collective, and masculine. Hong Kong has been indicated to have a highly masculine society. (2001) This shows that the major structures of the society in Hong Kong are dominated by male. Needless to say that Hong Kong has a high level of gender differentiation present in its society. (1999) indicated in their book that Hong Kong is classified as a high power distance culture. This means that wealth and power are indicators of success and influence in society. Recent studies show that Hong Kong society has a rather collectivist culture. ( 2003)

12 PEST & STEEP Analysis C. Socio-cultural Factors (continued) Thus, this means that interpersonal relationship is regarded highly in this region. The study of (1999) indicated that Hong Kong has a low uncertainty avoidance in its culture. This shows that the consumers in the country tend not to plan their purchases. Moreover, Hong Kong is said to have a strong long-term orientation. (1999) This means that the consumers in Hong Kong tend to become loyal to a brand once they have been satisfied with its product or services.

13 PEST & STEEP Analysis D. Technological Factors Majority of the consumers in Hong Kong are greatly capable of using computer-based platforms. (2003) With a highly technologically savvy population, the consumer base on the said country tends to look at the factor of convenience as an advantage. Some studies indicate that a considerable number of Hong Kong consumers shop online. (2004) In other words, Starbucks could take advantage of this fact and start a platform that will essentially cater to this need of the consuming public.

14 PEST & STEEP Analysis Analysis The discussions above have presented a rather favorable environment for foreign companies like Starbucks in the HKSAR. The political and economic aspects as indicated in the earlier discussions have revealed a set of environment that will essentially encourage further investments in the country. Moreover, the administrative region is also seen to have given companies enough leeway so as to implement a strategy for financial growth. However, Starbucks should consider the technological and cultural aspects of the administrative region closely in order to acquire a greater market share of the beverage industry. Though they have already established a recognizable brand, competitors are always lurking around trying to dominate the market. Considering the social and cultural elements will keep the loyal customers of Starbucks within their circle. On the other hand, exploiting the opportunities advanced by the technological aspect of the region will similarly gain the company additional customers. In doing so, the top of the beverage industry in Hong Kong is for Starbuck’s taking.

15 PEST & STEEP Analysis Conclusion The paper has provided a concise definition of PEST Analysis. It shows the advantages of making such environmental study for businesses. Moreover, it allows has presented the environmental demands on which Starbucks Hong Kong has to contend with in order to be on top form. It has shown the importance of knowing the factors that will eventually influence the operations of the company. To illustrate, the economic factors have established the potential of the market. The socio-cultural factors have presented the demands on which the company should act in accordance with so as to maintain the loyalty of its major customers. On the other hand, the technological factors represent the opportunities in which the company could market their products and services. Similarly, the political aspects has indicated the legal requirements that the conventions in which the Starbucks have to take on. On the whole tending to these major findings in the environment of Hong Kong, the company could easily provide for the necessary steps in attaining its organizational goals. 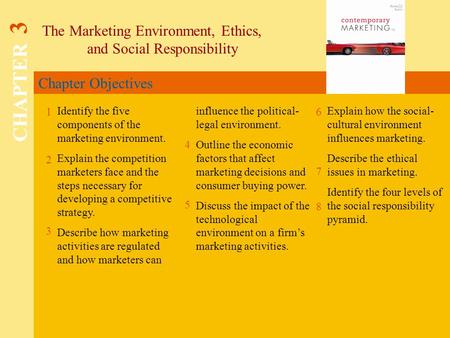 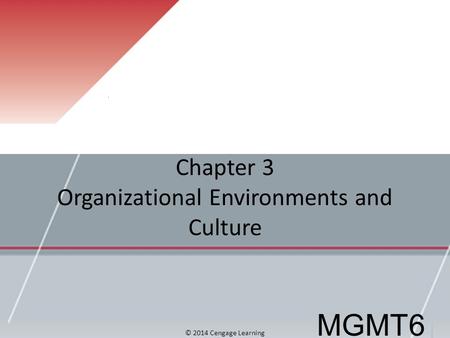 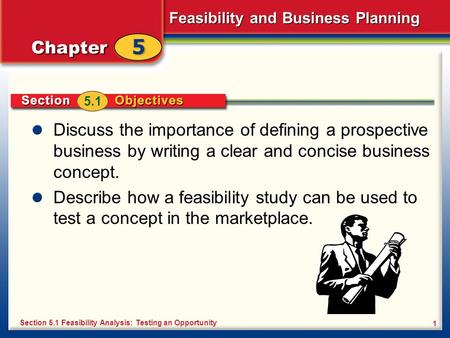 5.1 Discuss the importance of defining a prospective business by writing a clear and concise business concept. Describe how a feasibility study can be. 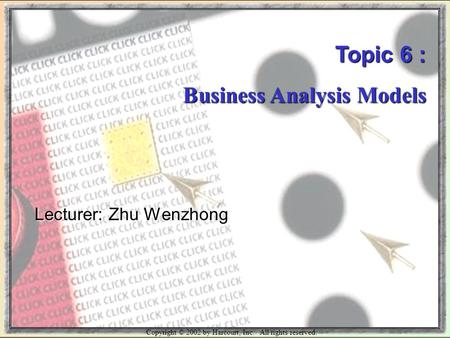 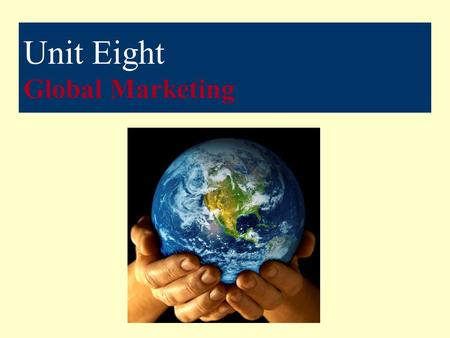 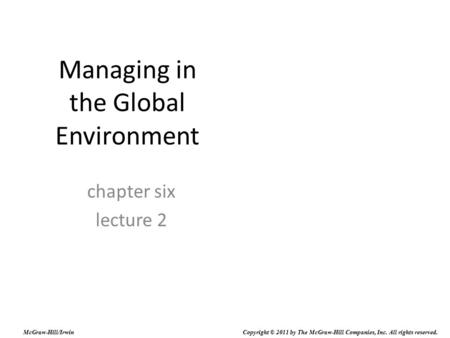 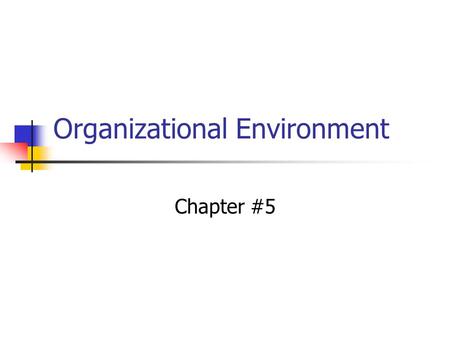 Organizational Environment Chapter #5. Chapter #5 Learning Objectives By the conclusion of this section you will understand: The complex environment organizations. 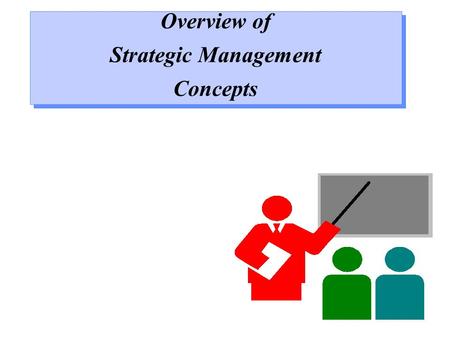 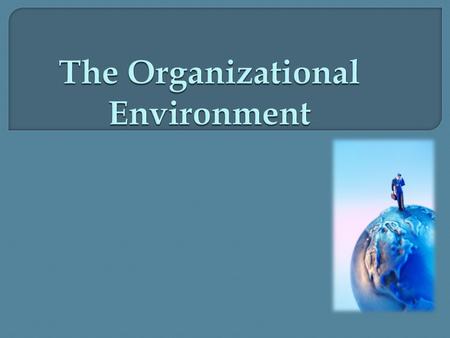 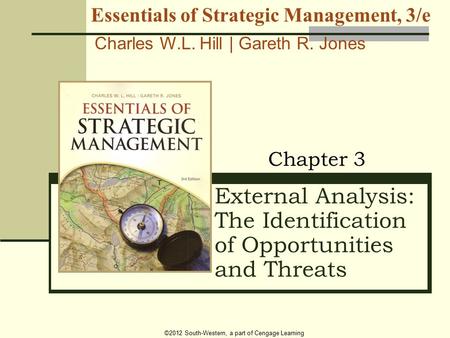 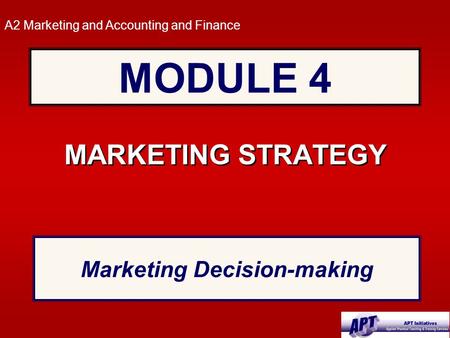 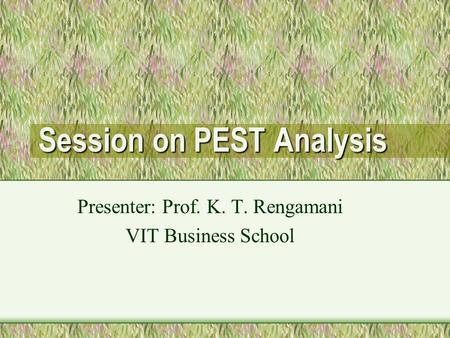 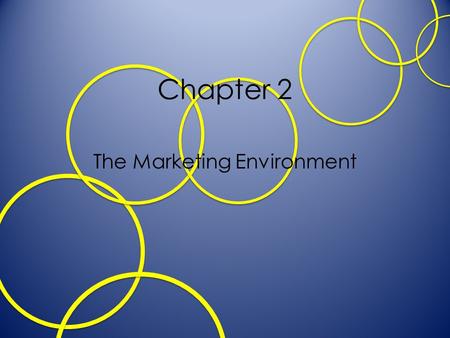 Chapter 2 The Marketing Environment. Learning Objectives Understand the importance of monitoring change in the marketing environment Describe how trends. 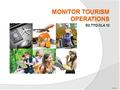 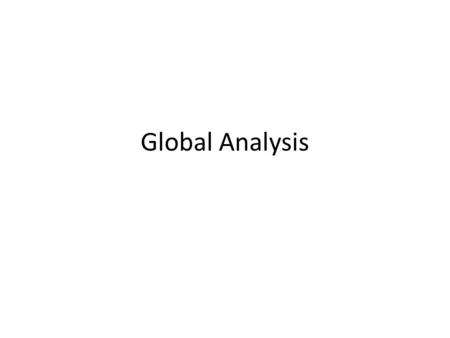 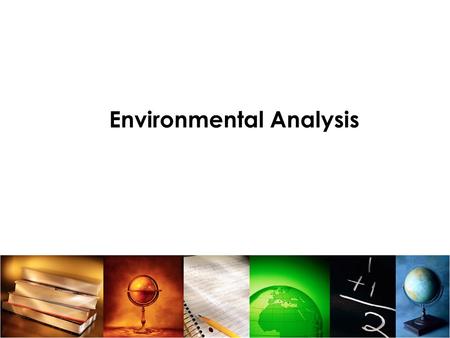 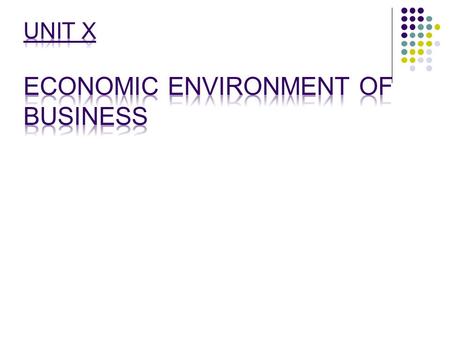 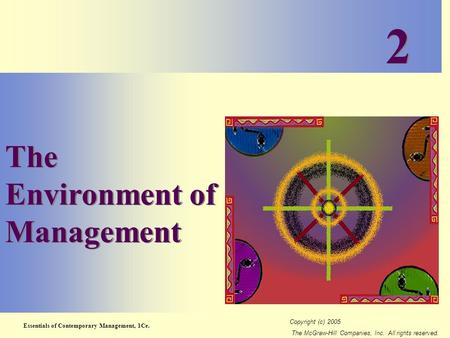 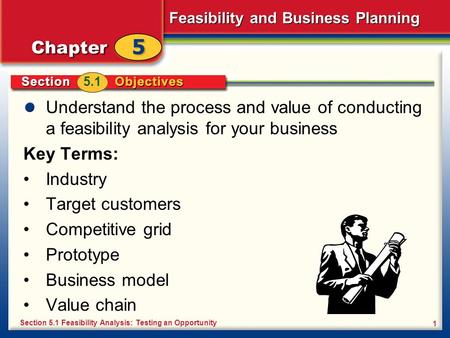 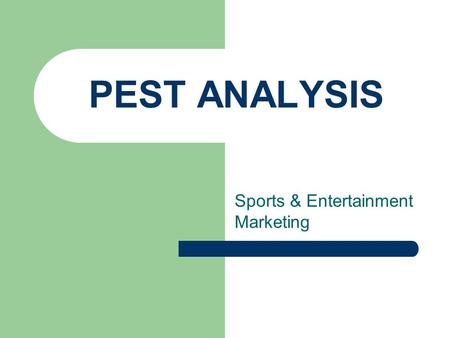