3 Baroque era covers the period between 1600 and 1750 beginning with Monteverdi (birth of opera) and ending with the deaths of Bach and Handel. The term Baroque music is borrowed from the art history. It follows the Renaissance era (1400 to 1600). Next Question

5 Question: The most popular keyboard instrument of this time was harpsichord grand piano synthesizer

7 Next Question During this era, three types of keyboards existed; the clavichord, the organ, and the harpsichord. The harpsichord was the main instrument employed in the basso continuo. It is one of the most distinctive sounds of the Baroque Era and was the most favored instrument in solo music.

10 Next Question Antonio Stradivari, maker of Stradivarius violins, is probably the most famous violin maker ever. He was probably born in 1644 in Cremona, Italy. Stradivari's "Golden Period," from 1714 to 1720, was when he created his finest instruments. These pieces of art had an amber color, a flamed maple back, fabulous tone, and an excellent ease of response. Some of the violins made in this period were the Betts, Alard, and the Messiah. The value of a Stradivarius violin ranges from $25,000 to over $200,000.

12 Try Again Henry Purcell September 10, 1659 - November 21, 1695 a Baroque composer, is generally considered to be one of England's greatest composers — indeed, he has often been called England's finest native composer. He if famous for his opera music. One piece is Sound the Trumpet.

13 Johann Sebastian Bach is considered the “greatest genius of Baroque music”. In this compositions, Bach brought such musical techniques as counter point and fugue to their greatest heights. He wrote Christmas Oratorio – a series of six cantatas in 1734. Try Again

14 George Frideric Handel was a German-born composer who is known today mainly through his musical compositions called oratorios. His famous oratorio Messiah is one of the most popular works in music. The End 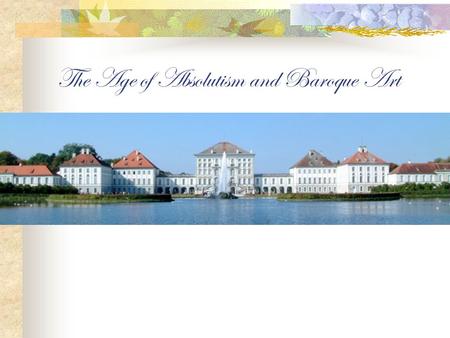 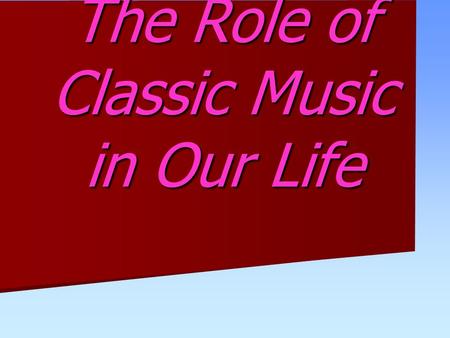 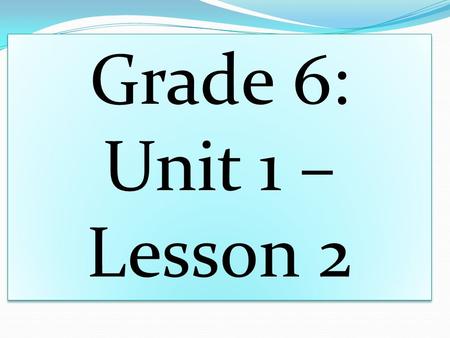 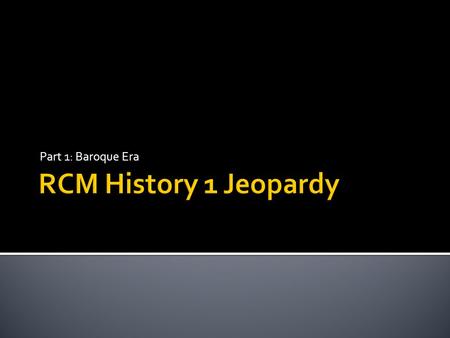 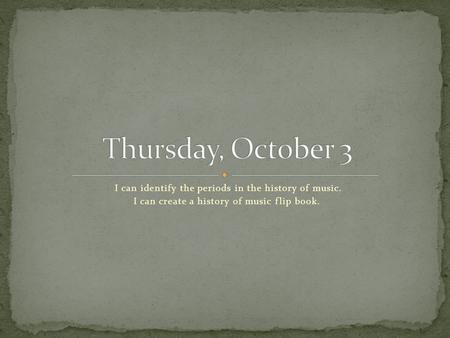 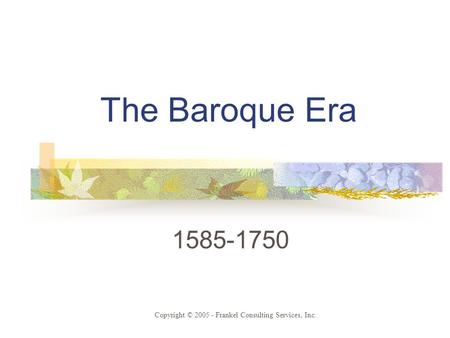 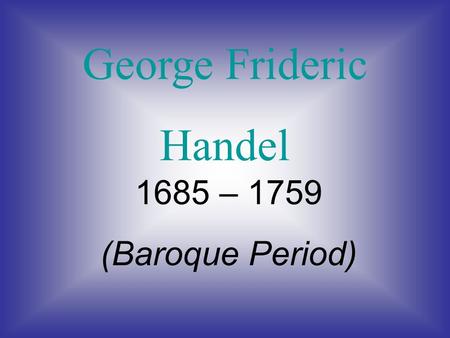