4 January 23, 20033 Final Project Due no later than March 19, 2003  You can turn in earlier.. Power Point presentation  4 pages  Extra points for special effects, animations Up load to your CATS account and write file location on your printout http://www.soe.ucsc.edu/classes/cmpe003/Winter03/finalproject.html

5 Programming Languages: Telling the Computers What to Do Chapter 16

7 January 23, 20036 Program Set of instructions written in a programming language that tells the computer what to do

8 January 23, 20037 Programmers Prepare instructions that make up the program Run the instructions to see if they produce the correct results Make corrections Document the program Interact with  Users  Managers  Systems analysts Coordinate with other programmers to build a complete system

10 January 23, 20039 The Programming Process: Defining the Problem What is the input What output do you expect How do you get from the input to the output

12 January 23, 200311 The Programming Process: Planning the Solution Accept series of numbers and display the average

13 January 23, 200312 The Programming Process: Coding the Program Translate algorithm into a formal programming language Within syntax of the language How to key in the statements?  Text editor  Programming environment Interactive Development Environment (IDE)

17 January 23, 200316 Choosing a Language Choice made for you  What is available?  Required interface What do you know best? Which language lends itself to the problem to be solved?

19 January 23, 200318 Machine Language Written in strings of 0 and 1  Displayed as hexadecimal Only language the computer understands All other programming languages are translated to machine language Computer dependent

26 January 23, 200325 Average a list of numbers Accept series of numbers and display the average

34 January 23, 200333 OOP: Object-Oriented Programming Encapsulation – describes the objects self- containment Attributes – the facts that describe the object Methods / operations – the instructions that tell the object what to do Instance – one occurrence of an object Messages – activate methods  Polymorphism Example: A ‘walk’ message causes Kitty to move (in a cat-like way)

35 January 23, 200334 OOP: Object-Oriented Programming Class – defines characteristics unique to all objects of that class Inheritance – Objects of a class automatically posses all of the characteristics of the class from which it was derived Subclass – inherits characteristics from class and defines additional characteristics that are unique Instance – actual occurrence of an object 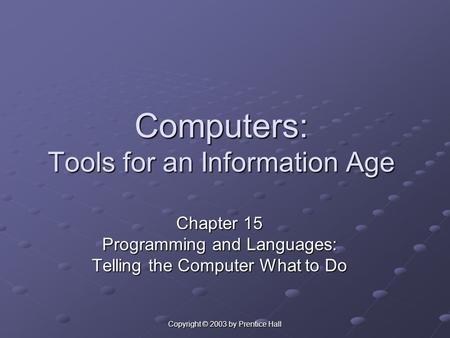 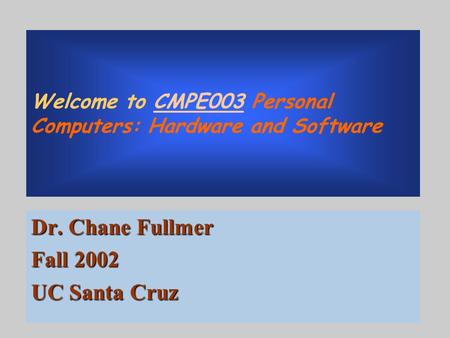 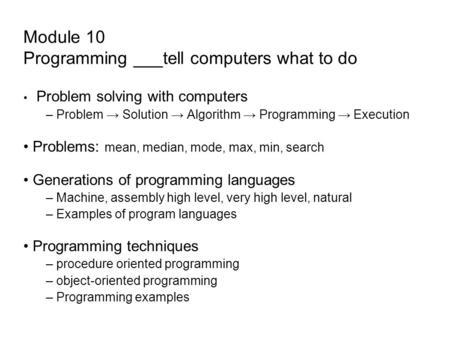 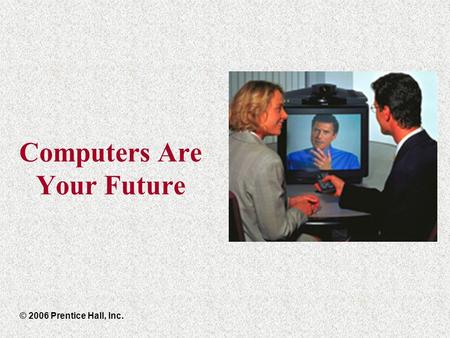 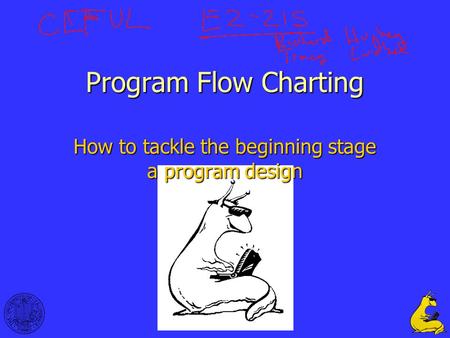 1 Program Flow Charting How to tackle the beginning stage a program design. 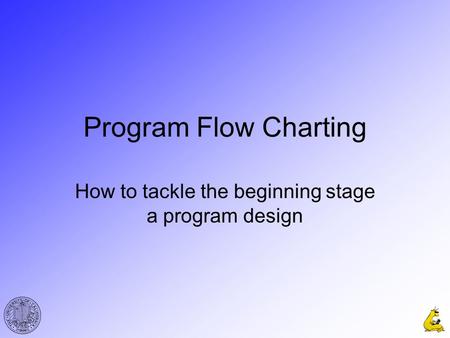