Presentation on theme: "Early Cultures Early humans were hunter-gatherers until they discovered agriculture. An advanced society developed because of agriculture…people stopped."— Presentation transcript:

1 Early Cultures Early humans were hunter-gatherers until they discovered agriculture. An advanced society developed because of agriculture…people stopped being nomads and settled in an area, grew their own food and made machines to make life more efficient.

2 History IDs Ancestors Agriculture Tool Society Hunter-gatherers
A relative who lived in the past. Farming Tool Society Any handheld object that has been modified to help a person accomplish a task. A community of people who share a common culture. Hunter-gatherers Ice Age People who hunt animals and gather wild plants, seeds, fruits, and nuts to survive. Long periods of freezing weather between 1.6 million to 10,000 years ago. Migrate- Paleolithic Era to move The “old stone age” from 2.5 million years ago to about 10,000 years ago. Domestication- changing plants or animals to make them more useful to humans. Neolithic Era The “new stone age” from about 10,000 years ago to about 5,000 years ago.

3 Geography At times in our planet’s history, huge sheets of ice and snow called glaciers covered large areas of the earth. Glaciers would advance and retreat ~ there were warm periods and periods of intense cold. During the cold, glaciers would advance; during the warm, they would retreat After the Ice Ages, the ocean level dropped and exposed land bridges. This allowed people to migrate around the world ~ to follow the animals they hunted into new lands. This also forced people to move and adapt to new environments.

4 Economics & Politics There was no real need for economics OR politics in the hunter-gatherer cultures. They took care of each other and needs were met Men were hunters, women were gatherers and child-bearers No ruler ~ usually just an older man/woman that was respected

5 Religion Worship of God, gods or spirits Prayed to ancestors
As populations grew, they performed religious ceremonies Early humans probably believed all things in nature had a spirit Some think cave paintings honor spirits of animals killed for food

6 Society and Culture Early humans lived in small groups
Started out as Hunter-gatherers When they moved to farming and survival was more certain, people began to focus on activities other than finding food They began to build permanent settlements and populations grew Agriculture allowed for an advanced society to develop

8 Tools of the Paleolithic Era

9 Science and Technology cont.
2. Language – developed to improve communication 3. Art A. Carved figures out of stone, ivory and bone B. Painted and carved images on cave walls to teach religious beliefs, express themselves and teach hunting practices 4. Clothing – animal skins sewn together 5. Shelter – provided protection from the cold A. Caves B. Pit houses C. Tents made of animal skins D. Permanent structures made of wood, stone, clay or animal bones

Download ppt "Early Cultures Early humans were hunter-gatherers until they discovered agriculture. An advanced society developed because of agriculture…people stopped." 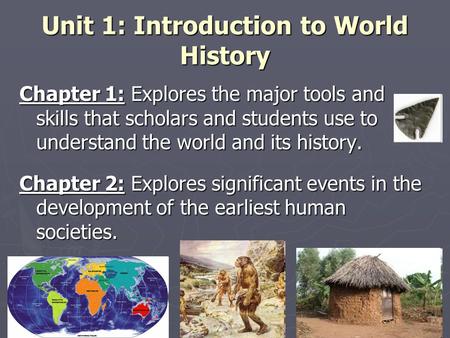 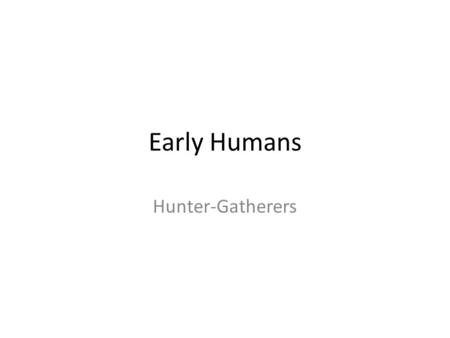 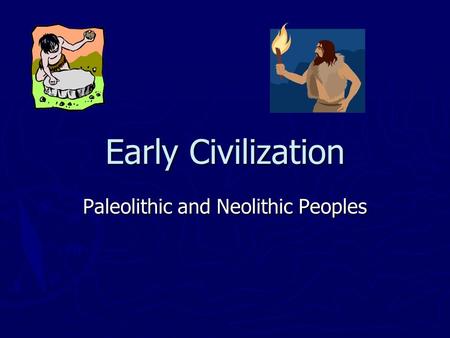 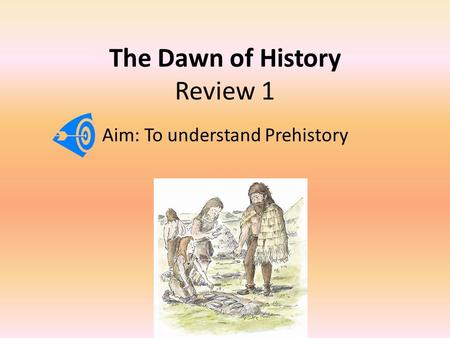 The Dawn of History Review 1 Aim: To understand Prehistory. 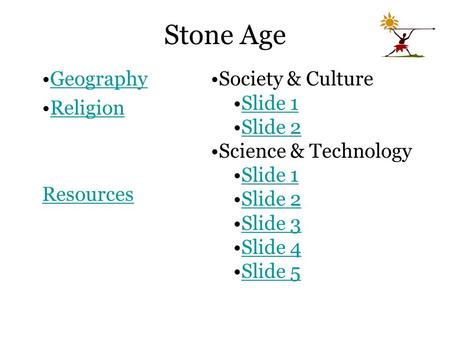 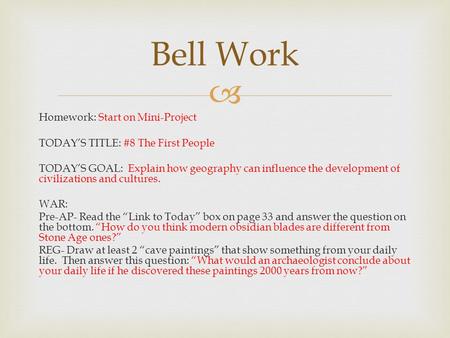