4  Rigid structure surrounding the cell. Made of cellulose.

6  Allows movement of materials into and out of the cell.  Just inside the cell wall.

14  Found only in plant cells  Where photosynthesis occurs.  Contains chlorophyll  Takes in the light energy from the sun to change water and carbon dioxide into glucose and oxygen

16  Produces energy so the cell can carry out functions.  Also called the “powerhouse of the cell”  Where cellular respiration occurs

23 Non-Vascular Plants  Plants have leaves and stems, but no real roots.  Do not conduct water and nutrients.  Classification of plants that mosses, hornworts, and liverworts is generally referred to as bryophyta.

28 Ferns  Lack flowers and seeds (have spores)  Have fronds which are large, divided leaves

30 Angiosperms  Seed producing  Also known as flower-bearing  Produce fruit that contain the seeds  Two types of angiosperms: monocots and dicots  Based on the number of cotyledons – part of the seed that stores food

34 Male parts  Produce the “sperm”  Stamen:  Consists of anther held up by a filament. This is where the pollen is produced (in the anther).

36 Photosynthesis and Cellular Respiration  Photosynthesis- A process by which plants convert sunlight, water, and carbon dioxide into food energy (glucose), oxygen, and water  Plants use carbon dioxide from animals  The chloroplasts change the O2 and sugars (food) into CO2, H2O, and ATP (energy) via the chlorophyll. 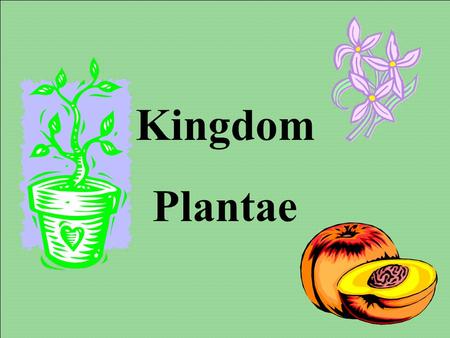 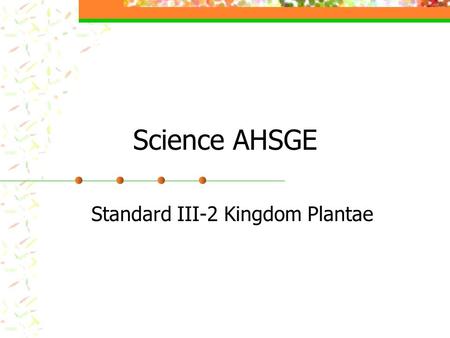 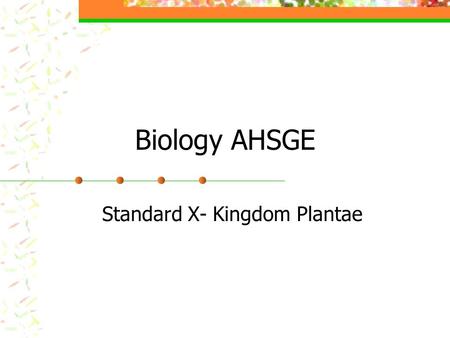 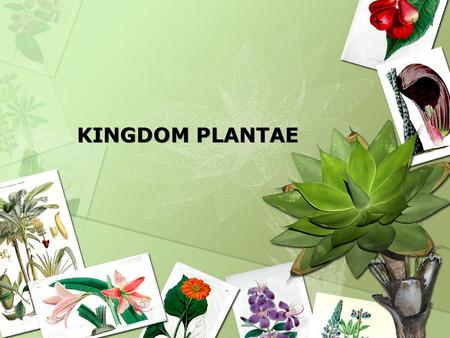 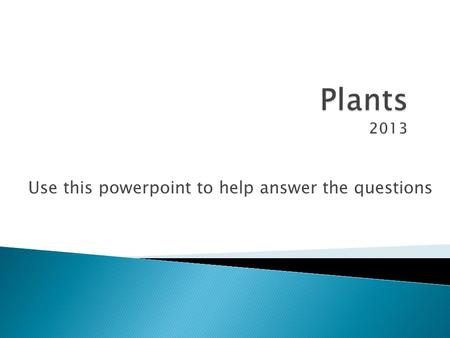 Use this powerpoint to help answer the questions 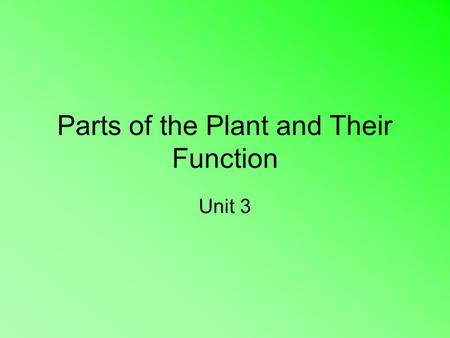 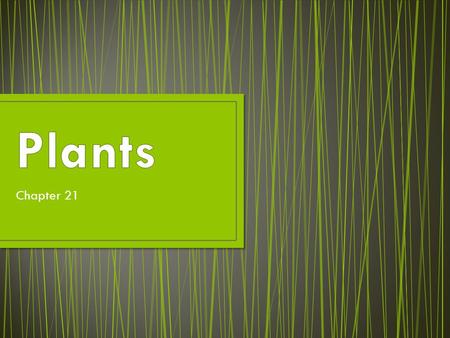 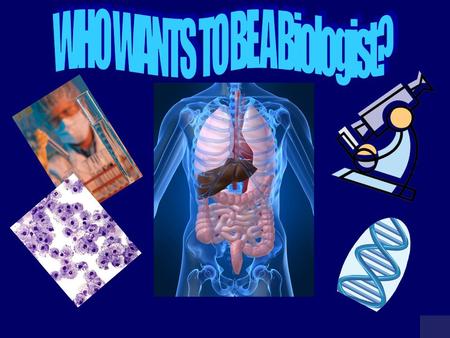 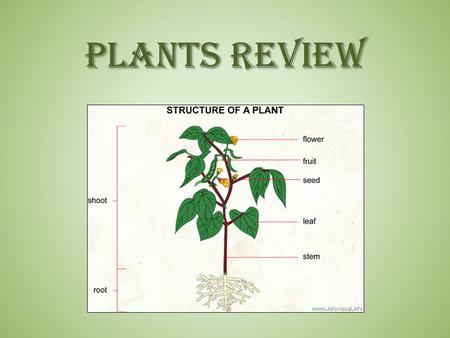 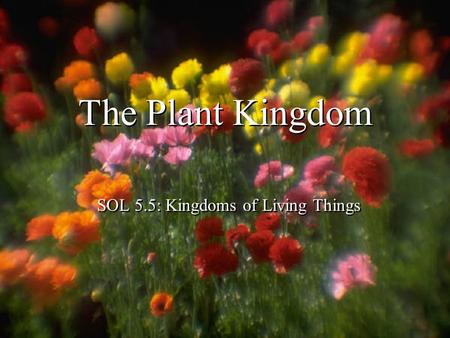 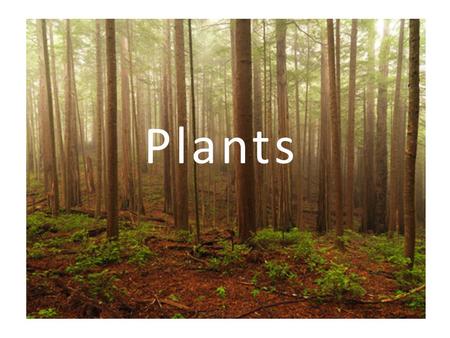 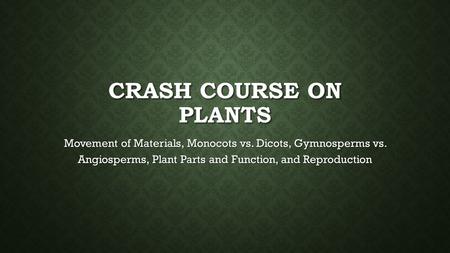 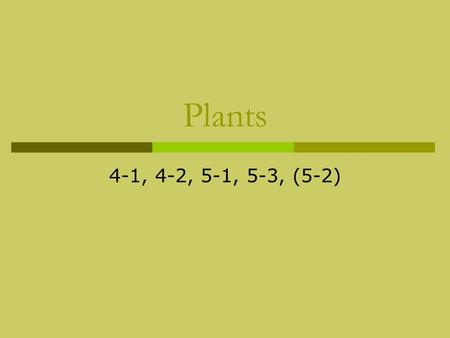 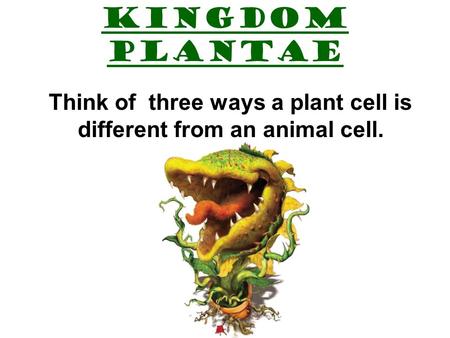 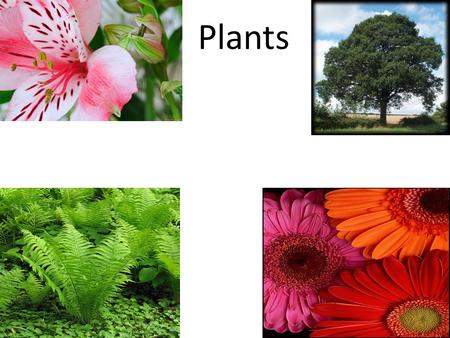 Plants. What are Plants? Multicellular eukaryotes Have cell walls made of cellulose Develop from multicellular embyros Carry out photosynthesis. 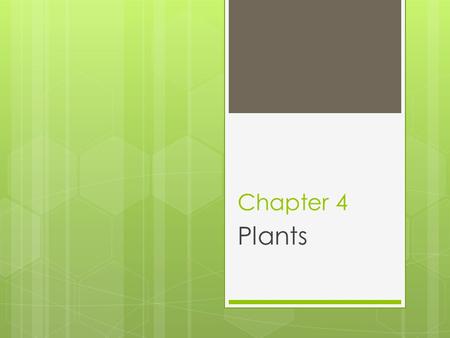 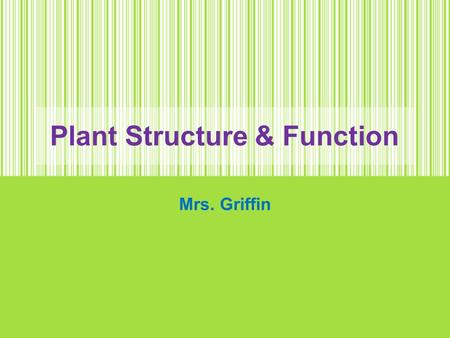