Presentation on theme: "Even nitrogen and oxygen react at the high temperatures found in a car’s engine, making poisonous nitrogen oxides. These also cause acid rain as nitric."— Presentation transcript:

2 Incomplete combustion If there is not enough oxygen when we burn fuel we get incomplete combustion. Poisonous carbon monoxide (CO) gas is formed. This binds more strongly than oxygen with red blood cells. Diesel engines use bigger hydrocarbon molecules than petrol. These do not burn completely and produce tiny unburnt particulates. These cause cancer and global dimming.

4 Take one sheet of A3 paper and create a mindmap or poster of the problems of burning fuels and what we have done to reduce them. Use pages 67-69 AQA for further guidance. Key themes to include: Acid Rain, Global Warming, Global Dimming. Key words: Sulfur dioxide, nitrogen oxides, fossil fuels, particulates, asthma, cancer, carbon monoxides, catalytic converter, incomplete combustion. Once you finish try p.69 Summary questions 1a, 2b and 3c for a challenge.

5 Answers 1a. Carbon dioxide absorbs energy from the Earth as it cools down, preventing it escaping into space. 2b. Catalytic converters do not remove carbon dioxide from exhaust gases. 3c. Particulates are darker in colour than snow and so may absorb more energy from the Sun than white snow, increasing the risk of polar ice caps melting.

Download ppt "Even nitrogen and oxygen react at the high temperatures found in a car’s engine, making poisonous nitrogen oxides. These also cause acid rain as nitric." 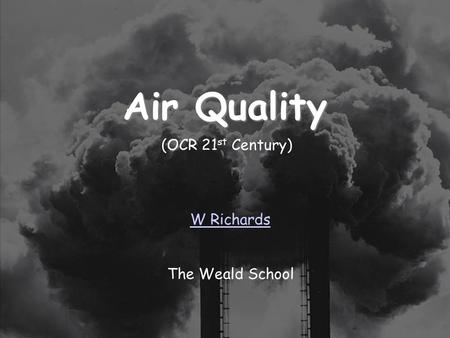 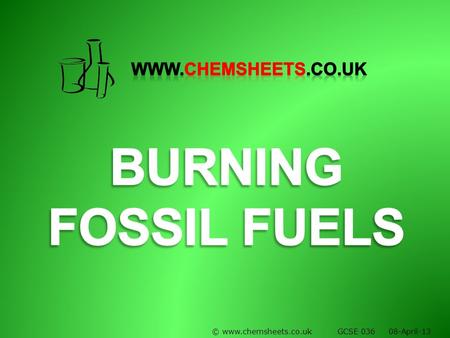 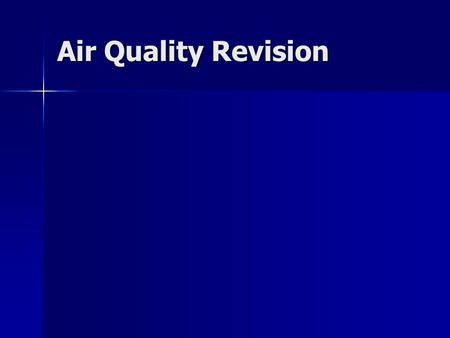 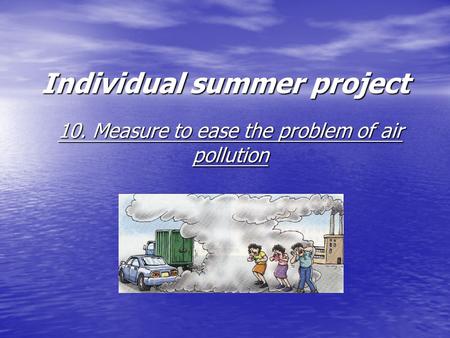