2 Collection Systems Collection systems (sewers) are used to collect wastewater and deliver it to a common location. In the case of sanitary wastewater (sewage) that location is some kind of treatment facility For storm-water, that location can often be an outfall to a receiving stream.

3 Collection Systems Collection systems play an important role in the control of water quality, Concentrate certain kinds of potential non-point discharges into point discharges, which can be managed more efficiently.

5 Sewer Types Sewers are an important class of open channels, typically subsurface, that are used to transport wastewater to its final release point back into the environment. The design life of sewers is usually on the order of 50 years, so design must account for expansion and population growth.

6 Sewer Types Sanitary sewer systems — individual discharges are collected, concentrated (in the volume sense), and delivered to a treatment plant for further processing. Storm sewer systems — individual discharges are collected, concentrated, and delivered to a receiving water. Combined sewer systems — A sanitary system designed to also collect storm-water. New combined systems are not built in the USA; older cities that were comparatively large in the 1880’s represent the remaining combined systems.

8 Sewer Types The categories share similar hydraulics, namely that of open channel flow, and topologically are similar (comprised of pipes, boxes, junctions, and lift stations) so many design principles are interchangeable, although the sewer’s purposes are different.

9 Sewer Types A sanitary system is to protect public health by isolating wastes from the environment until they can be treated and the reclaimed water released.

10 Sewer Types A storm system is to protect public health by removing nuisance flooding and keeping infrastructure serviceable during all but the most severe weather recently (last two decades) storm sewer systems have been called upon to confer water quality benefit, as they are the collectors that capture non-point pollution.

11 Sanitary Sewer Design Sanitary sewers are pipeline systems underground that collect and transmit sewage from distributed sources to a central location. The pipes are typically operated as open channels, that is the pipes are not supposed to flow full, and gravity is the driving force. In some portions of the system, the sewage has to be lifted to maintain flow towards the central plant these locations are called “lift stations”, and sewage on the discharge side of the pump flows in a pipe called a “force main.” Once the pipe returns to open flow, it is then just a sewage pipe.

12 Sanitary Sewer Design The rules of design are governed by federal law, state law, and in most cases municipal law. These various laws, codes, and guidelines prescribe materials, joints, labeling, etc. Nearly all sewer systems must be engineered (i.e. a PE is involved with the design), or at least designed by a licensed professional (the professional may not be an engineer in smaller on-site systems, but the design will be stamped with that professional’s credentials.)

13 Sewage Characteristics
Sewage behaves hydraulically as water. 5 percent solids by mass is typically the upper limit of raw sewage by volume the percentage is much smaller, perhaps as small as 0.05 percent.

14 Sewage Characteristics
Solids collect in the system Cleaning of sewers circa 1800’s. Cities like Paris, New York, London, etc. have large diameter sewers that probably still need personnel access. Houston, TX has several large diameter sewers — your instructor has even been in one (can’t you tell?).

15 Sewage Characteristics
The design engineer is concerned with the sewage quality insofar as it affects corrosion and safety to the maintenance personnel. For example, in the Texas code, there is some discussion of corrosion and odor issues:

16 Sewage Characteristics
For example, in the Texas code, there is some discussion of corrosion and odor issues: Corrosion potential: If a pipe or an integral structural component of a pipe will deteriorate when subjected to corrosive internal conditions or if a pipe or component does not have a corrosive resistant liner installed by the pipe manufacturer, the report must demonstrate the structural integrity of a pipe during the minimum 50-year design life cycle. A pipe must have an appropriate lining if the corrosion analysis indicates that corrosion will reduce the functional life of the pipe to less than 50 years.

17 Sewage Characteristics
For example, in the Texas code, there is some discussion of corrosion and odor issues: Odor Control. (a) An owner shall determine if odor control measures are necessary to prevent a wastewater collection system from becoming a nuisance, based upon the potential of the wastewater collection system to generate hydrogen sulfide. (b) A potential odor determination must include the estimated flows immediately following construction and throughout a system’s 50-year expected life cycle.

18 Sewage Quantity Sewage quantity is estimated in a similar fashion as water demand. Small residential service area flows are estimated based on population or equivalent residential units and per-person contribution to wastewater generation. Larger service area flows are estimated from land use (zoning), anticipated population, and similar nearby measured flows. Sewage is not measured routinely, but short-term studies (2-months) are within the capabilities of most jurisdictions, flow measurement is by weirs, magmeters, and acoustic-Doppler profiling.

20 Sewage Quantity Some further requirements are: Capacity Analysis.
An owner must ensure that a wastewater collection system’s capacity is sufficient to serve the estimated future population, including institutional, industrial, and commercial flows. An owner must include in the report the calculations that demonstrate that the hydraulic capacity of a collection system includes the peak flow of domes- tic sewage, peak flow of waste from industrial sites, and maximum infiltration rates. A collection system must be designed to prevent a surcharge in any pipe at the expected peak flow.

24 Sewage Quantity Yet another equation in the code is: where:
Q = flow in gallons per minute. A = rate factor. N = number of equivalent dwelling units served. B = factor of safety.

25 Sewage Quantity Yet another equation in the code is: where:
Q = flow in gallons per minute. A1 = rate factor. P = population served. B = factor of safety.

26 Sewage Quantity Other jurisdictions will have similar kinds of estimate guidelines. One important note, the units of each of these equations, which have similar mathematical structure, are quite different. One produces estimates in gallons/day, while the other two are gallons/minute. 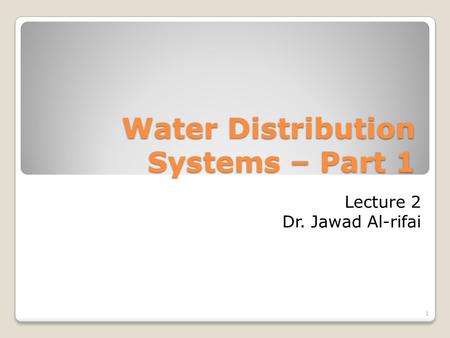 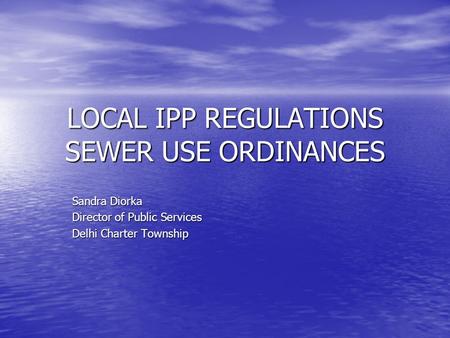 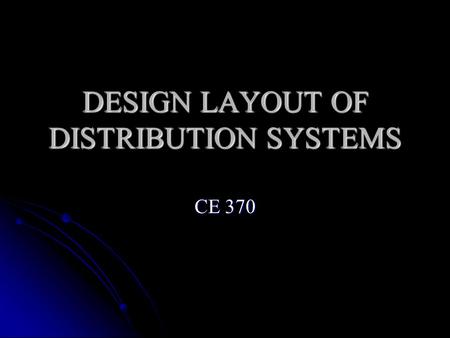 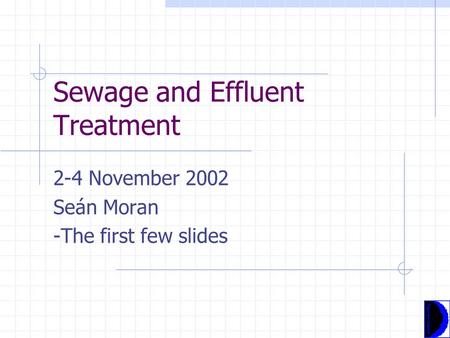 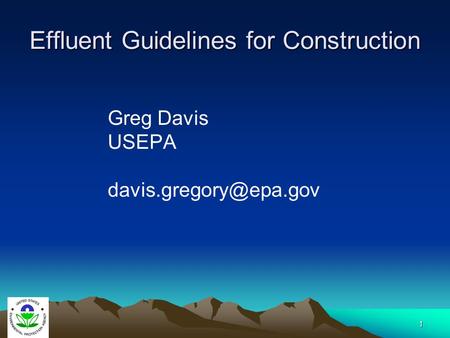 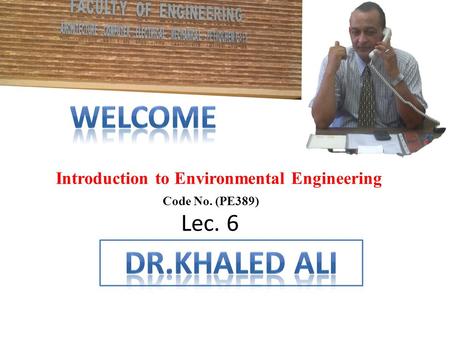 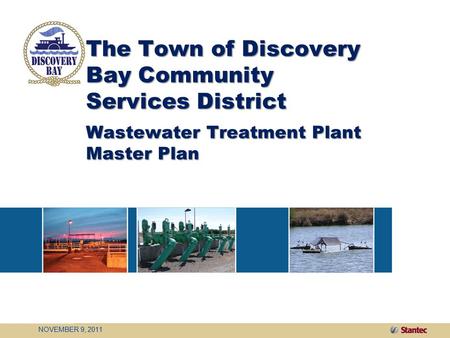 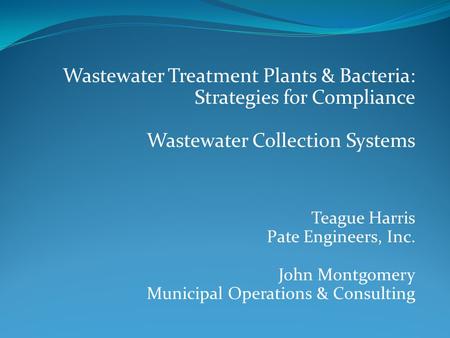 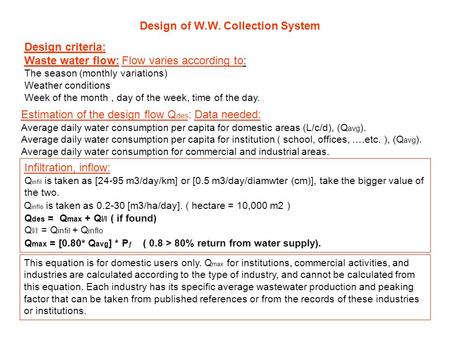 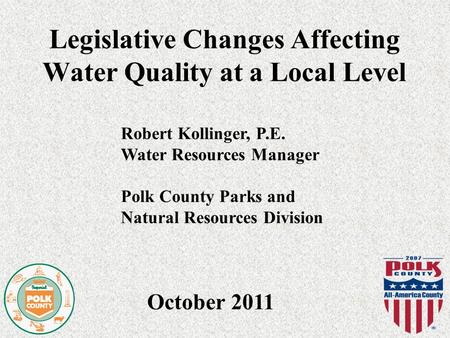 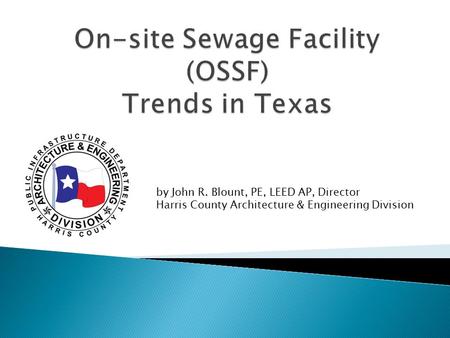 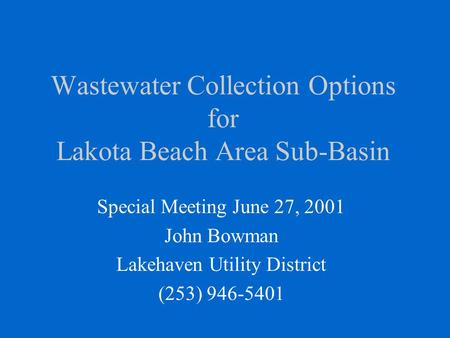 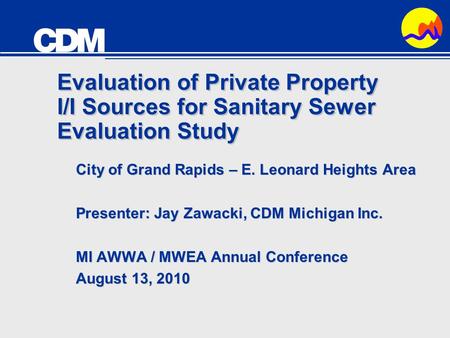 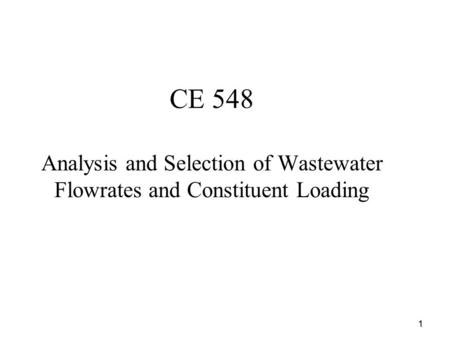 1 CE 548 Analysis and Selection of Wastewater Flowrates and Constituent Loading. 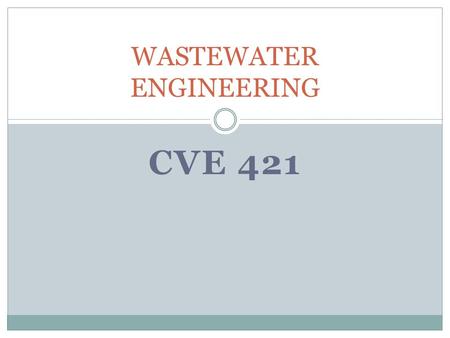 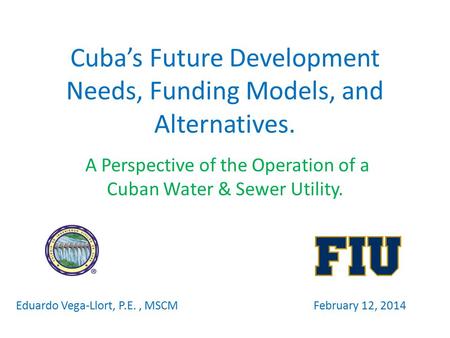 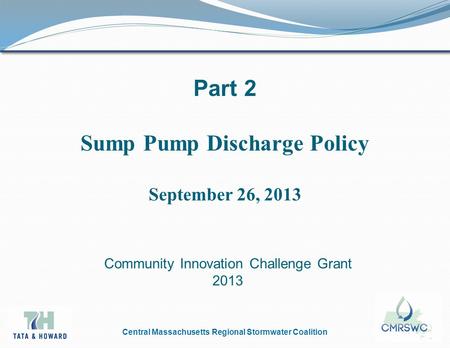 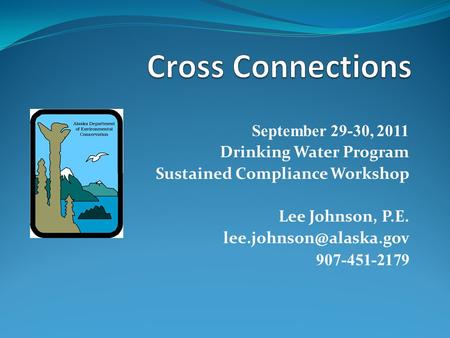 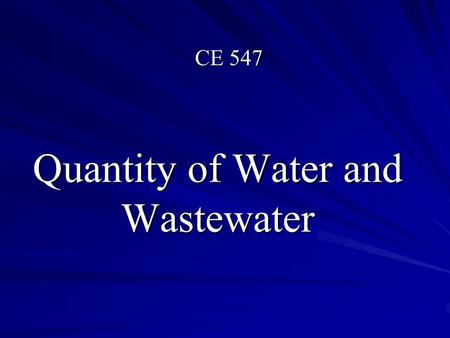 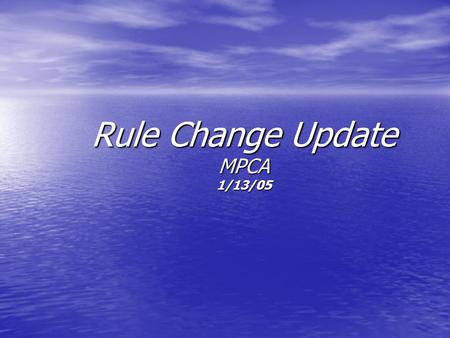