2 The Beginning The mass migration of a large percentage of the Albanian population of Kosovo occurred in the first half of 1999. Kosovo is part of the former country of Yugoslavia, which after many bloody civil wars during the last decade has now split into a number of countries (Bosnia-Herzegovina, Slovenia, Macedonia, Croatia and Yugoslavia itself). Kosovo is a province in Southern Yugoslavia, which borders Albania and has a large proportion of its population who have come from that country.

3 Ethnic Cleansing Yugoslavia's main population are Serbian, and they began to persecute the Kosovo Albanians, in an attempt to try to make them leave. This exercise went on unchecked until March 31st 1998, when the United Nations passed resolution 1160, which condemned the excessive force used by Serbian police against Kosovan civilians. Unfortunately the atrocities continued, with reports of "ethnic cleansing" occurring.

4 The Plan This led to the UN Security Council putting in place a military plan to force the Serbs out of Kosovo, whilst allowing the Albanians back in. As the tension rose between the Yugoslavian president Slobodan Milosevic and the United Nations, people literally flooded out of Kosovo, fleeing from the killing and destruction brought by the Serbs.

5 The Movement Over 850,000 people were forced to migrate, most of them ending up in huge refugee camps in neighbouring Albania, Macedonia and Montenegro. As the UN military offensive began on March 24th 1999, it was estimated that over 4,000 refugees were crossing the border from Kosovo every hour.

6 The Effects Although the conflicts and deep- rooted hatred have not been fully resolved, the UNHCR announced that by the middle of August 1999, 95% of the Kosovan refugees had returned to their former homes, although many had found them burned down and destroyed.

7 Most Famous Forced Migrations Jews forced to move from Germany, Poland and other European countries by Hitler's Nazi's before and during World War 2. (Genocide). Asians forced to move out of Uganda by Idi Amin in the 1970's. (Threats of genocide). Africans forced to travel in cramped conditions on boats across the Atlantic to the United States in the 18 th and early 19 th century. (The slave trade). Nearly 2 million Vietnamese have migrated to Hong Kong since the end if the Vietnam War in 1975. (Fear of persecution by Communist rebels).

8 Most Famous Forced Migrations The population of Monserrat have been forced to move to the North of the island or migrate due to volcanic eruptions, which have now gone on for a number of years. Mass migrations by people in Ethiopia during the mid-1980's to look for water and food. (Drought meant that they had neither food or water). The original population of Australia were prisoners from the United Kingdom, who were forced to go there, and usually stayed. 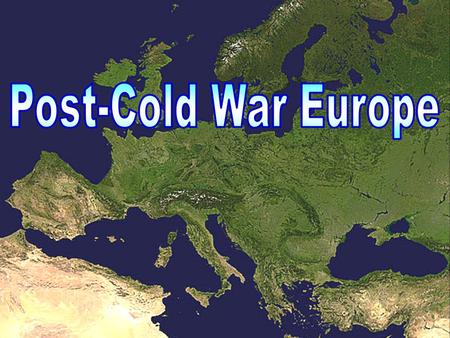 1.What challenges have Russia and Germany faced since the fall of the USSR? 2.Who was Slobodan Milosevic and what is ethnic cleansing? 3.Why are there. 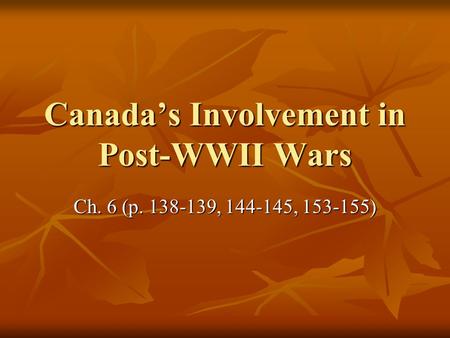 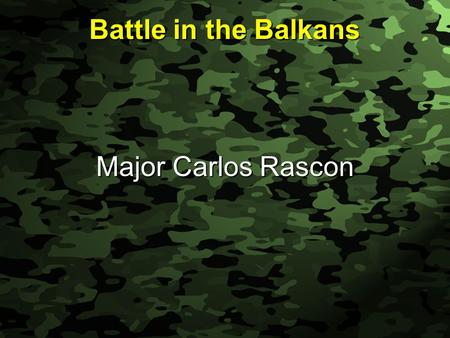 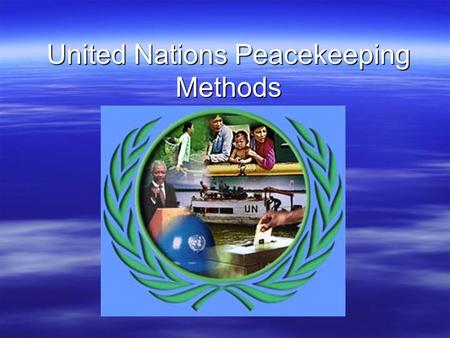 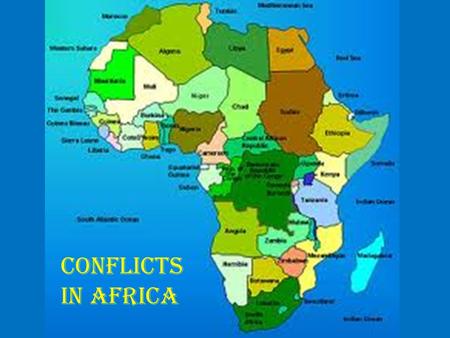 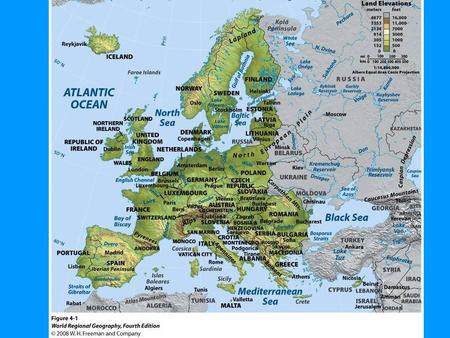 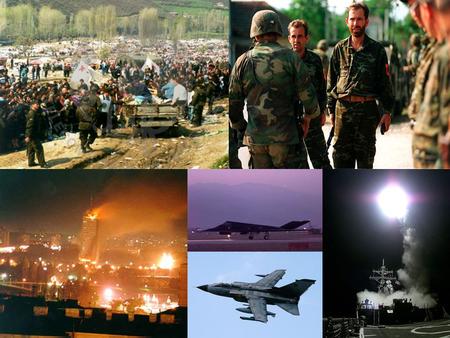 Overview Understand the causes, outcome and impact of the Kosovo War and NATO’s Operation Deliberate Force Understand the impact and controversy surrounding. 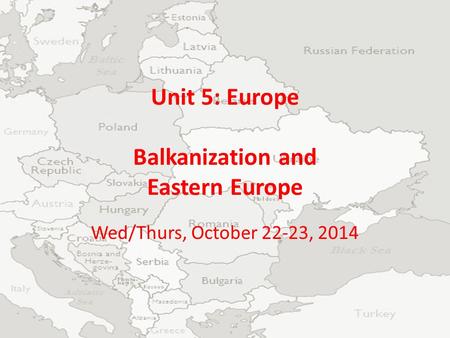 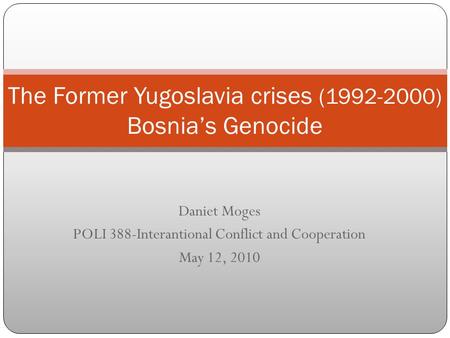 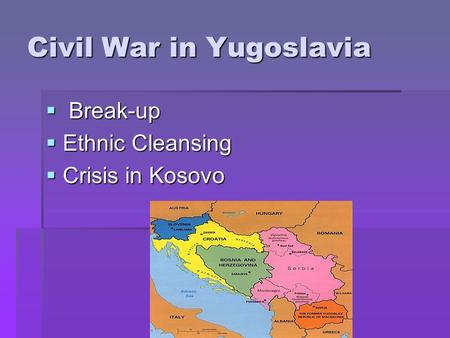 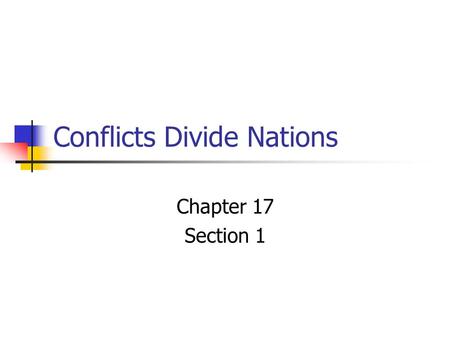 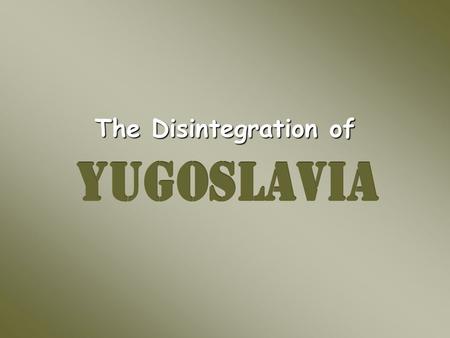 The Disintegration of. Political Map of Serbia Ethnic Map of former Yugoslavia. 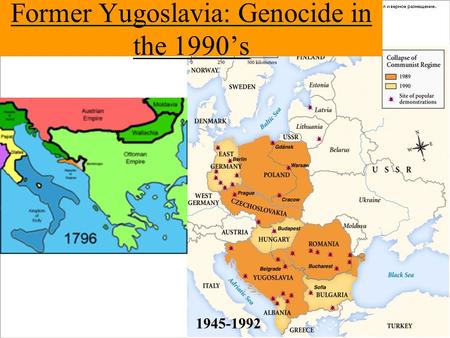 Former Yugoslavia: Genocide in the 1990’s 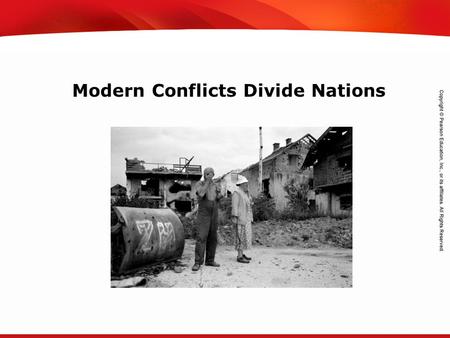 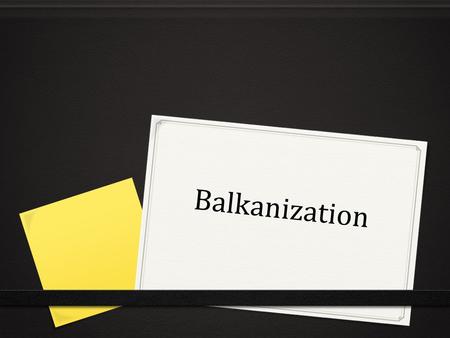 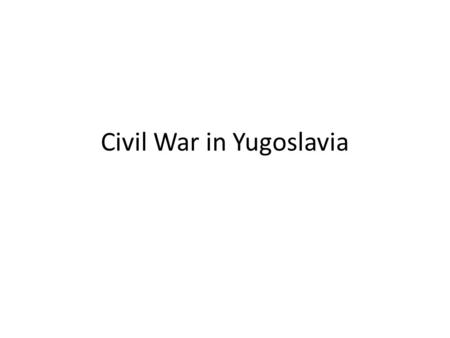 Civil War in Yugoslavia. Bosnia Background – Yugoslavia was formed at Versailles in Under control of Marshall Tito after WWII until the early 1980s. 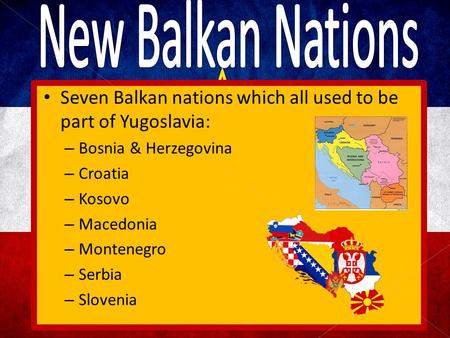 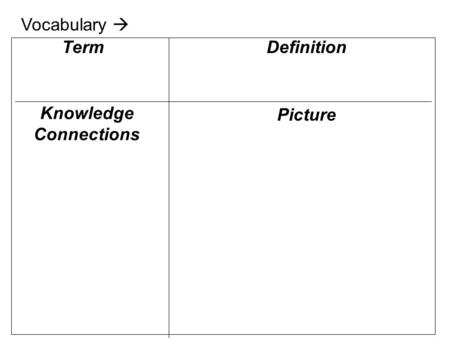 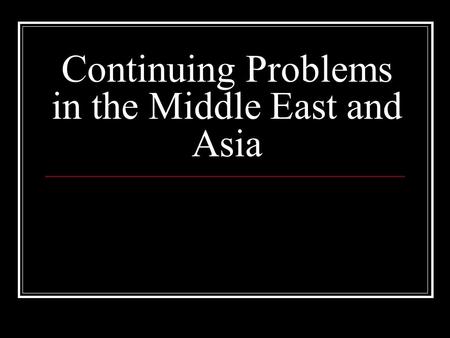 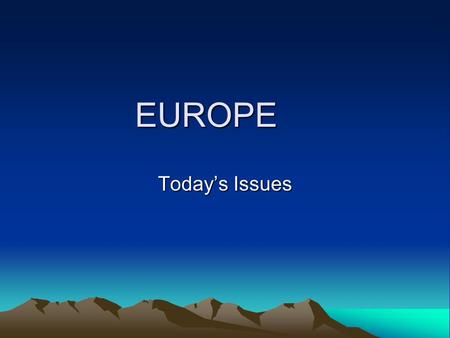 EUROPE Today’s Issues. Turmoil in the Balkans Slobodan Milosevic President of Serbia from President of Yugoslavia from Led Serbia.