7 An alloy is a mixture of two or more metals.

8 Standard 2 2.b- Students know chemical bonds between atoms in molecules such as H2, CH4, H2CCH2, N2, Cl2 and many large biological molecules are covalent. Out of these elements listed above which are covalent?

9 2.c- Students know salt crystals, such as NaCl, are repeating patterns of positive and negative ions held together by electrostatic attraction.

10 2.d Students know the atoms and molecules in liquids move in a random pattern relative to one another because the intermolecular forces are too weak to hold the atoms or molecules in a solid form.

11 8.3 Names and Formulas for Ionic Compounds
The simplest ratio of the ions represented in an ionic compound is called a formula unit. 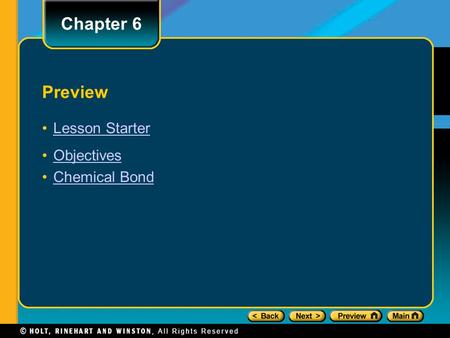 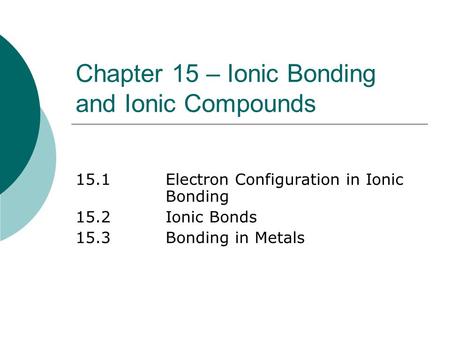