2 Learning Targets Explain how the octet rule is related to bond formation Identify the location of metals and nonmetals on the periodic table. Describe how ionic bonds are formed Discuss some important properties of ionic compounds

3 The Octet Rule According to the octet rule, in forming compounds, atoms tend to combine with other atoms so that they each have 8 valence electrons

4 Formation of Ionic Bonds
Anions (negative ions) and cations (positive ions) have opposite charges. They attract one another by electrostatic forces The forces of attraction that bind these oppositely charged ions are called ionic bonds

7 The chemical formula of sodium chloride (NaCl) represents a formula unit, or the lowest whole-number ratio of cations to anions in an ionic compound

9 Properties of Ionic Compounds
Ionic compounds are always composed of one nonmetal and one metal Electrons transfer from a metal to a nonmetal Where are metals located on the periodic table? What about nonmetals? Metals = left of the stairs except hydrogen Nonmetals = right of stairs and plus hydrogen Elements never gain or lose more than 3 electrons as they form ionic compounds

12 Review: What is electronegativity???
The ability of an atom to attract electrons to itself 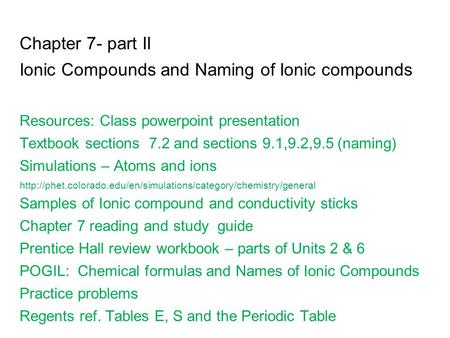 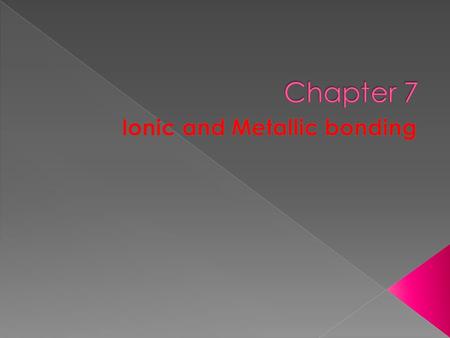 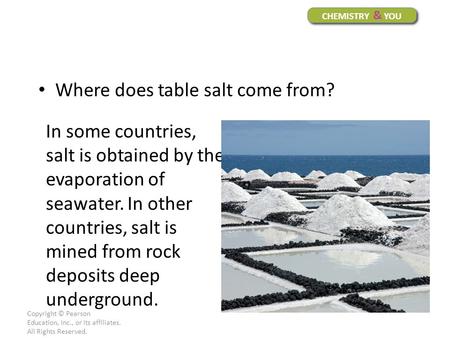 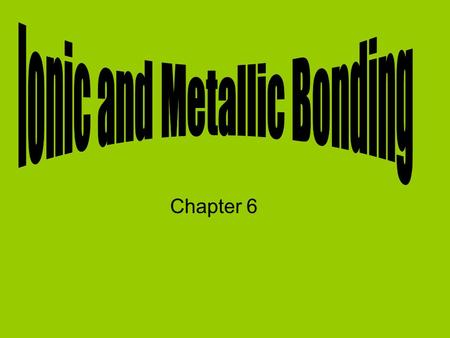