Penalty Enforcement. Making and Reporting The Call Once you have determined that a foul has been committed, you must determine which of the following.

Presentation on theme: "Penalty Enforcement. Making and Reporting The Call Once you have determined that a foul has been committed, you must determine which of the following."— Presentation transcript:

2 Making and Reporting The Call Once you have determined that a foul has been committed, you must determine which of the following situations you are in: – For loose-ball technical fouls (and also for most goalie interference and crease violation fouls even if the ball is not loose), you will either employ the play-on technique or sound the whistle immediately (see Mechanic 18 for details). – For a foul by the team in possession, or for any loose-ball personal foul, blow your whistle immediately.

3 Making and Reporting The Call For a foul by Team B when Team A is in possession (other than most goalie interference and crease violation fouls), throw your flag and yell “Flag down!” without blowing your whistle. Team A will then be allowed a chance to complete the scoring opportunity. Play will stop either when Team A scores a goal or when the rules require the official to blow the whistle and stop play.

4 Making and Reporting The Call Once you sound the whistle, you should: Make sure the play is completed, including any dead-ball residue after the play. Check for flags from your partner. If there are multiple flags, you may need to conference to determine if you have two flags for the same foul or flags for two different fouls. Position yourself promptly but not “hurriedly”: – Facing the table. – With an unobstructed view of the table. – Stand up straight with your feet set. Signal the penalty.

5 Signaling the Penalty Fouls with possession by the team that was fouled: (The following does not apply to goalie interference and crease violations with possession in the crease; these cases are covered later.) Throw the flag straight up into the air (10 to 15 feet). Yell “Flag down!” Allow the offensive team (with possession) to complete their play. Sound your whistle to stop play when the rules require you to (See “Rule 7”). Make certain all residual action among the players has ceased.

6 Signaling the Penalty Turn toward the table and announce the following information: – The uniform color of the offending player. – The number of offending player (and signal the number with your hands). – The foul the player committed (give signal). – The time to be served (30 seconds; if technical give “T” signal). – Who will have possession and where the ball will restart (e.g., “Blue ball, free clear”;“Blue ball outside the box”). Get the ball to where it will restart.

7 Bench Penalties If a penalty is called against a team when no definite player is involved (not a simple offside) or when the penalty is against someone other than a player in the game, the official shall assess the penalty time against the in-home. In-home: Starting attack, first name in the score book when attack is listed first. This number is also listed on your scorecard.

Download ppt "Penalty Enforcement. Making and Reporting The Call Once you have determined that a foul has been committed, you must determine which of the following." 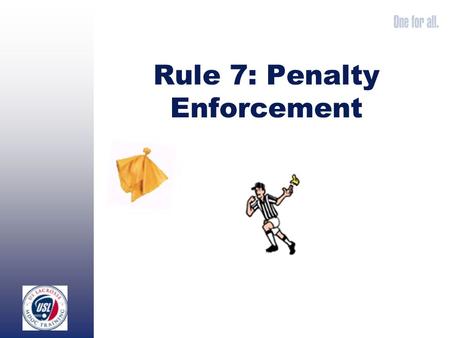 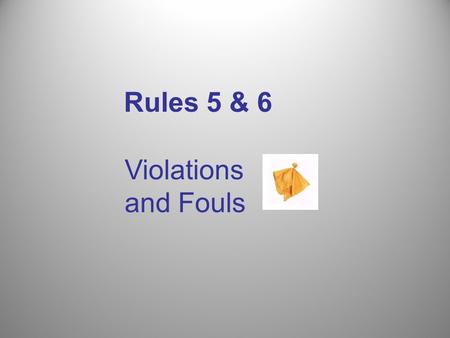 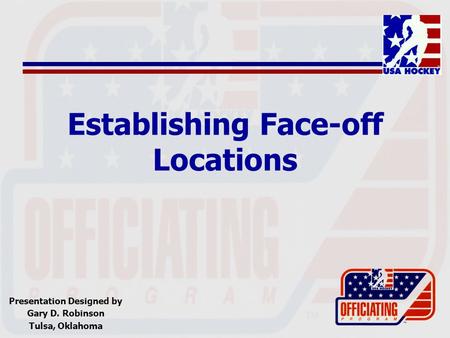 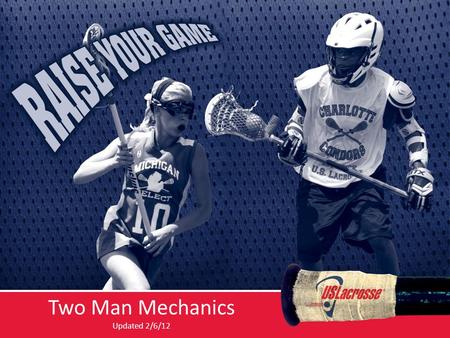 Two Man Mechanics Updated 2/6/12. The Mission of our Mechanics To put us in the best position to make the calls that allow us to keep the game safe and. 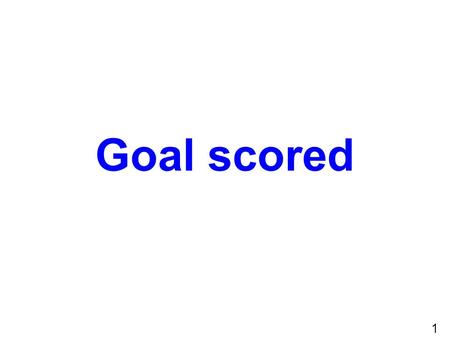 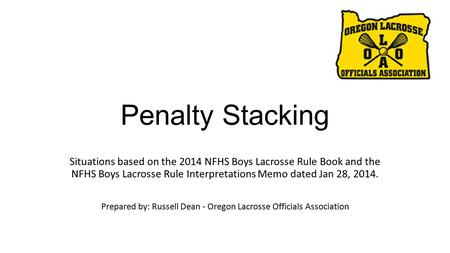 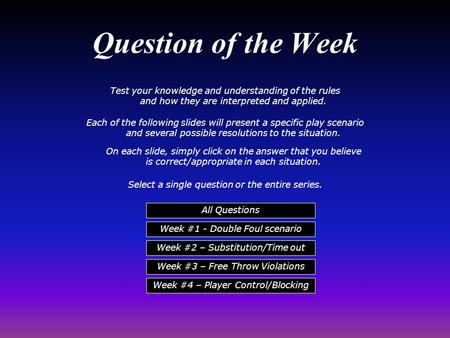 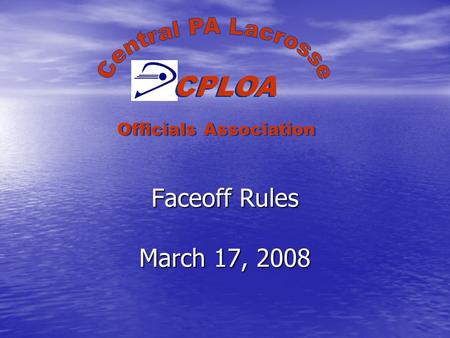 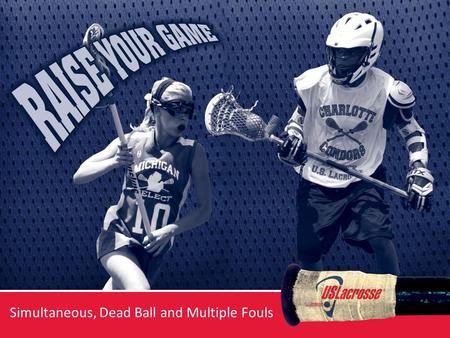 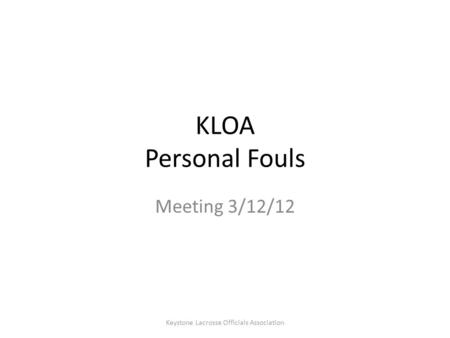 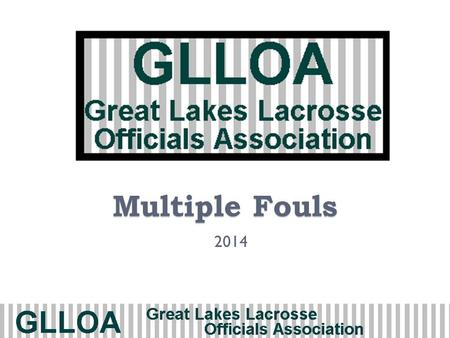 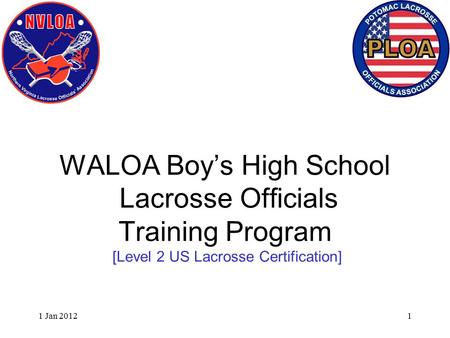 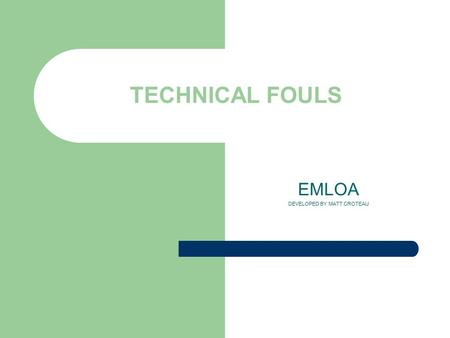 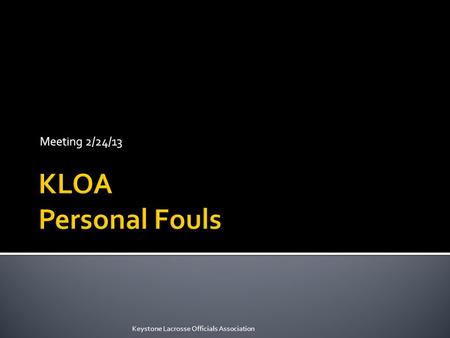 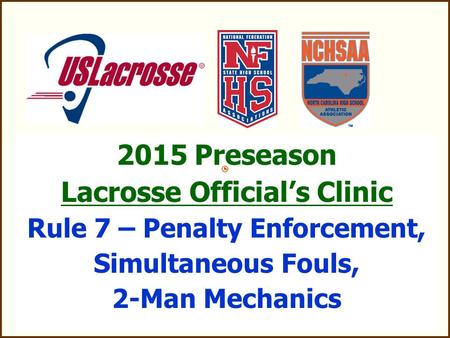 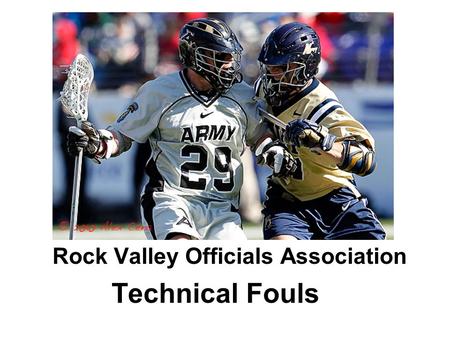 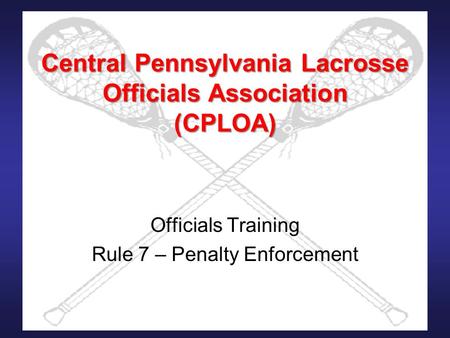 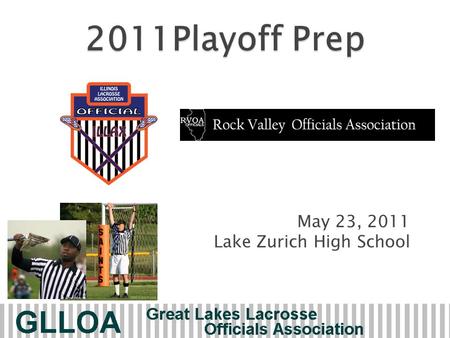 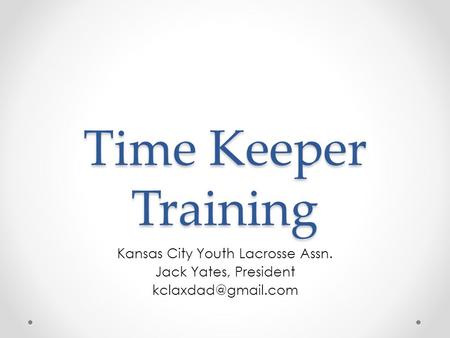 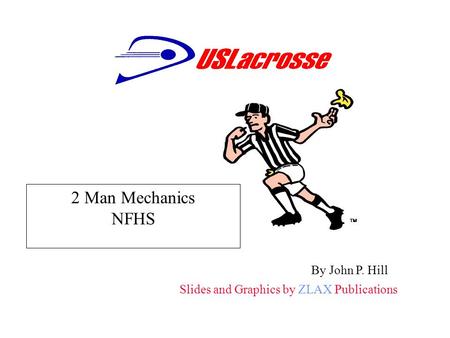