2 Early beginnings Before 100 BC, Britain was populated by a mixture of tribes, including the Celts, Picts, Irish and Cornish. They all spoke a variety of Celtic languages. © 12961 Page 2 of 15

3 The origins of English In the 5th century AD, settlers from west Germany crossed over to Britain. These tribes were called Saxons, Jutes and Angles, and set up kingdoms called ‘East Anglia’, ‘West Saxon’, ‘East Saxon’ etc. They spoke a dialect of the Germanic language and this slowly evolved into the English we speak today. © 12961 Page 3 of 15

4 Old English (c. 400–1100 AD) The language spoken by the Germanic settlers developed differently to the forms found in what is now known as Germany. This early form of English is known as ‘Old English’. © 12961 Page 4 of 15

5 Influences during the Old English period
Viking invaders started arriving in north east England in the 8th century. Parts of their Scandinavian language (which is closely related to Germanic languages too) , including words describing family and animals, spread through northern England. These words were integrated into Old English. © 12961 Page 5 of 15

6 Middle English (c. 1100–1450 AD) When the Normans invaded in 1066, French became the dominant language (of court, the church, and the nobility) while the rest of the country spoke versions of English. Gradually, English became more widely used by the educated upper classes and by 1425 English was used universally again in speech and writing. However, it had changed completely since the Old English period and became known as Middle English. © 12961 Page 6 of 15

7 Features of Middle English
French lexis heavily influenced by especially legal, religious and administrative terms such as justice, jury, govern and sovereign. grammar Middle English became much simpler, reflecting the way the two languages had to co-exist inflections disappeared (all plurals ended -en, -es or -s. Go to the ‘Ages of English’ interactive timeline at to listen to Old and Middle English texts. © 12961 Page 7 of 15

9 Early Modern English c.1470–1700
In 1476, William Caxton introduced the printing press to Britain. Many texts could now be mass-produced, which meant that there was a move towards standardisation in how they were printed, in terms of spelling and punctuation. Many Greek and Latin texts were translated into English. Caxton chose the East Midlands (London, Oxford, Cambridge) dialect to print works in. This soon became the most prestigious form of English. © 12961 Page 9 of 15

12 Late Modern English c. 1700 – modern day
From 1700 onwards, English became more standardised and similar to the language we recognise today. In 1755, Samuel Johnson finished the first ‘Dictionary of English’. Many writers had attempted this before but his version was more comprehensive than ever before. In 1762, Robert Lowth published the first English grammar book, which laid out some of the fundamental rules for ‘correct’ usage. © 12961 Page 12 of 15

13 Standardisation and presctiptivism
During this time, many writers made attempts to define the lexicon and grammar of English (Johnson, Lowth etc). This led to a view that some non-standard varieties of English were inferior – this is called Prescriptivism. Latin was upheld as the ideal language and used a model for English grammar, even though it had a very different structure. © 12961 Page 13 of 15

14 19th century English Rail travel, colonial expansion, the spread of literacy and mass production of the printed word extended everyone’s access to a standard written form of English. The Industrial Revolution changed the way people worked and lived their lives, so new words were needed. English borrowed huge numbers of words from all over the world. American English was becoming a language in its own right, with its own rules and spelling. © 12961 Page 14 of 15

15 Modern developments English is now a world language of communication.
Electronic media like mobile phones and the internet have radically changed the way we communicate with each other. A more colloquial and casual style of language reflects major social changes. Estuary English (a south-eastern dialect) has become widespread in UK. American English increasingly influences British English and English worldwide. © 12961 Page 15 of 15 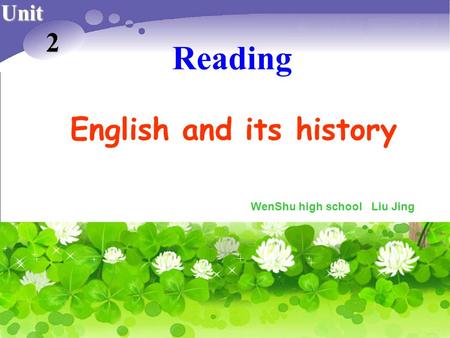 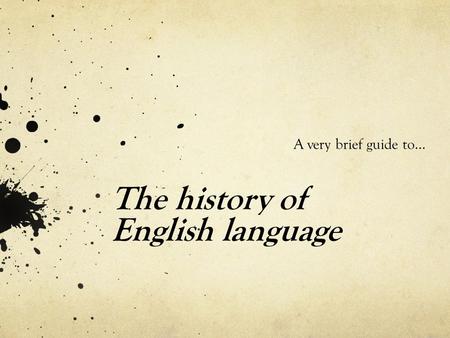 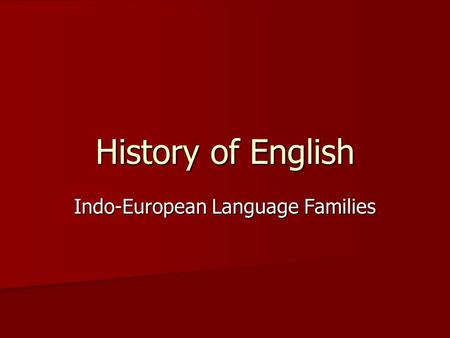 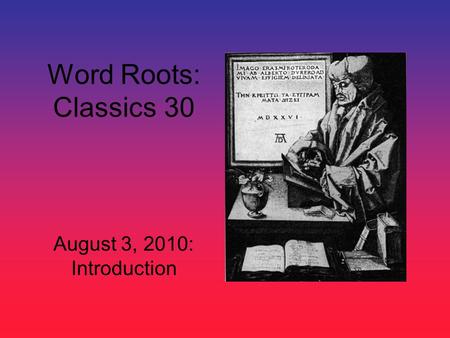 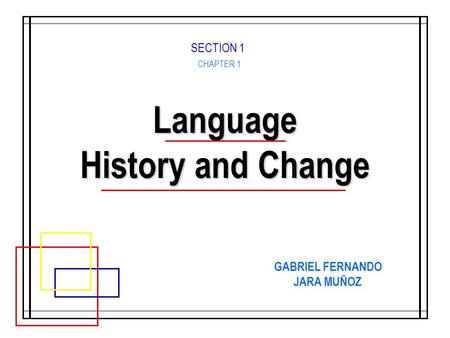 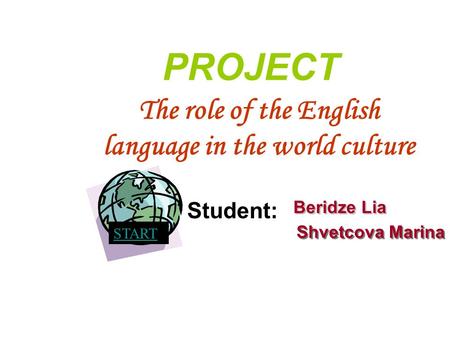