3 The Levels of Language and Linguistics

4 Grammatical Components A unit is a linguistic sequence of varying composition which itself carries a grammatical structure or which operates in the structure of other grammatical patterns. Five grammatical units: –Sentence, clause, group, word, morpheme. Units are related to each other hierarchically on the scale of rank. –All units, except the sentence, are characterized by their function in the patterns.

6 A sample of constituent analysis 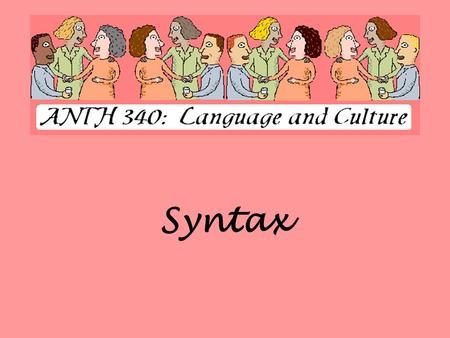 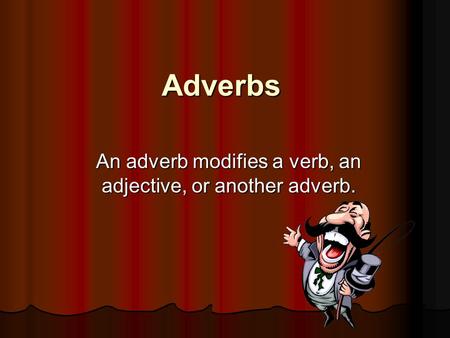 Adverbs An adverb modifies a verb, an adjective, or another adverb. 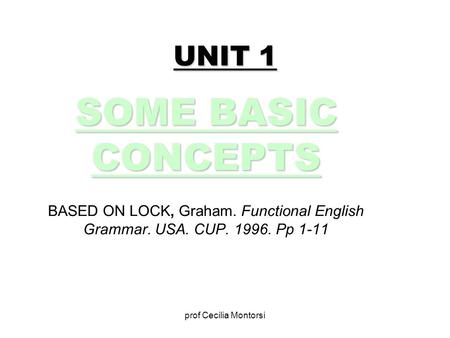 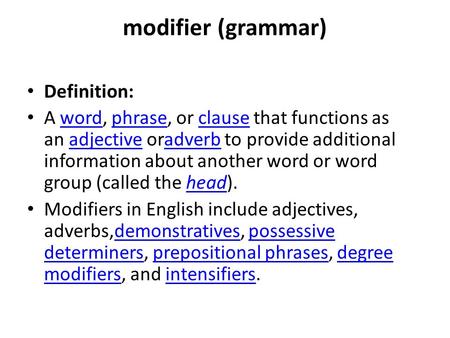 Modifier (grammar) Definition: A word, phrase, or clause that functions as an adjective oradverb to provide additional information about another word or. 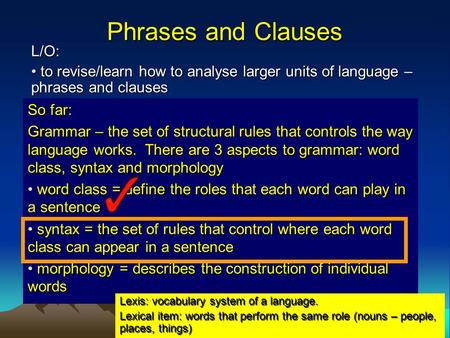 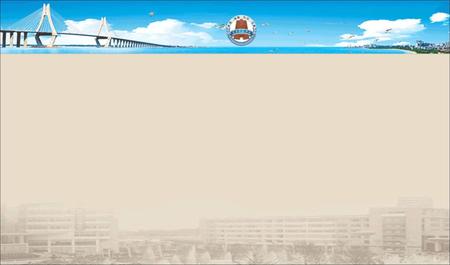 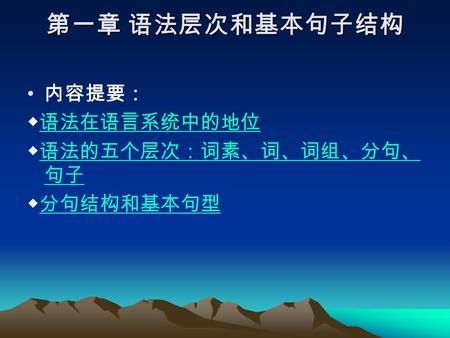 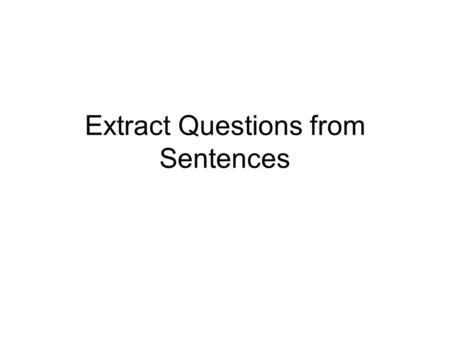 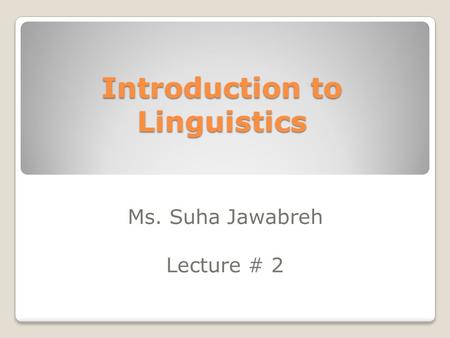 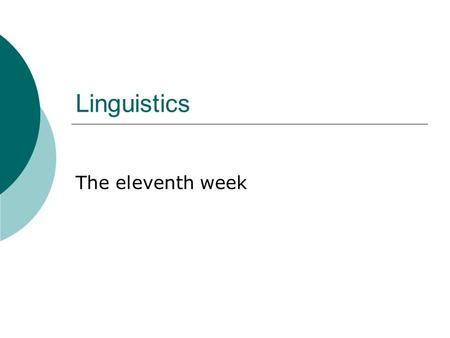