2 What’s the Problem? Until July of 2008 the majority of authoritative DNS servers worldwide were completely insecure… Only we didn’t know this. A couple of DNS experts had foreseen potential problems, so their software already had defenses against this security flaw - djbdns and PowerDNS. The flaw is formally known as DNS Cache Poisoning, but is now referred to as “The Kaminsky Bug.”

3 Dan Kaminsky’s Bug Dan Kaminsky In March of 2008 was said to have mumbled the words, “Oh sh_t, I just broke the Internet.” The only problem was – he had. http://www.unixwiz.net/techtips/iguide-kaminsky-dns-vuln.html http://en.wikipedia.org/wiki/DNS_cache_poisoning http://www.wired.com/techbiz/people/magazine/16-12/ff_kaminsky?currentPage=1

4 An Emergency Meeting was Held… …in building Nine on the Microsoft campus at 10 am on March 31. Paul Vixie, an original author of BIND and president of the Internet Systems Consortium (isc.org) arranged the meeting and the attendees. Kaminsky presented and gave those present until August 6 to find a solution to the Cache Poisoning problem he had found. Secrecy around the issue was maintained until July 21 when a “security expert” leaked the flaw. The temporary solution is known as “source port randomization”. The permanent solution is known as DNSSEC.

5 DNS Cache Poisoning Conceptually quite simple: 1.Create a fake authoritative name server for an entire zone. 2.From attack machine ask a local DNS cache server for the IP address of a site in that zone not already in the cache. 3.Caching serving goes to authoritative server to ask for the site’s IP address. 4.Meanwhile attack box floods the DNS cache with fake responses for the site. Fake responses include information indicating "I don't know the answer, but you can ask over there” – i.e. authoritative information for the zone is contained. 5.If the attacking box can “guess” the query ID that the caching server is listening for on port 53, then it will accept the response, believe the new authority record and stop listening to the actual authoritative server for that zone! 6.There are, by default, 65535 potential query IDs, but with proper flooding techniques you can generally “guess” a query ID within 10 seconds on an unpatched Caching server.

8 Source Port Randomization Rather than 65535 possible query IDs increase this number dramatically – between several hundred million and 4 billion. You can still poison the cache, but a concerted, longer-term attack is required. You must monitor your DNS boxes for this. If you have not patched your DNS software, then your DNS server can be owned in 10 seconds or less… Source port randomization does not solve the cache poisoning attack, it only puts a bandage on the issue…

9 DNS Security We need DNS Security to solve DNS Cache Poisoning attacks as well as generally: Authenticating DNS data Authenticate the denial of existence of domains. To ensure data integrity or – in “plain English” To be able to verifiably know that the reply to our DNS query is valid and has not been spoofed.

11 Where is the DNS Vulnerable?

17 The DS Record Delegation Signer: Contains the hash of the public key used to sign the DNSKEY which itself will be used to sign the zone data. Follow DS RR's until a ”trusted” zone is reached (ideally the root). An excellent discussion of DNSSec by Geoff Houston: http://ispcolumn.isoc.org/2006-08/dnssec.html

31 What Does this Protect in the end?

32 Conclusion Next we’ll do some exercises and discuss issues. In addition – we have references to a large bibliography and a recent status update of DNSSEC deployments available linked on this classes web pages: http://localhost/trac/wiki/Agenda 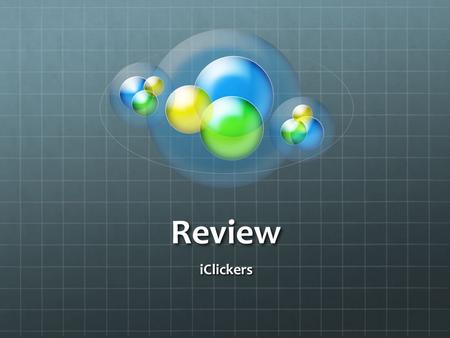 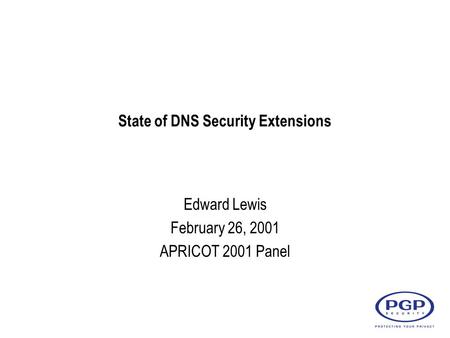 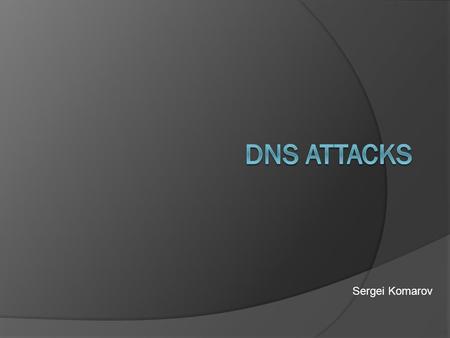 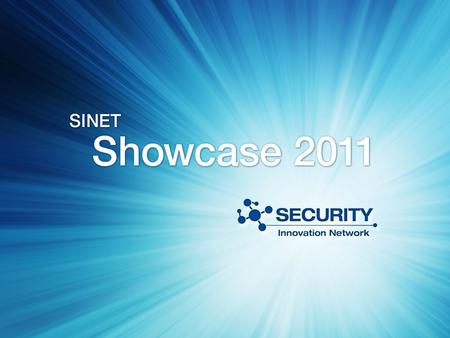 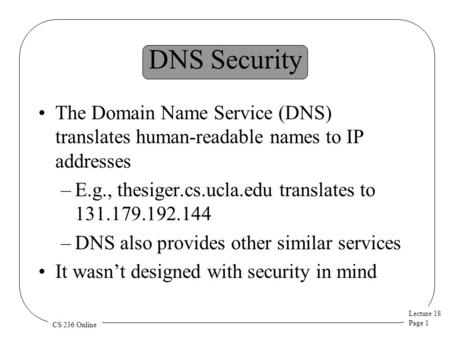 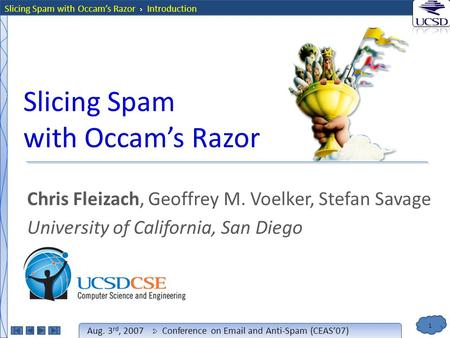 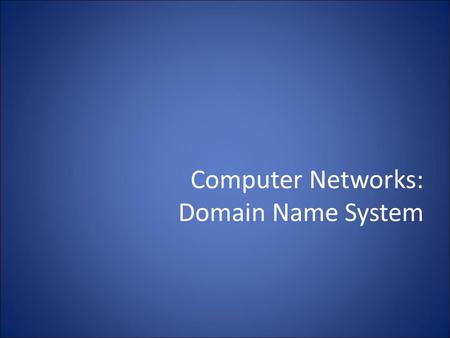 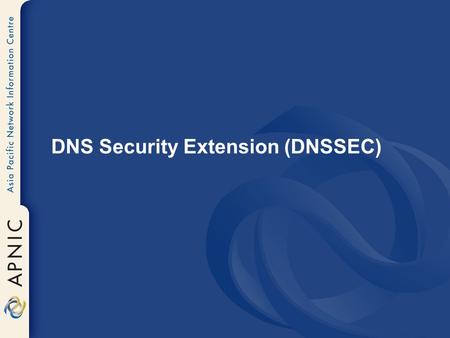 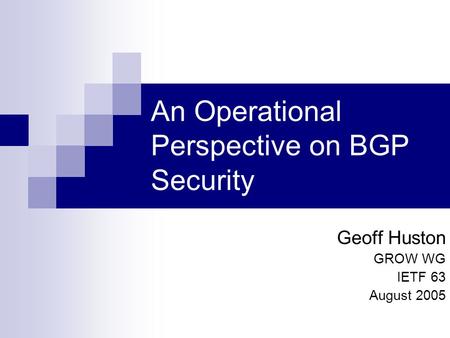 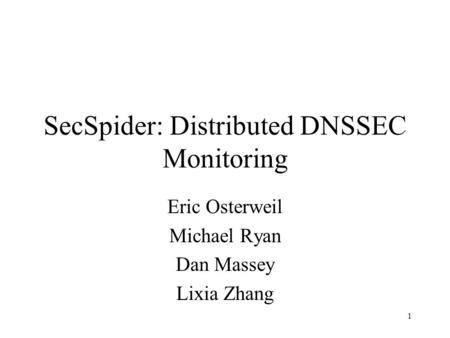 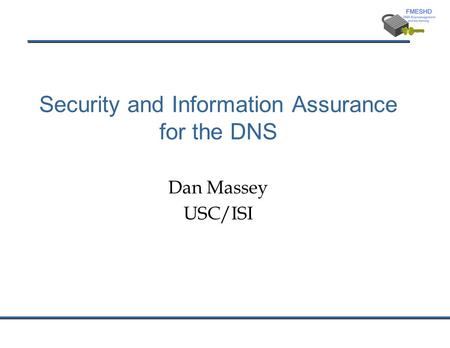 Security and Information Assurance for the DNS Dan Massey USC/ISI. 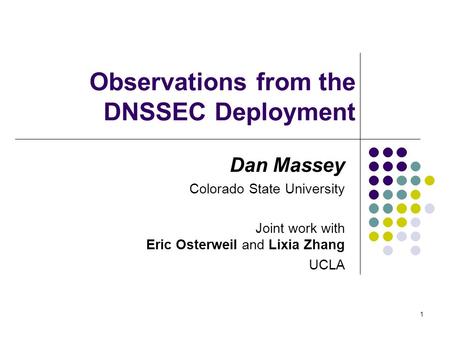 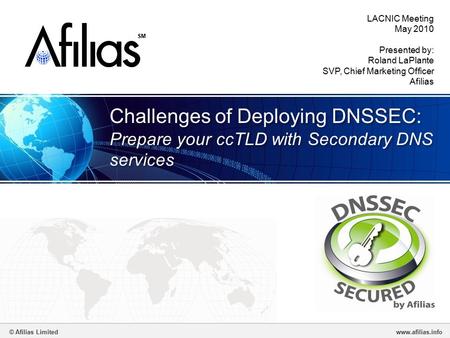 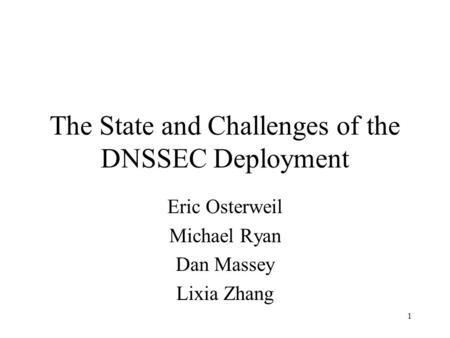 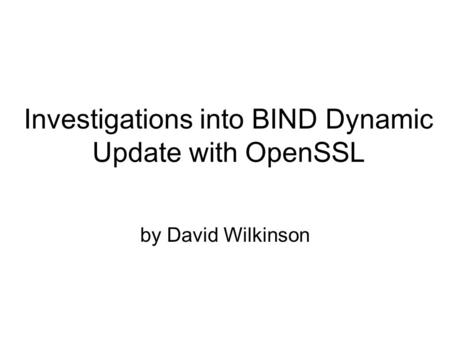 Investigations into BIND Dynamic Update with OpenSSL by David Wilkinson. 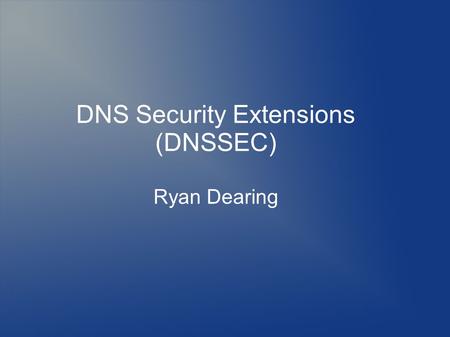 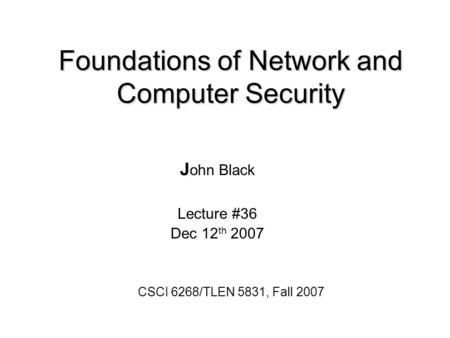 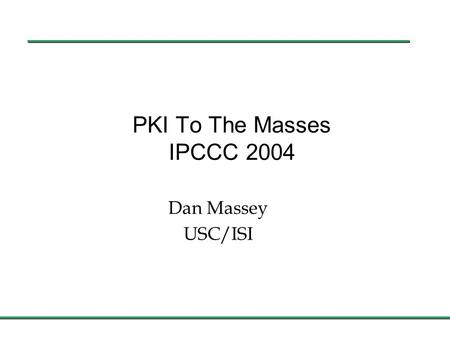 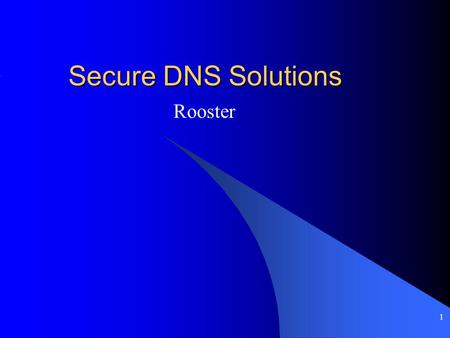 1 Secure DNS Solutions Rooster. 2 Introduction What does security mean for DNS? What security problems exist for DNS, what is being done about them, and. 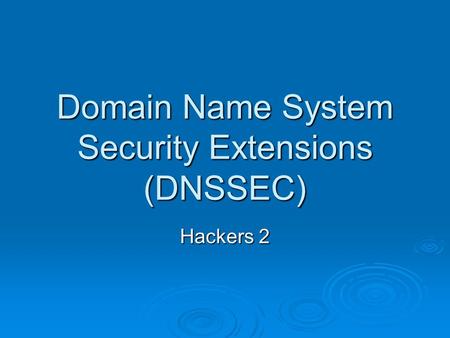