3 © Boardworks Ltd 2003 The importance of oil These hydrocarbons are vital to our way of life. We use them as highly portable fuels for many forms of transport. We also use them as raw materials from which a huge range of useful everyday substances are made.

5 © Boardworks Ltd 2003 What is crude oil? Crude oil is a mixture of different sized hydrocarbons. The exact composition depends upon where the oil comes from but typically it contains a lot of big molecules. Small molecules Medium molecules Big molecules

9 © Boardworks Ltd 2003 The boiling points of molecules We have already said that, in general, the bigger the molecule the higher the boiling point. No. Carbon atoms   B.Pt ( o C)

11 © Boardworks Ltd 2003 The flammability of molecules When hydrocarbons burn they are reacting with oxygen in the air. In general, the smaller the molecule the better it will mix and then react with the air.

12 © Boardworks Ltd 2003 Flash points are (roughly) the temperature below which you cannot ignite the substance. Here is some flash points data for oil fractions. Link the molecule to the flash point. SubstanceFlash Point Kerosine<23 Petrol85 - 150 Fuel Oil23 - 61

13 © Boardworks Ltd 2003 The viscosity of molecules When we pour a liquid the molecules have to pass each other. The easier they do this, the runnier the liquid is. The molecules in fuel oil and bitumen may contain up to 400 carbon atoms in long chain structures. These chains easily become entangled reducing the runniness of the liquid and so those made up of big molecules tend to be viscous (treacly) not runny.

14 © Boardworks Ltd 2003 In contrast, small molecules are more spherical and tend not to get tangled. They are therefore likely to have a low viscosity (be runny). Bigger molecules Higher viscosity “Treacly” Smaller molecules Lower viscosity “Runny” The viscosity of molecules

16 © Boardworks Ltd 2003 The colour of molecules Small hydrocarbon molecules are gases or transparent liquids. As the molecules get larger the colour becomes increasingly yellow through to the brown/black colour of bitumen used on roads and roof repairs. Increasing size of molecules 

17 © Boardworks Ltd 2003 The composition of fractions? We already know that each petroleum fraction consist of hydrocarbon molecules falling within a particular size range. The proportions of the different hydrocarbons present in oil can vary greatly across the world. It is therefore not surprising that the exact nature of the fractions collected will vary both in amount and detailed composition. Nonetheless most crude oil will give rise to some quantity of each type of fraction.

21 © Boardworks Ltd 2003 Which is a correct statement about crude oil? A.A mixture of carbohydrates. B.Formed by the decay of dead sea creatures. C.Consist of a mixture of very large molecules. D.Is purified in an oil rig.

24 © Boardworks Ltd 2003 Which of these is a true statement about the changes that occur as hydrocarbon molecules get larger? A.Boiling point decreases. B.Viscosity increases. C.Flammability increases. D.Transparency increases. 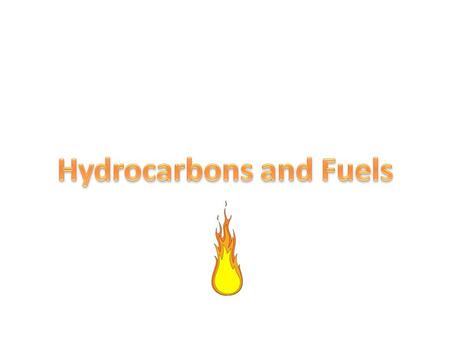