2 Solar System  9 planets going around Sun  Other than that the solar system is practically empty. Most of that is near perfect vacuum.  Large: about 12 billion km across

3 This image shows the sun and 9 planets approximately to scale. The order of these bodies are Sun, Mercury, Venus, Earth, Mars, Jupiter, Saturn, Uranus, Neptune, Pluto

10 Solar System  Orbits are almost in a plane (within a few degrees) and close to circular.  Mercury and Pluto are most eccentric and have highest inclination.

22 Water on Mars! greeting card from my hockey mate at Jerusalem

24 Asteroids  Most of them are between Mars and Jupiter: Asteroid Belt  The composition is similar to that of terrestrial planets (rocks and metals)

25 Comets (Ices, rocks)  Comets have ices covering them, and these vaporize and produce a gas halo around the comet when it comes close to Sun.  Kuiper belt comets : from extended wedge of asteroids beyond the orbit of pluto, 30- 100AU  Oort cloud comets: from very extended halo of comets, probably it extends to 100,000AU.

27 Answer (e) Pluto. Sometimes Neptune is further, but it is not a choice.

32 Question  Which of these takes the least time to travel around the Sun? (a) Mars (b) Mercury (c) Earth (d) Moon (e) Pluto 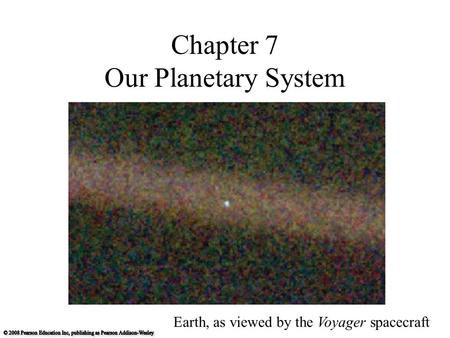 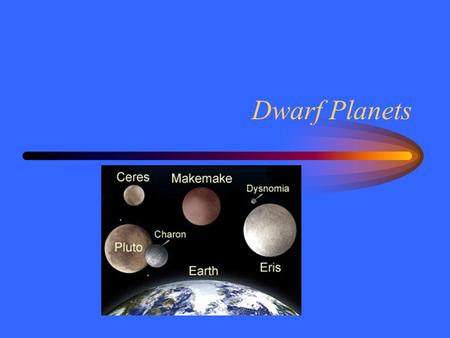 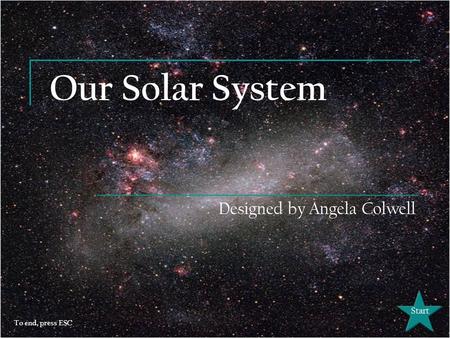 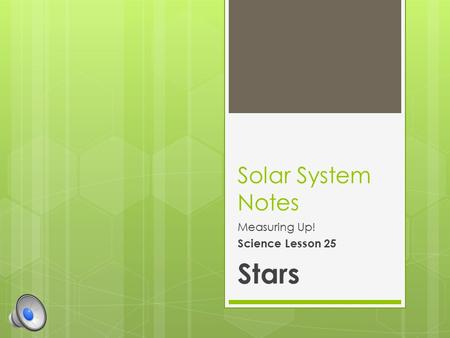 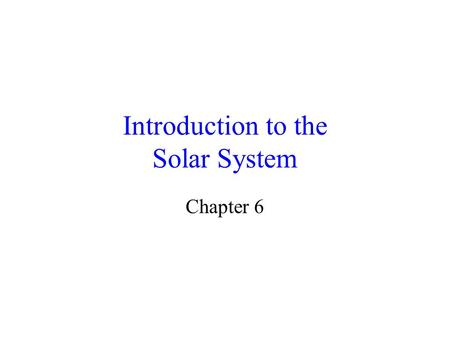 Introduction to the Solar System Chapter 6. The Sun. 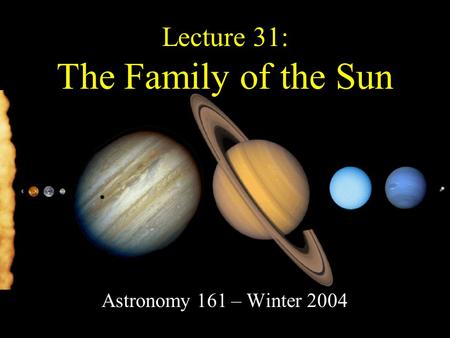