Reversible Reactions & Dynamic Equilibrium.  The Haber Process is a REVERSIBLE reaction.  A reversible reaction is one where the products of the reaction.

Presentation on theme: "Reversible Reactions & Dynamic Equilibrium.  The Haber Process is a REVERSIBLE reaction.  A reversible reaction is one where the products of the reaction."— Presentation transcript:

2  The Haber Process is a REVERSIBLE reaction.  A reversible reaction is one where the products of the reaction can themselves react to produce the original reactants.

3  The French chemist Le Chatelier worked all this out!!!  In a dynamic equilibrium the position of the equilibrium will shift in order to relieve any stress you introduce.

5  In the Haber process, the pressure is set as high as possible to give the best % yield.  High pressure containers are VERY expensive.  It could be possible to carry out the reaction at 1000 atmospheres – but this would not be economical (it would cost more than the product is worth).  The typical pressure used is 200 to 300 atmospheres.

7  In order to get NH 3 produced at a quicker rate the reaction is carried out at a high temperature (450 o C)  It is better to get just a 10% yield in 20 seconds (at a higher temperature) than a 20% yield in 60 seconds at a low temperature.

8  Haber sought a “balance” and discovered that an iron(III) oxide CATALYST allowed the equilibrium position to move quickly to the right.  Catalyst lowers the activation energy so the N 2 bonds and H 2 can be more readily broken.

9  It took over 6500 experiments at different temperatures and pressures carried out by the German, Carl Bosch to work all this out.  He got a Nobel Prize for it in 1931  Haber got his Nobel Prize in 1918

11  At each pass through the reactor, only about 15% of the reactants are converted into products under these conditions, but this is done in a short time period.  Ammonia is cooled an liquefied at the reaction pressure (400 -450 o C), and then removed as liquid ammonia. This further pushes the reaction to the right!!  The remaining mix of nitrogen and hydrogen gases (85%) are recycled & fed at the reactant stage.  The process operates continuously and the overall conversion is about 98%.

13  Fritz Haber, German chemist, 1868-1934  Winner of the Nobel Prize for Chemistry (1918) for the synthesis of ammonia from its elements.  Carl Bosch developed the industrial stages for the Haber process. The perfection of the Haber-Bosch process encouraged Germany to enter World War I.  Father of Chemical Warfare?  Haber perhaps served his country in the greatest capacity. Without his process and its applications, Germany would never have had a chance to win the war. (World War I)  During the war, Haber led the chemical war and headed the first attack with chlorine gas in Ypres (1915).  Later on, Hitler’s regime ordered his exile due to his Jewish origins.

Download ppt "Reversible Reactions & Dynamic Equilibrium.  The Haber Process is a REVERSIBLE reaction.  A reversible reaction is one where the products of the reaction." 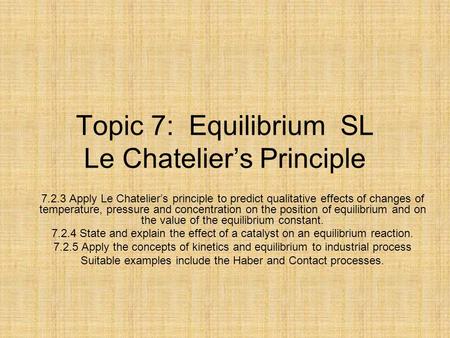 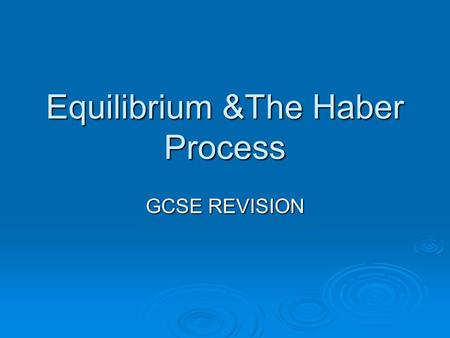 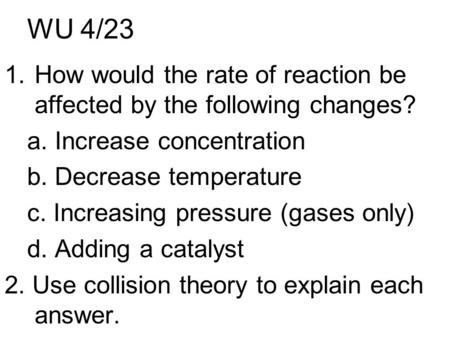 WU 4/23 1.How would the rate of reaction be affected by the following changes? a. Increase concentration b. Decrease temperature c. Increasing pressure. 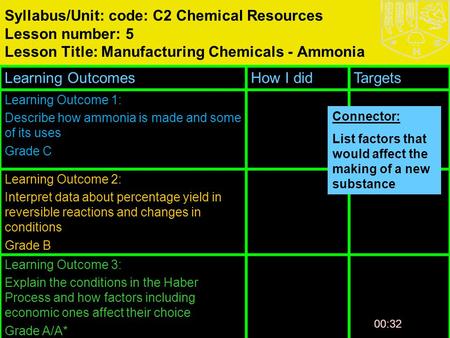 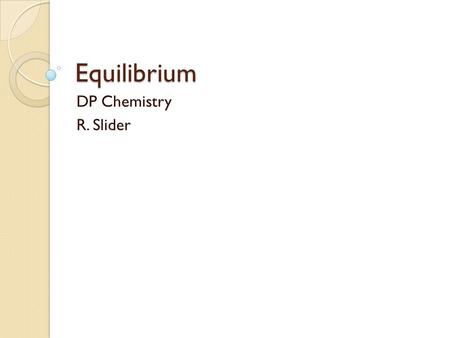 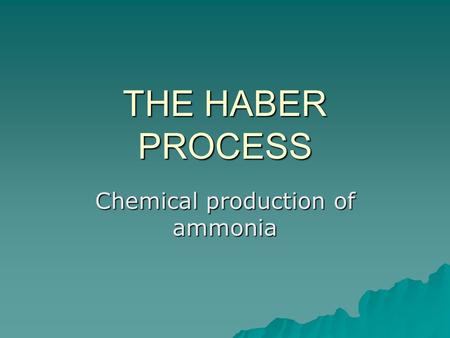 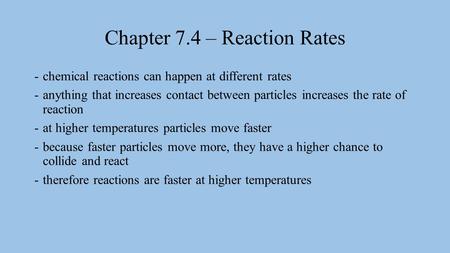 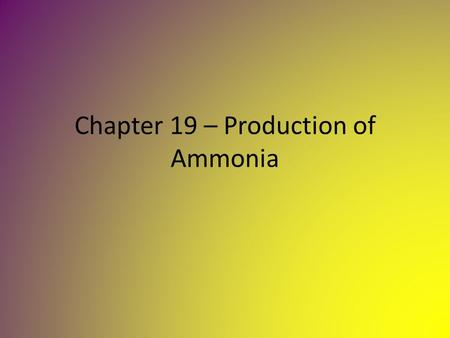 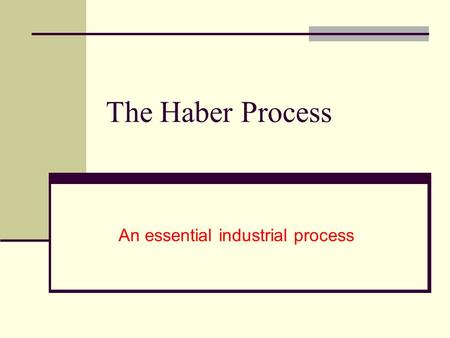 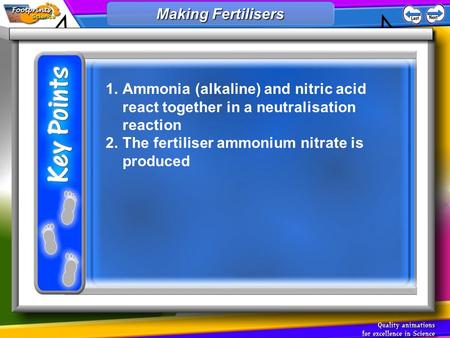 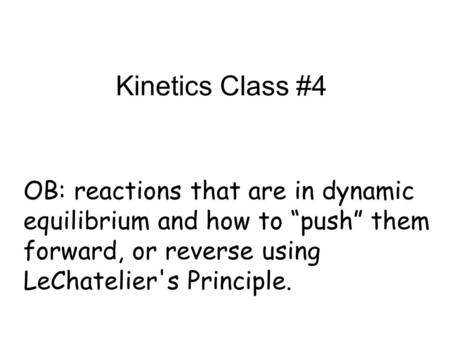 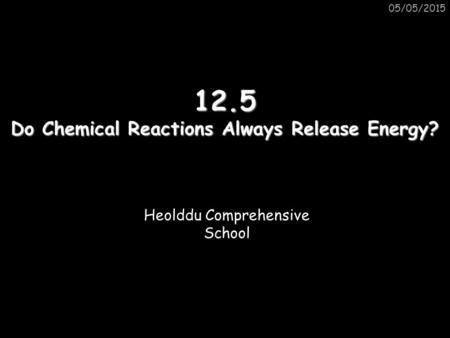 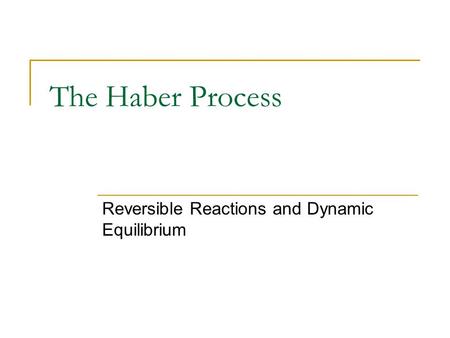 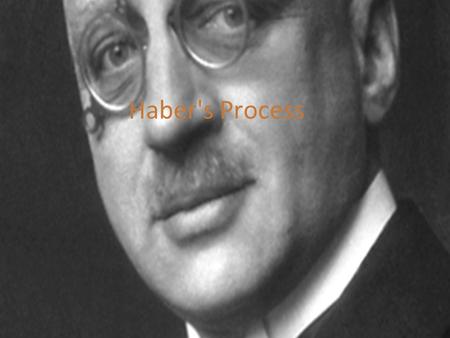 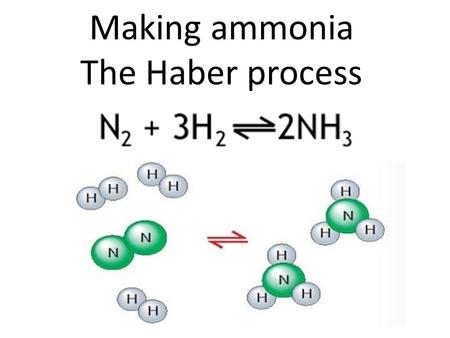 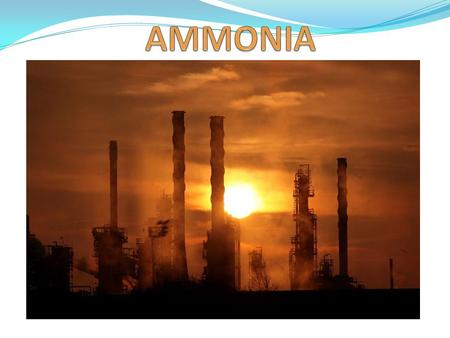 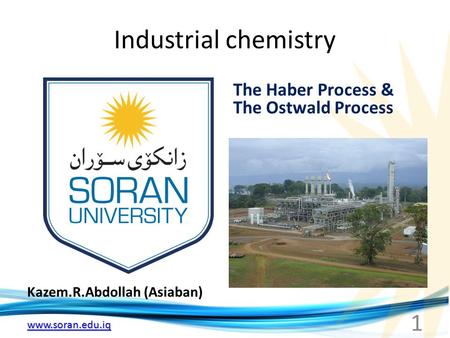 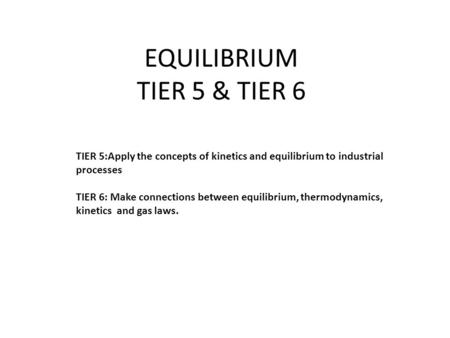 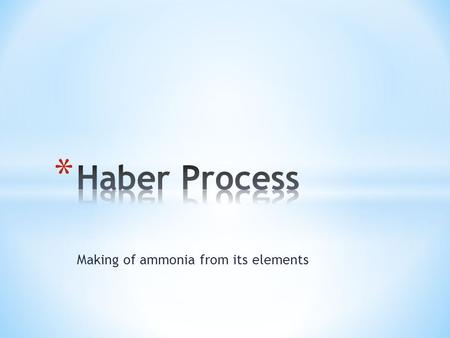