Presentation on theme: "Christians worship in churches Christianity is the largest world religion, with over 1 billion followers worldwide. There are more than 6 million."— Presentation transcript:

4 Christians worship in churches Christianity is the largest world religion, with over 1 billion followers worldwide. There are more than 6 million practising Christians in the UK, and a total of 35 million people in Britain consider themselves to be Christians.

6 Any building where the Guru Granth Sahib is kept is a Sikh place of worship. Followers of Sikhism believe in one God who guides and protects them. They believe that everyone is equal before God. Sikhs aim to work honestly, share with others and lead a truthful life as part of their community. It is called the Gurdwara ('Gateway to the Guru'). Sikhism is the youngest of the world's religions, being founded in the 15th Century. It has 155 million followers worldwide, with the majority living India and Pakistan. In Britain there are about 800,000 Sikhs.

8 Central to Hinduism is the belief in Brahman, the universal soul, or God, which is found in everything. Brahman is worshipped in a variety of forms, including Vishnu, Krishna, Rama, Shiva and several others. Hinduism is the religion with the third largest following: there are about 900 million Hindus worldwide. There are about 400,000 Hindus in the UK Puja (worship) takes place in the Mandir (temple). Mandirs vary in size from small village shrines to large buildings, surrounded by walls. There are formal gatherings for worship but people can also visit the Mandir at any time to pray and participate in the bhajans (religious songs). Hindus will also worship at home and often have a special room with a shrine to particular gods.

9 Lets take a closer look at this Mandir. What do we notice? It doesn’t have a door. Its open so that Hindus can be closer to God. It has a rounded roof. Can anyone tell me anything else that’s interesting about the Mandir?

11 Islam is the religion with the second largest following in the world. There are over 1 billion Muslims worldwide with around 2 million or more in the UK. Services are held every day at the Mosque. On Friday at noon, the most important of the weekly services is held. When Muslims pray, they must always face Makkah. The Five Pillars of Islam are an essential part of Muslim life. These are five rules that every Muslim has to live by. They are: Shahadah: declaration of faith. Salat: saying prayers five times a day. Sawm: abstaining during daylight hours in Ramadan. Zakah: giving money to the poor. Hajj : pilgrimage to Makkah

12 Lets take a closer look at this Mosque. What do we notice? It’s a very grand place. It has a rounded roof. Much of it is made out of gold. It is extremely large. Can anyone tell me anything else that’s interesting about the Mosque?

Download ppt "Christians worship in churches Christianity is the largest world religion, with over 1 billion followers worldwide. There are more than 6 million." 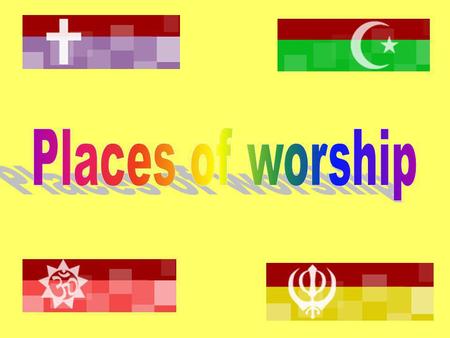 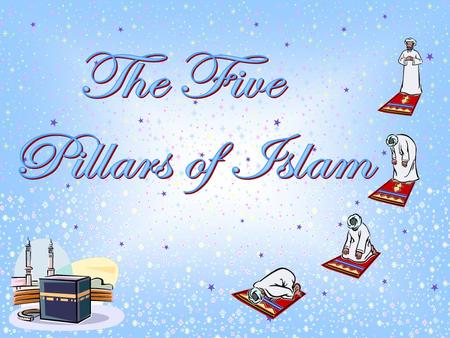 The Five Pillars of Islam. 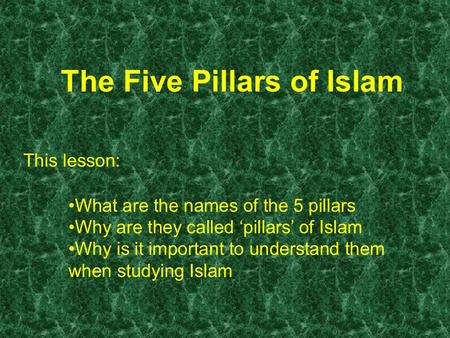 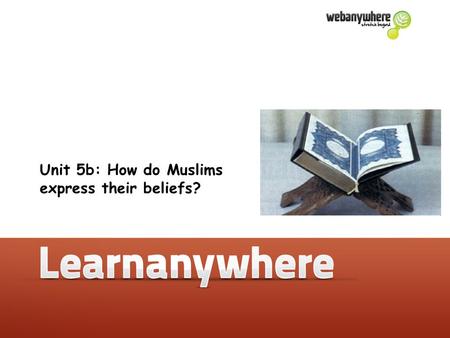 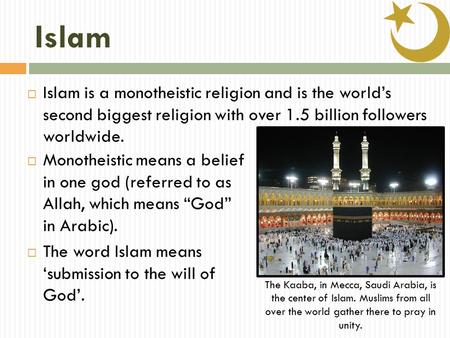 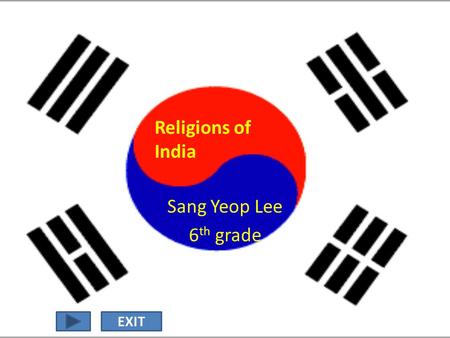 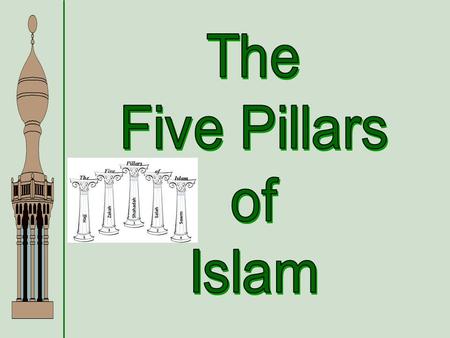 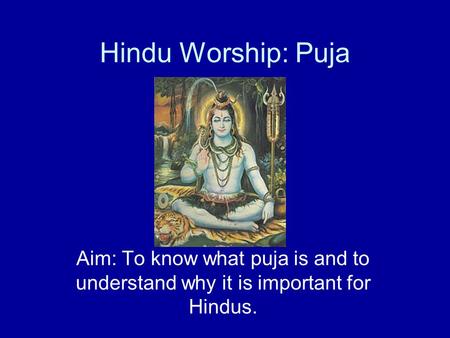 Hindu Worship: Puja Aim: To know what puja is and to understand why it is important for Hindus. 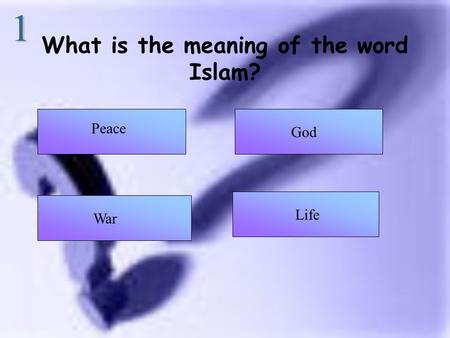 What is the meaning of the word Islam? Peace God War Life. 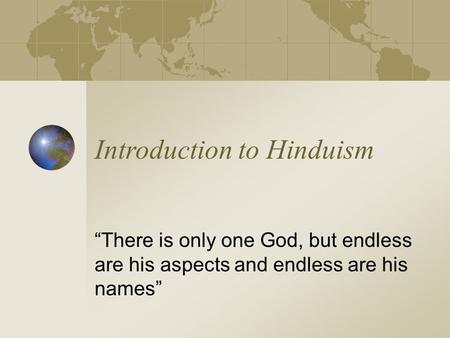 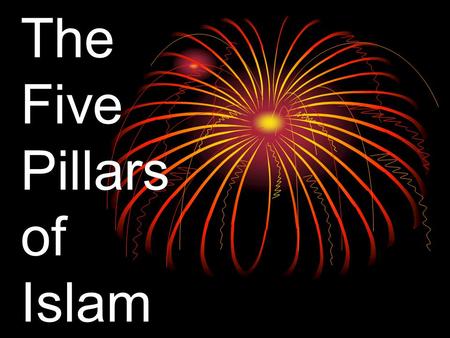 The Five Pillars of Islam. The first pillar ‘Shahadah’ The declaration of faith. Believing and saying the words… ‘ There is no god except Allah, Muhammad. 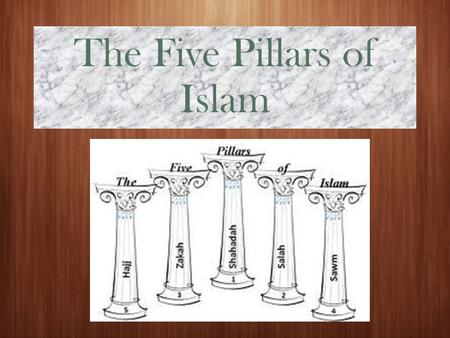 The Five Pillars of Islam. Last Class....  Who founded Islam again?  What sort of things influenced this new religion?  How did it change the culture. 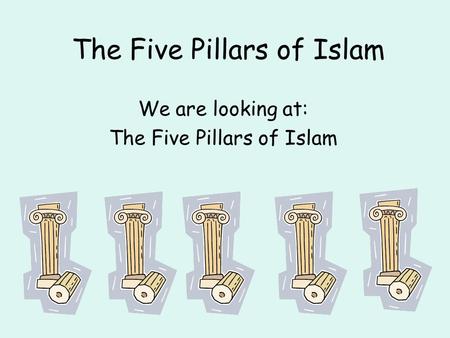 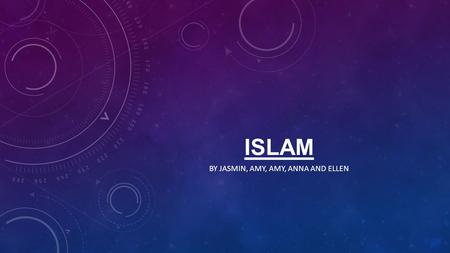 ISLAM BY JASMIN, AMY, AMY, ANNA AND ELLEN. BELIEFS AND INFORMATION The word Islam means ‘submission to the will of God’. Islam is the second largest religion. 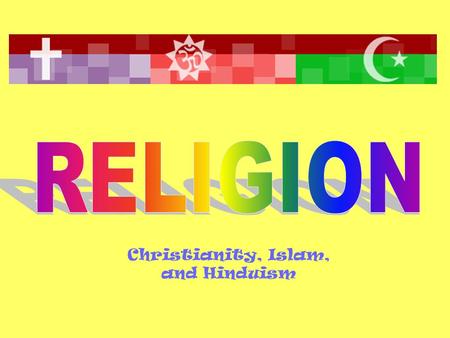 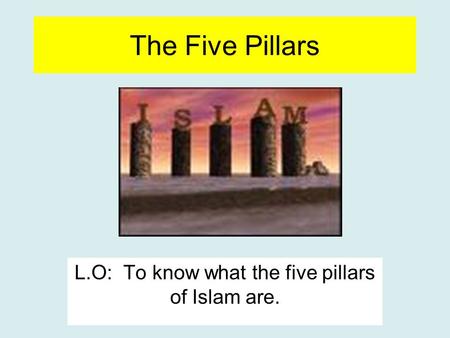 L.O: To know what the five pillars of Islam are. 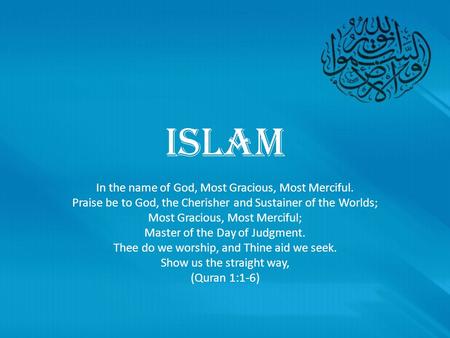 Islam In the name of God, Most Gracious, Most Merciful.