Presentation on theme: "Mahmood J Showail  The control of eye movement has three components  The supranuclear pathway (from the cortex and other control centers in the brain."— Presentation transcript:

6  What does “Gaze Palsy” mean ??  A gaze palsy is an eye movement abnormality in which the two eyes move together but have limited movement in one direction

8  The patient with supranuclear palsy is unable to move both eyes past the midline in one direction, and the eyes usually are held fixed and turned toward the opposite side by the opposing extraocular muscles.  It involves gaze centers for the control of  Horizontal movments  Vertical movments

9  The patient with horizontal gaze palsy typically is unable to move either eye beyond the midline in one direction.  The eyes are deviated constantly to the opposite side, and the patient must turn his or her head toward the side with the gaze palsy to fixate an object that is directly in front of him or her

14  Patient with Lt gaze palsy and Lt 7 th n palsy due to acute pontine heamorrhage  he was able to minimally abduct the Rt eye but otherwise was unable to look to the left because of involvment of abducent nucleus on the left side.

15  In patients with pontine lesions involving the PPRF or sixth nerve nucleus, the eyes may be deviated away from the side of the lesion. Thus, patients who are unable to move either eye beyond the midline to the left may have a left pontine lesion, and the eyes are deviated to the right.  The patient may have partial horizontal gaze movement if the damage to the pontine structures is only partial

16  pontine lesions usually can be differentiated from supranuclear lesions in the frontal lobe by the oculocephalic or doll's eyes maneuver.  Passive horizontal rotation of the head directly stimulates the sixth nerve nucleus via the vestibulo-ocular reflex and will overcome gaze palsies induced by frontal lobe lesions but will not overcome gaze palsies caused by pontine nuclear and infranuclear lesions

17  Horizontal gaze palsies are caused by ischemia and infarction, hemorrhage, vascular malformations, tumors, demyelination, trauma, or infections  MRI should be performed with attention given to the dorsal pons.  EEG should be performed if sezuire disorder is suspected

21  MRI may help in the diagnosis of INO.  It may show abnormal high-signal intensity in the mid pons corresponding to the right medial longitudinal fasciculus.

22  Myasthenia gravis and a partial third nerve palsy involving the medial rectus muscle both can be mistaken for INO.  Patients with ptosis, variability, or fatigue should be evaluated for myasthenia gravis  Ptosis, pupil involvement, involvement of other extraocular muscles, and absence of nystagmus in the abducting eye should suggest the diagnosis of third nerve palsy

23  Patients with the one-and-a-half syndrome have horizontal gaze palsy when looking to one side (the "one") and impaired adduction (INO) when looking to the other (the "and-a- half")  It is caused by pontine paramedian reticular formation (PPRF) lesion extending to the medial longitudinal fasiculus (MLF).

24  Features of right sided one-and-a-half syndrome include:  Gaze palsy on attempted Rt gaze  Adduction deficit on attempted Lt gaze  Abduction of the Lt eye is the only normal horizontal movment  Stroke and multiple sclerosis are the main causes of this rare syndrome, but it can be caused by any structural lesion in the dorsal pons.

30  These are usually small vertical tropias that can occur following brainstem or cerebellar lesion.  The vertical deviation is usually concomitent and ipsilateral to the side of the lesion.  They are usually assocaiated with other features that allow localization as  Unilateral INO “in pontine lesion”  Horner syndrome “”in medullary lesion”

Download ppt "Mahmood J Showail  The control of eye movement has three components  The supranuclear pathway (from the cortex and other control centers in the brain." 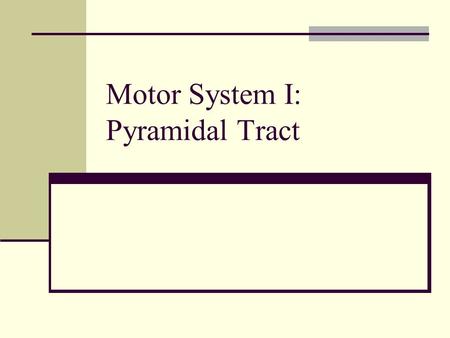 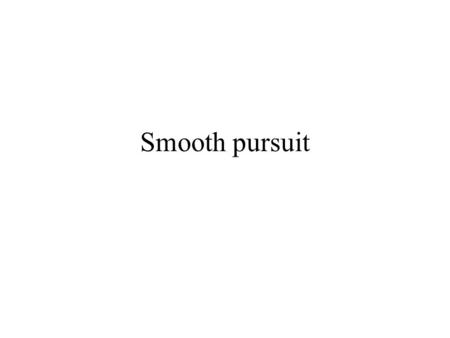 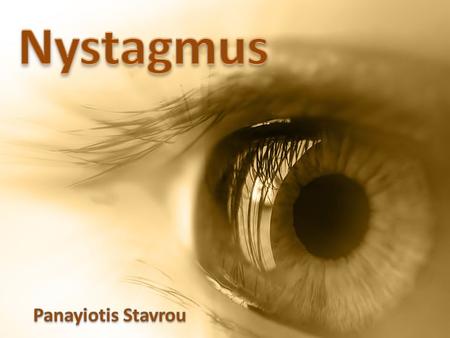 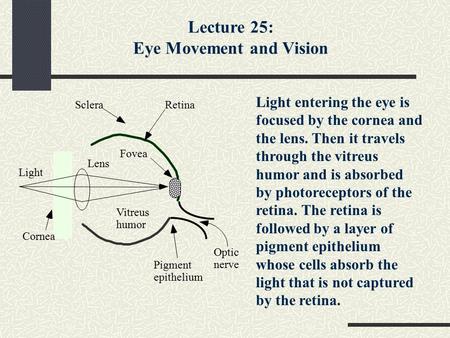 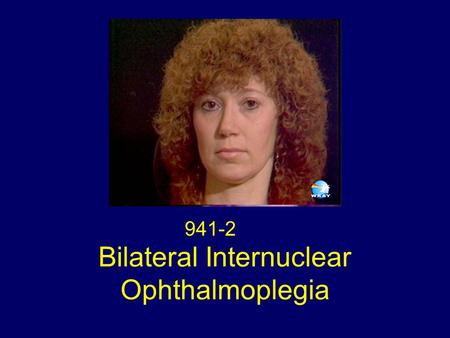 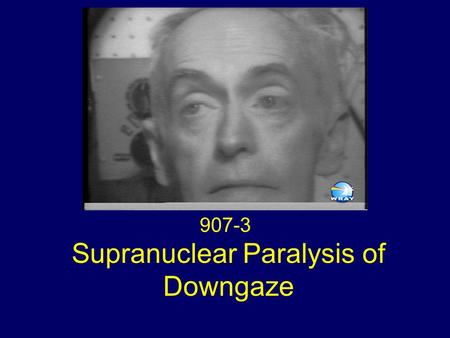 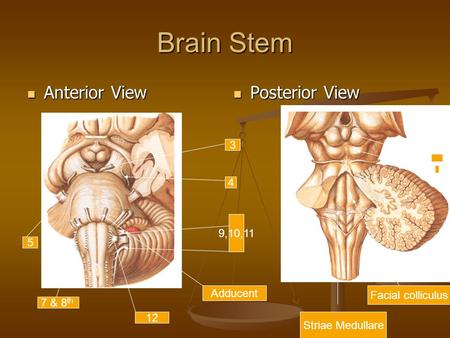 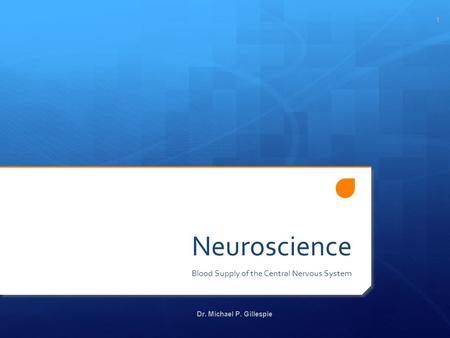 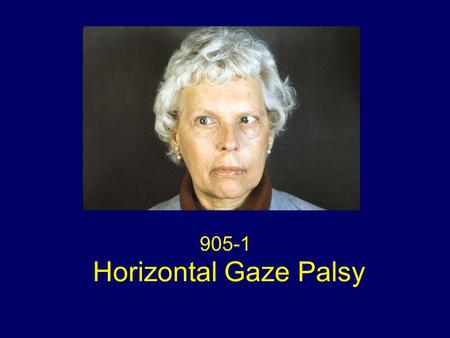 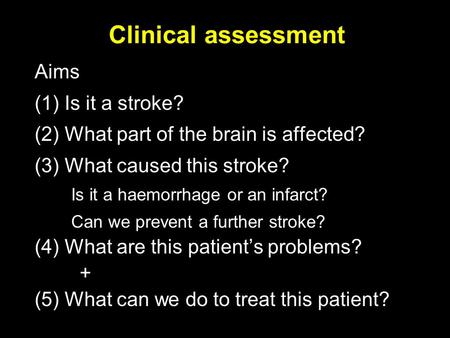 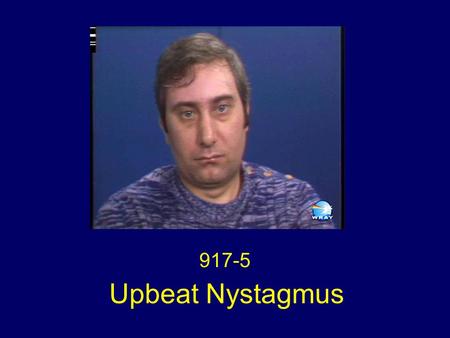 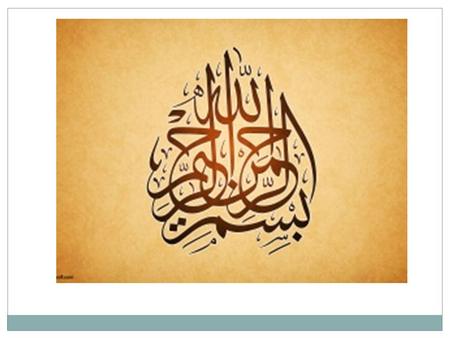 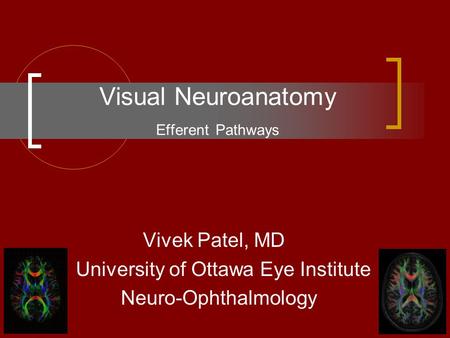 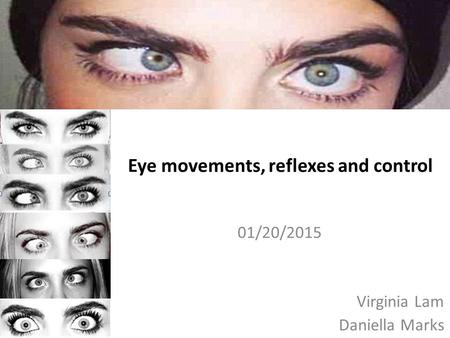 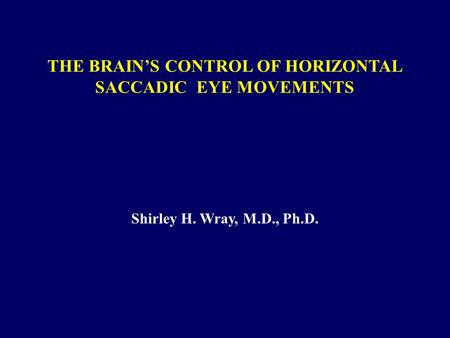 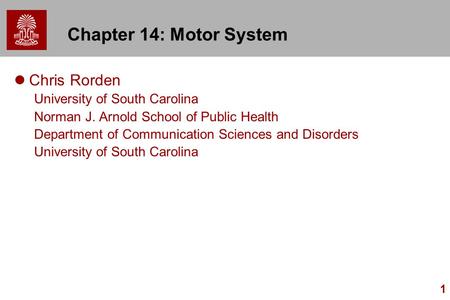 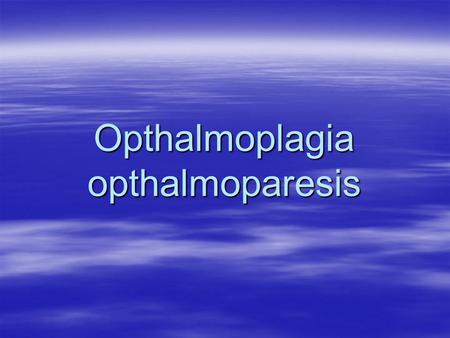 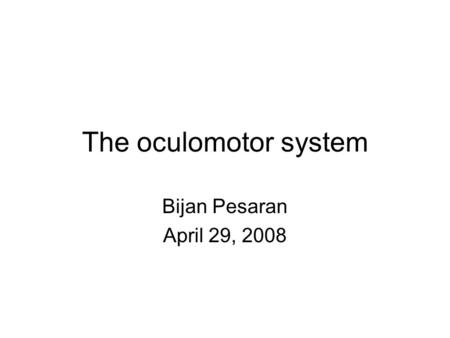 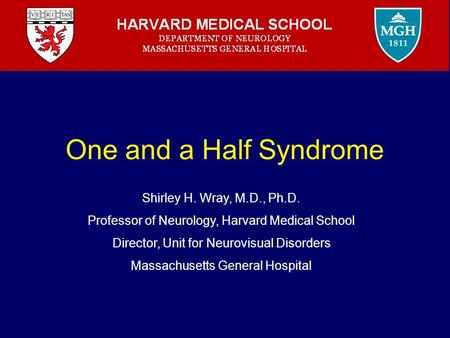