Presentation on theme: "WHY DOES THE DEMAND CURVE SLOPE DOWNWARD?"— Presentation transcript:

1 WHY DOES THE DEMAND CURVE SLOPE DOWNWARD?

3 THE INCOME EFFECT Suppose a consumer makes $1000 a month and spends all of his money on either Pizza or Pepsi. Q of Pepsi The graph shows the amount the consumer could afford if the price of Pepsi is $2 and the price of pizza is $10. 500 100 Q of Pizza

4 THE INCOME EFFECT The point where he spends exactly $500 on each is:
Q of Pepsi Because slope is: This line is called budget constraint. 500 Vertical distance Horizontal distance 250 This would mean 500/100 or 5 pepsi to 1 pizza. (We ignore the minus sign.) 50 100 Q of Pizza

7 A substitute good is defined as a good that, when its price rises causes a increase in the demand of another good (or visa versa). Substitute goods have a direct relationship between price of one good and demand for another. Pa Db

8 A complementary good is defined as a good that, when its price rises causes a decrease in the demand of another good (or visa versa). Complementary goods have an inverse relationship between price of one good and demand for another. Pa Db

9 THERE ARE FOUR PROPERTIES OF THE INDIFFERENCE CURVE

11 2) Indifference curves are downward sloping.
The IC reflects the rate at which consumers are willing to substitute one good for another. Therefore, if Q of one good is reduced, then the Q of the other must increase to make the consumer equally happy. Q of Pepsi C D B I2 A I1 Q of Pizza

12 3) Indifference curves do not cross.
This could never happen. According to these indifference curves, the consumer would be equally happy at points A, B, and C, even though point C has more of both goods. Q of Pepsi A C B Q of Pizza

13 4) Indifference curves are bowed inward.
This shape implies that the marginal rate of substitution (MRS) depends on the Q of the two goods the consumer is consuming. When IC are less bowed, the goods are easy to substitute for each other. Q of Pepsi MRS = 6 14 8 4 3 B MRS = 1 A I1 Q of Pizza

16 Therefore, the demand curve reflects this relationship between price and quantity.
Price of Pepsi A $2 $1 B Quantity of Pepsi

Download ppt "WHY DOES THE DEMAND CURVE SLOPE DOWNWARD?" 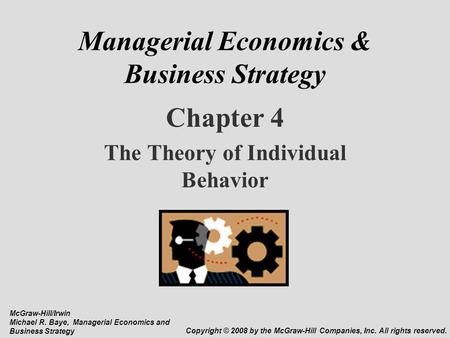 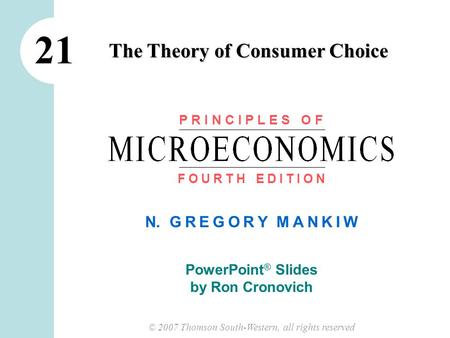 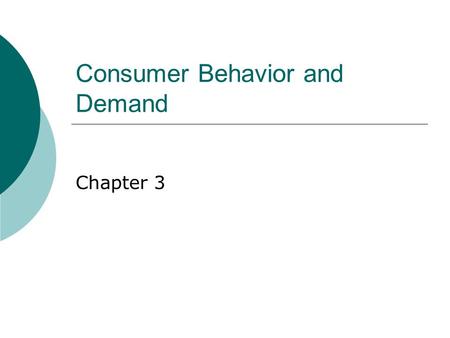 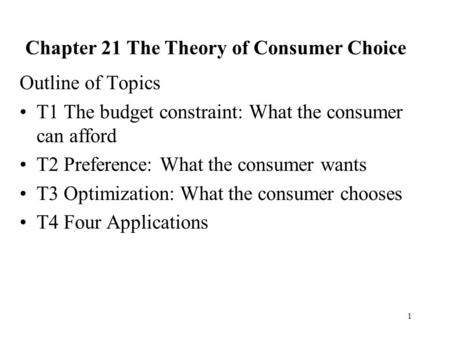 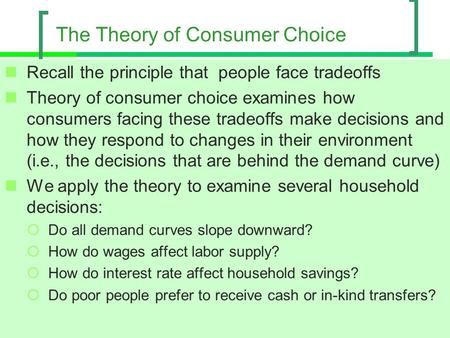 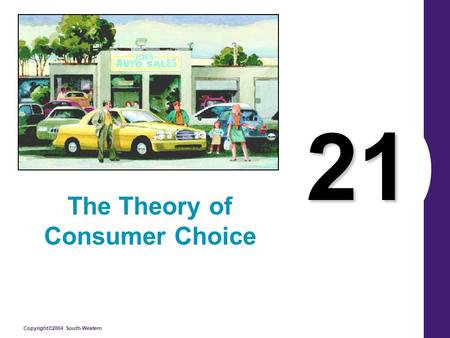 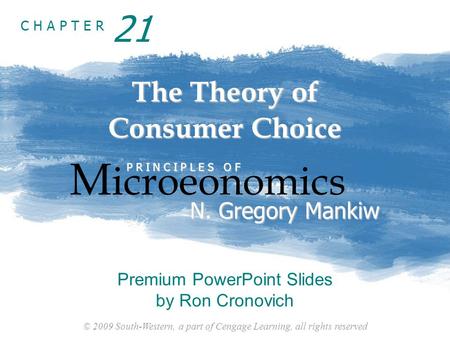 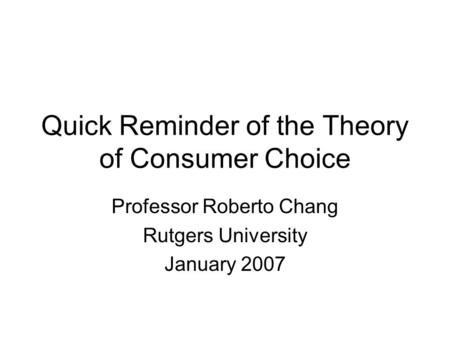 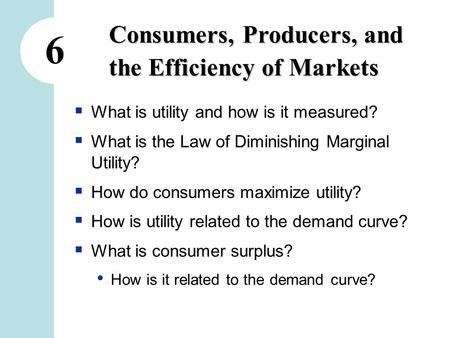 Measuring Utility How much utility do you receive from eating donuts? 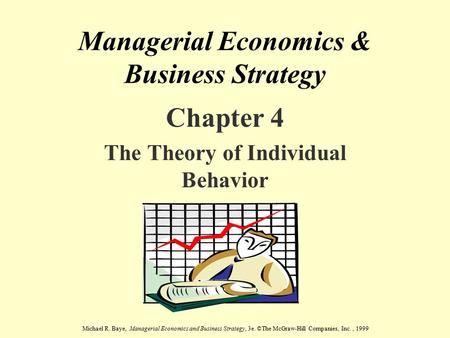 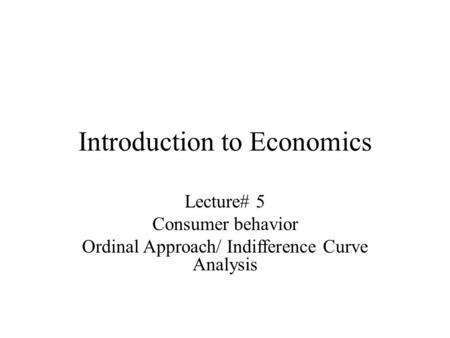 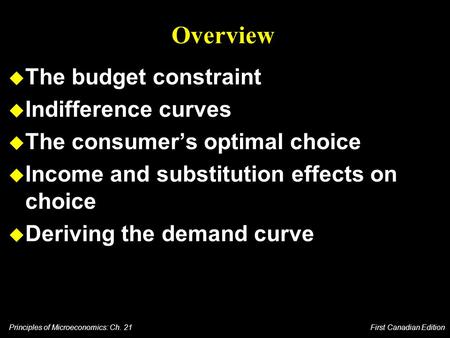 Principles of Microeconomics: Ch. 21 First Canadian Edition Overview u The budget constraint u Indifference curves u The consumer’s optimal choice u Income. 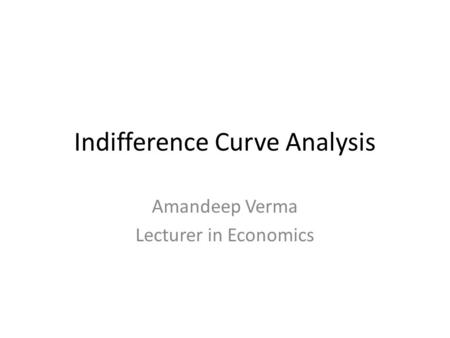 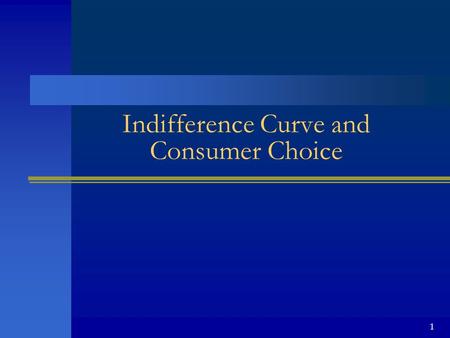 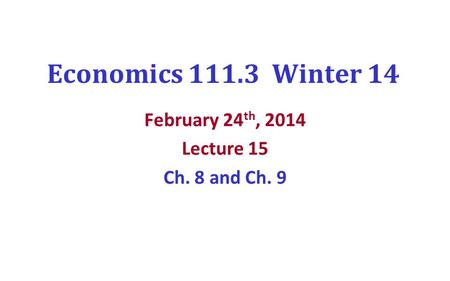