8 Induced Dipoles Interacting With Each Other
11.2

9 Intermolecular Forces
Dispersion Forces Continued Polarizability is the ease with which the electron distribution in the atom or molecule can be distorted. Polarizability increases with: greater number of electrons more diffuse electron cloud Dispersion forces usually increase with molar mass. 11.2

11 Intermolecular Forces
Hydrogen Bond The hydrogen bond is a special dipole-dipole interaction between they hydrogen atom in a polar N-H, O-H, or F-H bond and an electronegative O, N, or F atom. A H … B or A & B are N, O, or F 11.2

36 An amorphous solid does not possess a well-defined arrangement and long-range molecular order.
A glass is an optically transparent fusion product of inorganic materials that has cooled to a rigid state without crystallizing Crystalline quartz (SiO2) Non-crystalline quartz glass 11.7

38 Chemistry In Action: And All for the Want of a Button
T < 13 0C white tin grey tin stable weak

41 Before Evaporation At Equilibrium 11.8

46 H2O (s) H2O (l) The melting point of a solid or the freezing point of a liquid is the temperature at which the solid and liquid phases coexist in equilibrium Melting Freezing 11.8

47 Molar heat of fusion (DHfus) is the energy required to melt 1 mole of a solid substance at its freezing point. 11.8

50 A phase diagram summarizes the conditions at which a substance exists as a solid, liquid, or gas.
Phase Diagram of Water 11.9

52 Effect of Increase in Pressure on the Melting Point
of Ice and the Boiling Point of Water 11.9 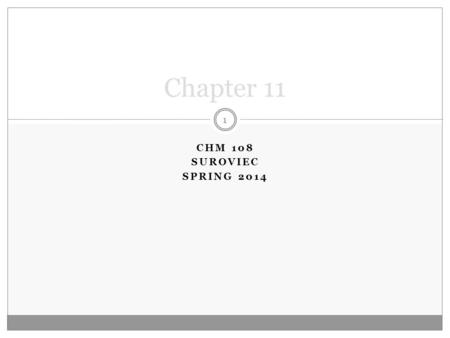 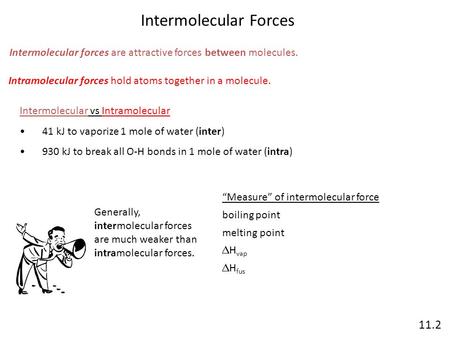 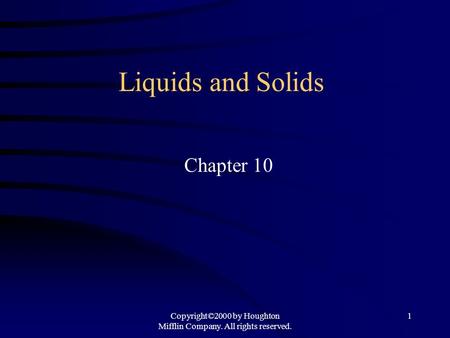 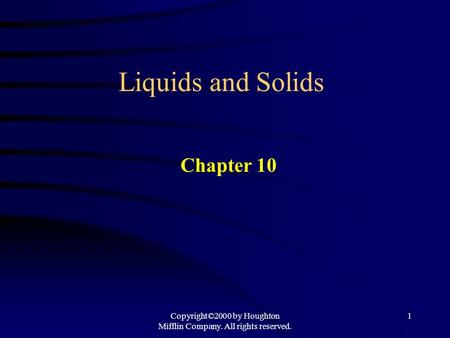 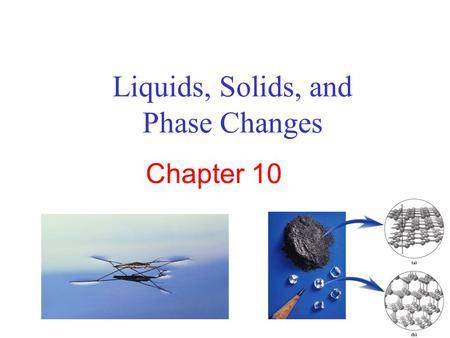