3 Motivate Demo: Throw a ball into the air, and catch it at the same point you released it. Is the speed of the ball is equal to, more than, or less than the initial speed?

9 “g” - The “Magic” Number
“g” means ACCELERATION DUE TO GRAVITY Each planet, star, moon, or other large object has its own value for “g” Examples “g” is 1.62 m/s2 on the Moon “g” is 26 m/s2 on Jupiter “g” is 9.81 m/s2 on Earth If the feather and elephant experiment were performed on the moon, would they still fall at the same rate, just like on Earth?

20 Page 63 - Sample problem 2F Jason hits a volleyball so that it moves with an initial velocity of 6.0 m/s straight upward. If the volleyball starts from 20 m above the floor, how long will it be in the air before it strikes the floor? Assume that Jason is the last player to touch the ball before it hits the floor.

24 Review An object accelerates uniformly from rest to a speed of 50. m/s in 5.0 seconds.  What is the average speed of the object during the 5.0 second interval? A car travels 90. meters due north in 15 seconds. Then the car turns around and travels 40. meters due south in 5.0 seconds. What is the magnitude of the average velocity of the car during this 20.-second interval? A locomotive starts at rest and accelerates at 0.12 meters per second squared to a speed of 2.4 meters per second in 20. seconds. Describe its velocity and acceleration using words “constant” and “increasing”. A race car traveling at 10. m/s accelerates at a rate of 1.5 m/s2 while traveling a distance of 600. meters.  What is the final speed of the race car?

26 Which pair of graphs represents the same motion?
B. C. D.

27 A cart travels with a constant nonzero acceleration along a straight line. Which graph best represents the relationship between the distance the cart travels and time of travel? A. C. B. D.

35 Lab 3 – Position vs. Time graph (5 pt.)
Purpose: determine the position-time graph of an electric car moving at constant velocity (5 pt) Material: electric car, ticker tape, spark timer, ruler (5 pt) Procedure: briefly describe how you measured your data so that others will know to follow your steps to complete this lab (10 pt) Data table: (20 pt) Time (s) Distance (cm) 0.1 0.2 0.3 0.4 0.5 Data Analysis: graph data; determine slope – must show work; what is the meaning of your slope? (30 pt) Once you finish your lab, you may correct lab 2 and do problems in your guided notes – page 11 & 12 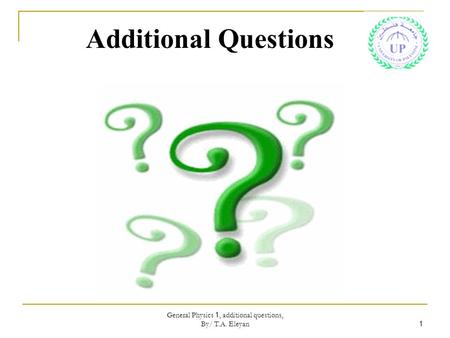 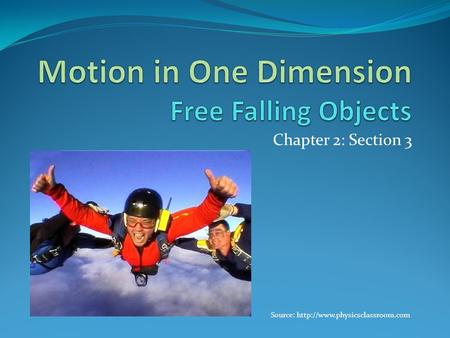 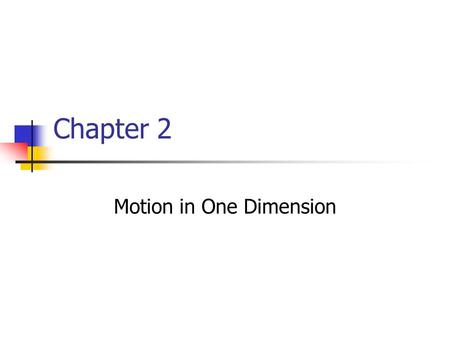 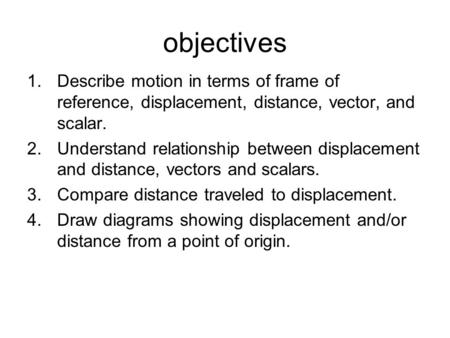 Objectives Describe motion in terms of frame of reference, displacement, distance, vector, and scalar. Understand relationship between displacement and.