4 Age and Acquisition Linguistic Considerations
Bilingualism: 1. Coordinate bilinguals: two meaning systems. One for the first language, one for the second language. 2. Compound bilinguals: one meaning system from which both languages operate. e.g. 法語：pain(麵包） 英語： bread(麵包）  3. Code switching: a change from one language to another one. e.g. I like to eat 臭豆腐. 4. Bilingual children are more facile at concept formation and have a greater mental flexibility. (see Reynolds 1991; Schinke-Llano 1989)

5 Age and Acquisition Linguistic Considerations
Interference Between First and Second Languages In a child’s case : Hansen-Bede(1975) examining a 3-year-old English-speaking child moving to Pakistan -Urdu The child’s acquisition did not appear to show L1 interference and, except for negation, showed similar strategies and rules for both L1and L2 similar linguistic structures: possession, gender, word order, verb forms, questions, except for negation.

6 Age and Acquisition Linguistic Considerations
Interference in Adults More cognitively secure, more solid foundation of L1 →more interference, however, may be more readily used to bridge gaps between L1and L2 by generalization The first language can be a facilitating factor, not just an interfering factor. Order of Acquisition The acquisition order of eleven English morphemes L1 acquisition-Roger Brown(1973) L2 learning- Dulay and Burt (1976) Children learning a second language use a creative construction process, just as they do in their first language.

7 Age and Acquisition Linguistic Considerations
Order of Acquisition Thomas Scovel(1999:1) Dispelling "The younger, the better“ myth --fueled by media hype and junk science --the only potential advantage : accent --on at least several planes –literacy, vocabulary, pragmatics, schematic knowledge, and even syntax – adults have been shown to be superior learners.

11 Age and Acquisition Children might have some secrets of success in
language learning: -not monitoring themselves too much -not analyzing grammar -not being too worried about their egos - shedding inhibitions -not letting the native language interfere much

13 Thank you for your listening!

14 Competence and Performance
Competence: one’s underlying knowledge of the system of a language—its rules of grammar, its vocabulary… Performance: all the actual production (speaking, writing) or the comprehension (listening, reading) of linguistic events.

16 Nature or Nurture Nature: A child is born with an innate knowledge of a language. This innate property (the LAD or UG) is universal in all human beings. Nurture: the behavoristic notion that language is a set of habits that can be acquired by a process of conditioning.

17 Universals A claim that language is universally acquired in the same manner, and the deep structure of language at its deepest level may be common to all languages. The universal linguistic categories under investigation. word order morphological marking tone agreement reduced reference nouns and noun classes verbs and verb classes predication negation question formation

18 Systematicity and Variability
One assumption of current research on child language is the systematicity of the process of acquisition. Eversince Berko’s(1958) In the midst of all this systematicity, there is an equally remarkable amount of variability in the process of learning! (perceiving regular and irregular verbs)

21 Imitation While children are good deep-structure imitators (centering on meaning, not surface features), adults can fare much better in imitating surface structure (by rote mechanisms) if they are explicitly directed to do so . Sometimes the ability to center on surface distinctions is a distracting factor, at other times it is helpful. Implication: meaningful contexts for language learning are necessary; second language learners ought not to become too preoccupied with form lest they lose sight of the function and purpose of language. u

22 Practice Most cognitive psychologists agree that the frequency of stimuli and the number of times spent practicing a form are not highly important in learning an item. What is important is meaningfulness. Contextualized, appropriate, meaningful communication in the second language seems to be the best possible practice the L2 learner could engage in. 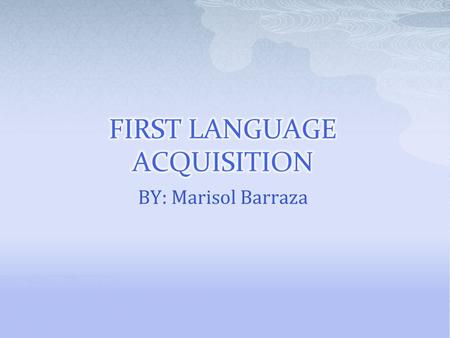 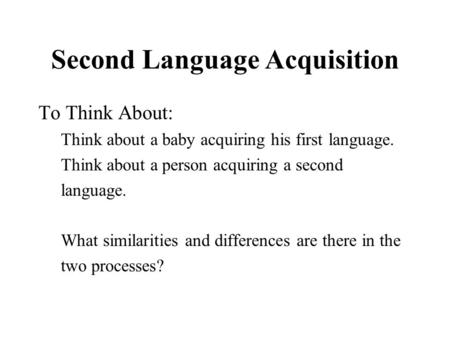 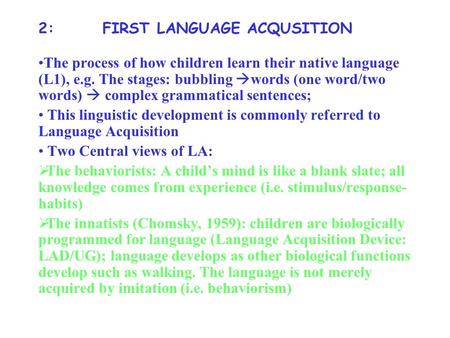 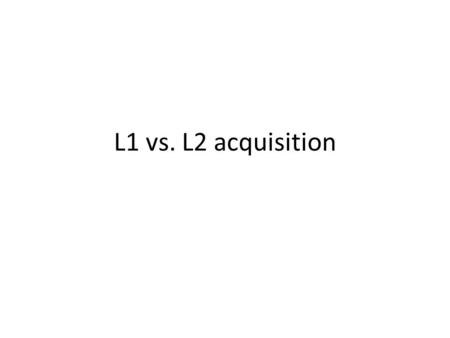 L1 vs. L2 acquisition. L1L2 Parents or caretakers are the primary language models for L1 learners. L1 learners have innumerable opportunities to interact. 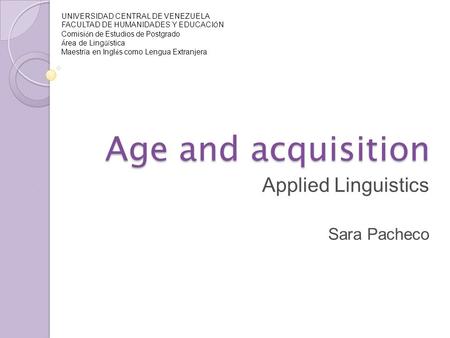 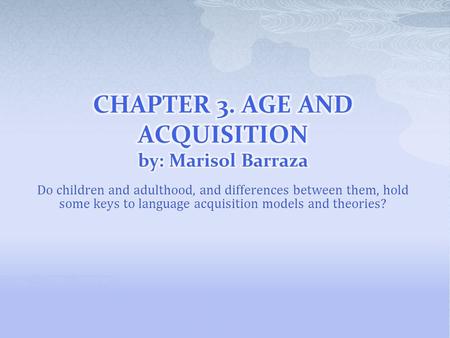 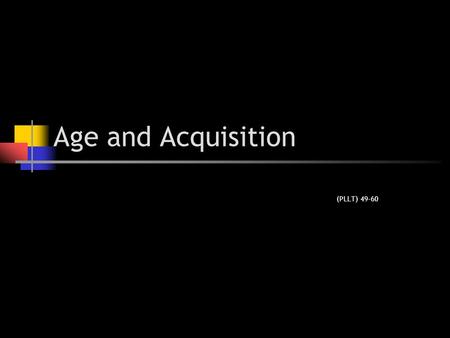