2 Structure of the Earth The Earth is made up of 3 main layers: –Core –Mantle –Crust Inner core Outer core Mantle Crust

3 The Crust This is where we live! The Earth’s crust is made of: Continental Crust - thick (10-70km) - buoyant (less dense than oceanic crust) - older crust Oceanic Crust - thin (~7 km) - dense (sinks under continental crust) - Newer crust

4 How do we know what the Earth is made of? Geophysical surveys: seismic, gravity, magnetics, –Acquisition of information: land, air, sea and satellite –Geological surveys: fieldwork, boreholes, mines

5 What is Plate Tectonics?

6 If you look at a map of the world, you may notice that some of the continents could fit together like pieces of a puzzle.

7 Plate Tectonics The Earth’s crust is divided into 12 major plates which are moving in various directions. This motion causes the plates to collide, pull apart, or scrape against each other. Each type of interaction causes a characteristic set of Earth structures or “tectonic” features. The word “tectonic” refers to the deformation of the crust as a consequence of plate interaction.

9 What are tectonic plates made of? Plates are made of rigid lithosphere. The lithosphere is made up of the crust and the upper part of the mantle.

12 What happens at tectonic plate boundaries?

16 Iceland has a divergent plate boundary running through its middle Iceland: An example of continental rifting

20 This is called SUBDUCTION. A deep ocean trench forms at the edge of the continent. Continental-Oceanic Crust Collision

22 When two oceanic plates collide, one runs over the other which causes it to sink into the mantle forming a subduction zone. The subducting plate is bent downward to form a very deep depression in the ocean floor called a trench. The deepest parts of the ocean are found along trenches. The Mariana Trench in the western Pacific Ocean is 11,033 meters (36,201 feet) deep. To put this in perspective, Mount Everest, the highest mountain in the world, is 8,848 meters (29,028 feet) tall. Ocean-Ocean Plate Collision

24 Where plates slide past each other Transform Boundaries Above: View of the San Andreas transform fault

30 Hot mantle plumes breaching the surface in the middle of a tectonic plate What are Hotspot Volcanoes? Photo: Tom Pfeiffer / www.volcanodiscovery.com The Hawaiian island chain is an examples of hotspot volcanoes.

31 The tectonic plate moves over a fixed hotspot, forming a chain of volcanoes. The volcanoes get younger from one end of the chain to the other.

34 Where do earthquakes form? Figure showing the tectonic setting of earthquakes

35 Plate Tectonics Summary The Earth is made up of 3 main layers; the core, the mantle and the crust) On the surface of the Earth are tectonic plates that are slowly moving around the globe Plates are made of the crust and upper part of the mantle (lithosphere) There are 2 types of plates, oceanic and continental There are 3 types of plate boundaries: convergent, divergent and transform Volcanoes and earthquakes are found at the edges of tectonic plates 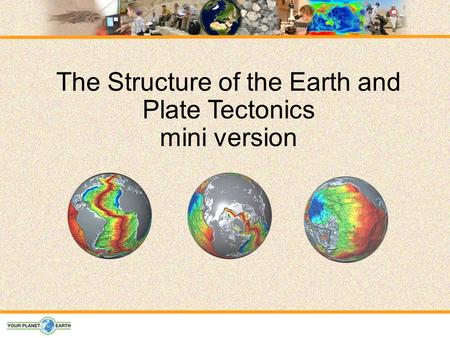 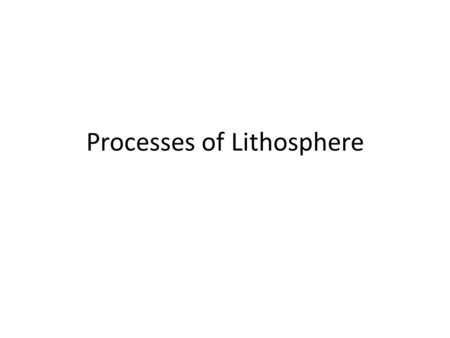 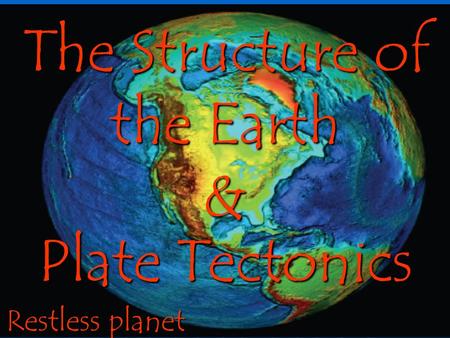