1 Brainstorm a list of ways that
economics relates to the environment.

3 “The Tragedy of the Commons”
In his essay, ecologist Garrett Hardin argued that the main difficulty in solving environmental problems is the conflict between the short-term interests of the individual and the long-term welfare of society. The example he used was the commons, or the areas of land that belonged to the whole village.

5 “The Tragedy of the Commons”
The commons were eventually replaced by closed fields owned by individuals. Owners were now careful not to put too many animals on their land, because overgrazing wouldn’t allow them to raise as many animals next year. Hardin’s point being that someone or some group must take responsibility for maintaining a resource or it will become depleted.

6 “The Tragedy of the Commons”
Hardin’s point can be applied to our modern commons, natural resources. Humans live in societies, and in societies, we can solve environmental problems by planning, organizing, considering the scientific evidence, and proposing a solution. The solution may be to override the short-term interests of the individual and improve the environment for everyone in the end.

8 Costs and Benefits The cost of environmental solutions can be high.
A cost-benefit analysis balances the cost of the action against the benefits one expects from it. The results depend on who is doing the analysis. For example, pollution control may be too costly to an industry, but to a nearby community, the price may well be worth it. Often, environmental regulations are passed on to the consumer or taxpayer.

9 Risk Assessment One of the costs of any action is the risk of an undesirable outcome. Risk assessment is a tool that helps us create cost effective ways to protect our health and environment. To come up with an effective solution to an environmental problem, the public must perceive the risk accurately.

11 Population and Consumption
Almost all environmental problems can be traced back to two root causes: The human population in some areas is growing too quickly for the local environment to support. People are using up, wasting, or polluting many natural resources faster than they can be renewed, replaced, or cleaned up.

12 Local Population Pressures
When the population in an area grows rapidly, there may not be enough natural resources for everyone to live a healthy, productive life. In severely overpopulated regions, forests are stripped bare, topsoil is exhausted, and animals are driven to extinction. In these areas, malnutrition, starvation, and disease can be constant threats.

13 Local Population Pressures
In developing countries, millions of people are starving. Yet these human populations tend to grow the fastest. Food production, education, and job creation cannot keep pace with the population growth, so each person gets fewer resources as time goes by.

14 Consumption Trends To support the higher quality of life, developed countries are using much more of Earth’s resources. Developed nations use about 75 percent of the world’s resources, although they make up only 20 percent of the world’s population. This rate of consumption creates more waste and pollution per person then in developing countries.

16 Ecological Footprints
Ecological footprints are calculations that show the productive area of Earth needed to support one person in a particular country. An ecological footprint estimates the land used for crops, grazing, forests products, and housing. It also includes the ocean area used to harvest seafood and the forest area needed to absorb the air pollution caused by fossil fuels.

17 Ecological Footprints
An ecological footprint is one way to express the differences in consumption between nations.

18 Critical Thinking and the Environment
People on either side on an environmental issue may feel passionately about their cause and can distort information to mislead people about the issue. Research done by scientists is often used to make a political point or is misinterpreted to support controversial data.

20 Critical Thinking and the Environment
Remember a few things as you explore environmental science further: First, be prepared to listen to many viewpoints over a particular issue. Second, investigate the source of the information you encounter. Third, gather all the information you can before drawing a conclusion.

22 A Sustainable World A sustainable world is not unchanging as technological advances and human civilizations continue to be productive. However, our current world is not sustainable as the developed countries are using resources faster than they can be replaced. Achieving a sustainable world requires everyone’s participation including individual citizens, industry, and the government.

23 “The Tragedy of the Commons” 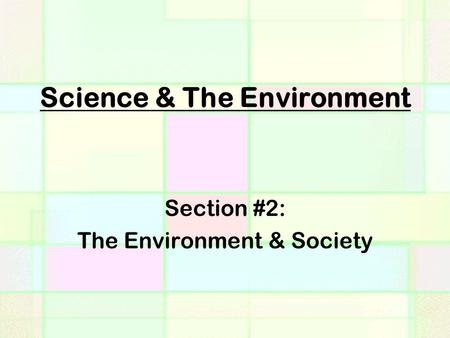 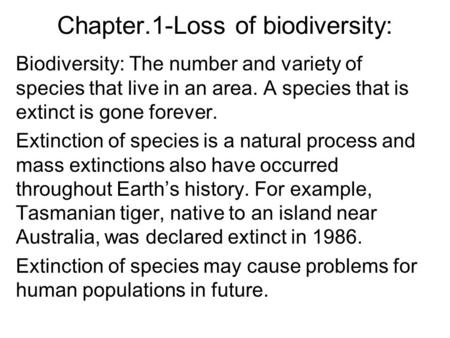 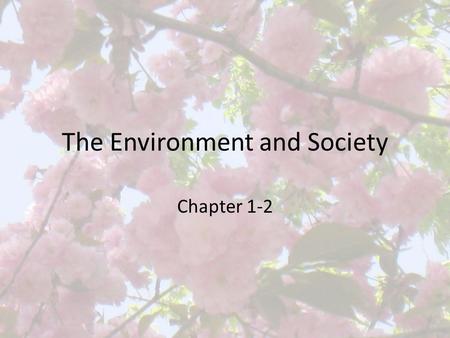 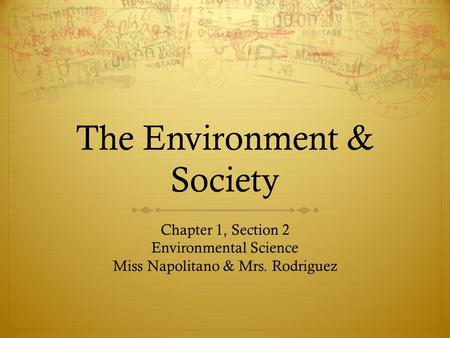 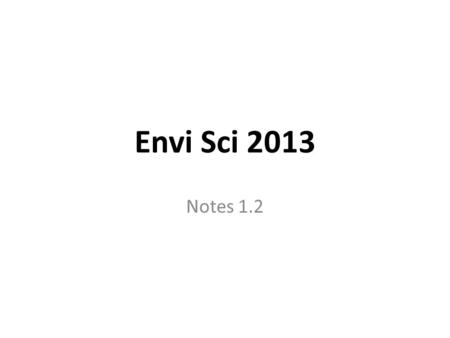 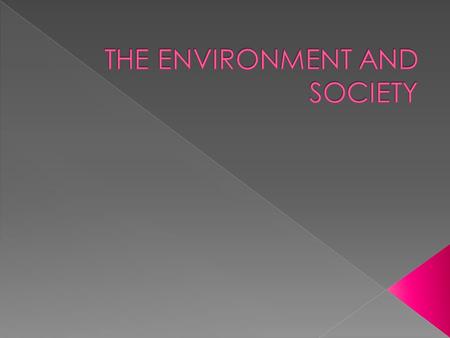 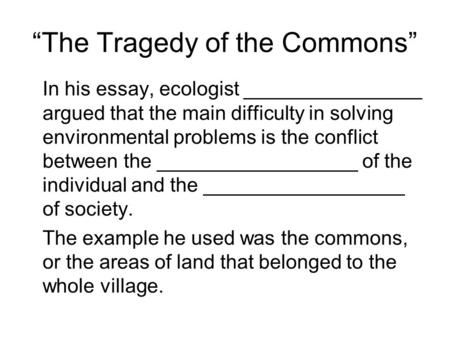 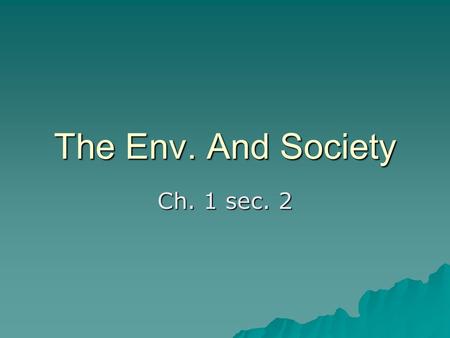 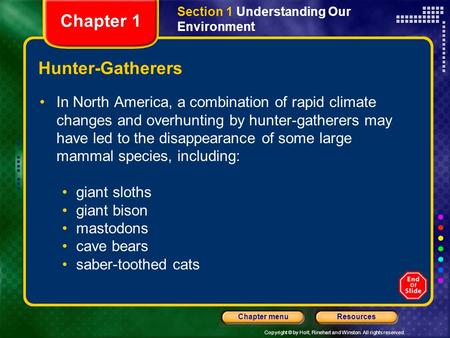 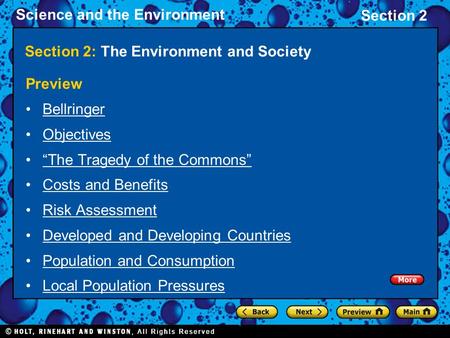 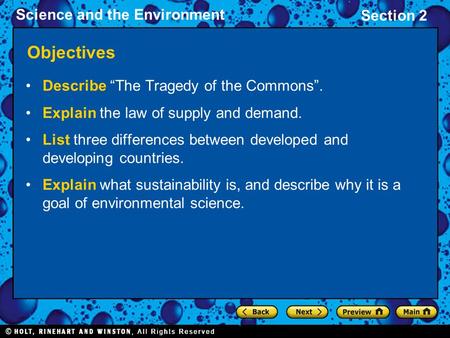 Science and the Environment Section 2 Objectives Describe “The Tragedy of the Commons”. Explain the law of supply and demand. List three differences between.