15 Anovulatory DUB Predominant in the postmenarchal and premenopausal years Continuous estradiol production without corpus luteum formation and progesterone production steady state of estrogen stimulation leads to a continuously proliferating endometrium, which may outgrow its blood supply or lose nutrients with varying degree of necrosis In contrast to normal menses, uniform slough to the basalis layer does not occur, which produces excessive uterine blood flow

22 Levonorgestrol IUD is contraindicated when one or more of the following conditions exist: Pregnancy or suspicion of pregnancy Congenital or acquired uterine anomaly, including fibroids if they distort the uterine cavity Acute pelvic inflammatory disease or a history of pelvic inflammatory disease, unless there has been a subsequent intrauterine pregnancy Postpartum endometritis or infected abortion in the past 3 months Known or suspected uterine or cervical neoplasia, or unresolved abnormal Pap smear Genital bleeding of unknown etiology Untreated acute cervicitis or vaginitis, including bacterial vaginosis or other lower genital tract infections, until infection is controlled Acute liver disease or liver tumor (benign or malignant) Woman or partner has multiple sexual partners Conditions associated with increased susceptibility to infections with microorganisms. Such conditions include, but are not limited to, leukemia, acquired immune deficiency syndrome (AIDS), and I.V. drug abuse Genital actinomycosis A previously inserted IUD that has not been removed Hypersensitivity to any component of this product Known or suspected carcinoma of the breast History of ectopic pregnancy or condition that would predispose to ectopic pregnancy

25 INDICATIONS The GYNECARE THERMACHOICE UBT System is a thermal balloon ablation device intended to ablate the endometrial lining of the uterus in premenopausal women with menorrhagia (excessive uterine bleeding) due to benign causes for whom childbearing is complete. CONTRAINDICATIONS The device is contraindicated for use in: A patient with known or suspected endometrial carcinoma (uterine cancer) or premalignant change of the endometrium, such as unresolved adenomatous hyperplasia. A patient with any anatomic or pathologic condition in which weakness of the myometrium could exist, such as history of previous classical cesarean sections or transmural myomectomy. A patient with active genital or urinary tract infection at the time of procedure (e.g., cervicitis, vaginitis, endometritis, salpingitis, or cystitis). A patient with an intrauterine device (IUD) currently in place. A patient who is pregnant or who wants to become pregnant in the future.

26 Indications: NovaSure Endometrial Ablation is intended to ablate the endometrial lining of the uterus in premenopausal women with menorrhagia (heavy menstrual bleeding) due to benign causes for whom childbearing is complete. Contraindications: NovaSure Endometrial Ablation is contraindicated for use in patients who: Are pregnant or want to become pregnant in the future; pregnancies following ablation can be dangerous for both mother and fetus. Have known or suspected endometrial carcinoma (uterine cancer) or pre-malignant conditions of the endometrium, such as unresolved hyperplasia. Have any anatomic or pathologic condition in which weakness of the myometrium could exist, such as history of previous classical cesarean section or transmural myomectomy. Have active genital or urinary tract infections at the time of the procedure (e.g., cervicitis, vaginitis, endometritis, salpingitis, or cystitis). Have an intrauterine device (IUD) in place. Have a uterine cavity length less than 4 cm. (The minimum length of the electrode array is 4 cm; treatment of a shorter uterine cavity will result in thermal injury to the endocervical canal). Have active pelvic inflammatory disease.

27 Hysterectomy History of –Excessive bleeding evidenced by Menorrhagia or polymenorrhea Anemia due to chronic blood loss –Failure of hormonal treatment or contraindication to its use –No current medication that can cause bleeding, or contraindication to stopping –Endometrial sampling performed –No evidence of remediable pathology by one of the following: SHG Hysteroscopy HSG Consideration of alternate therapies Assessment of surgical risk from anemia and need for treatment 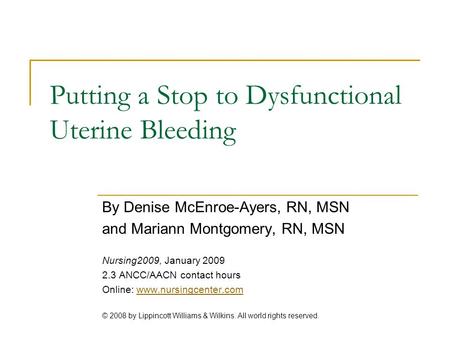 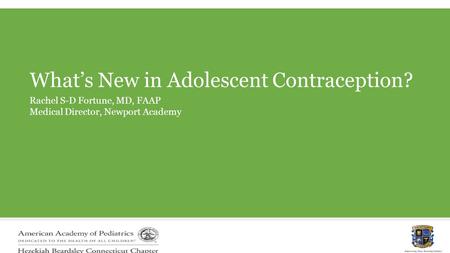 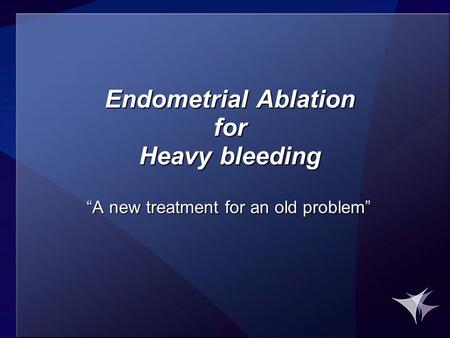 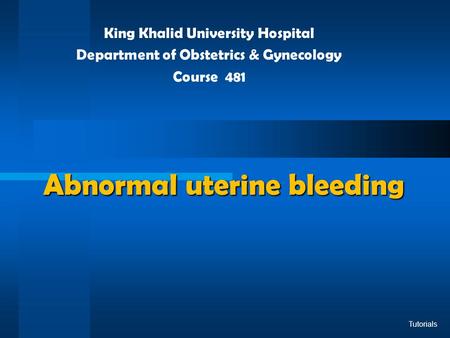 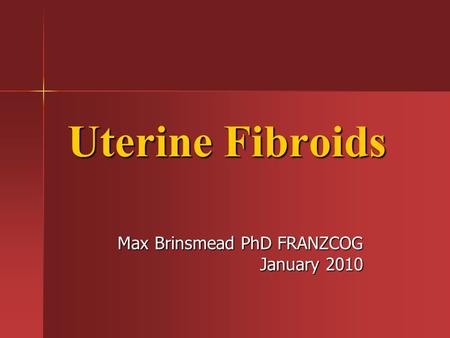 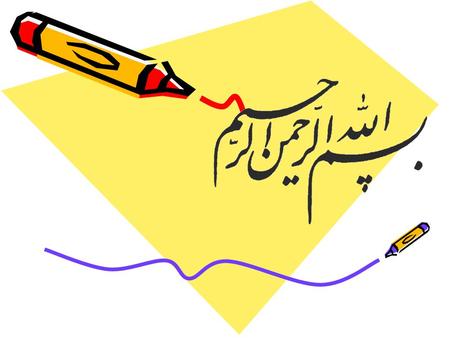 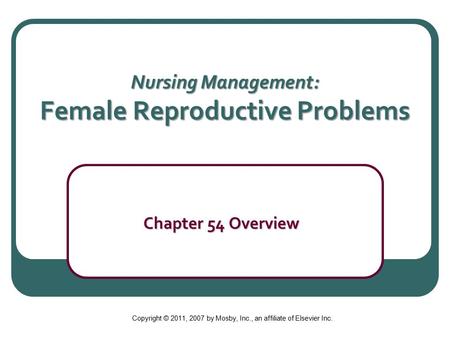 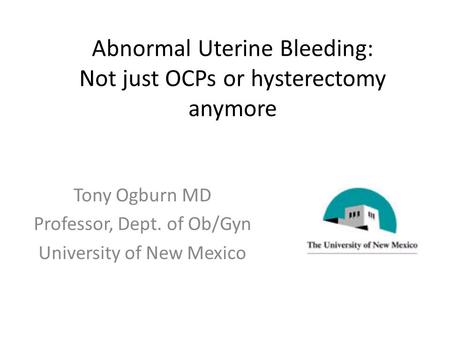 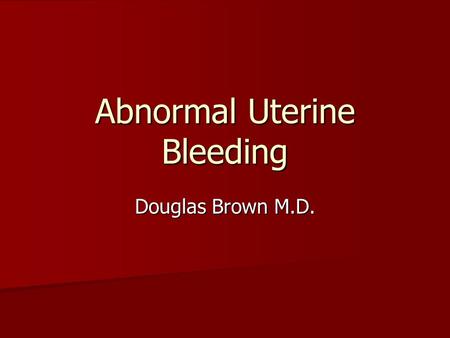 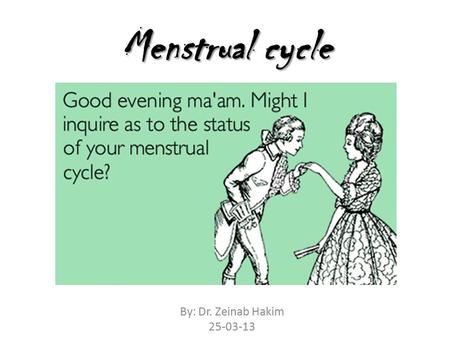 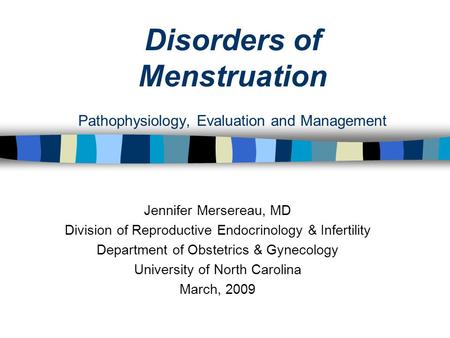 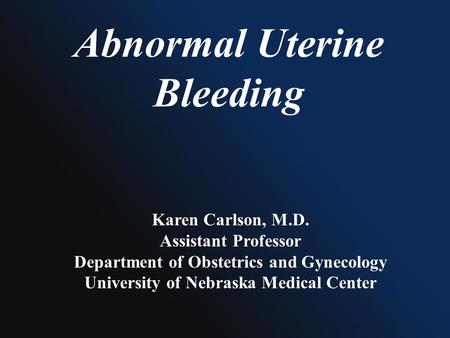 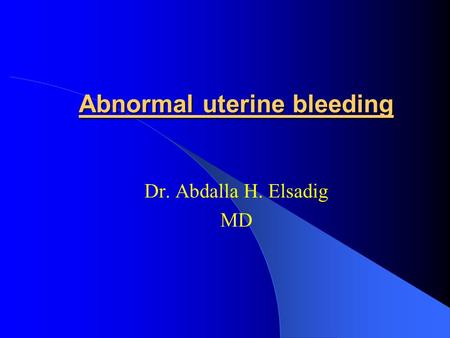 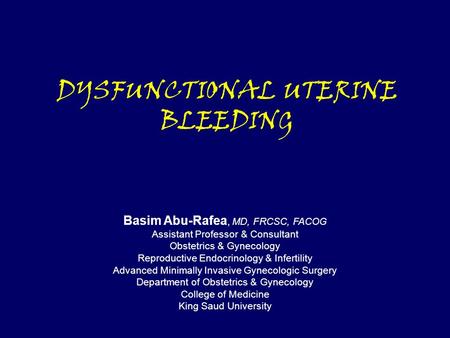 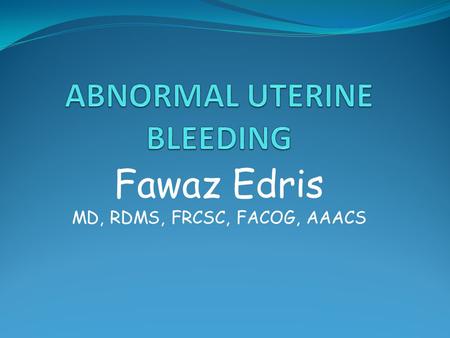 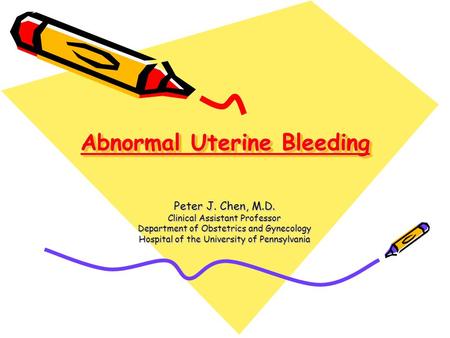 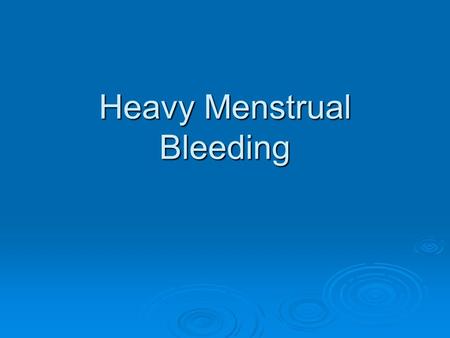 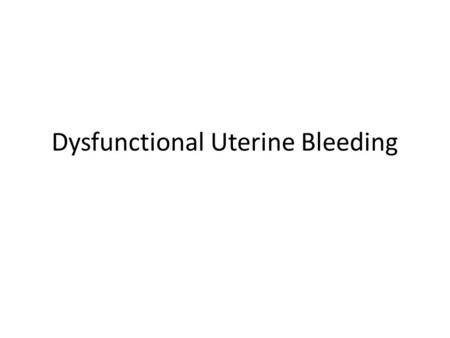 Dysfunctional Uterine Bleeding. DUB is defined as abnormal uterine bleeding in the absence of any organic lesion in the genital tract. Most common occurs. 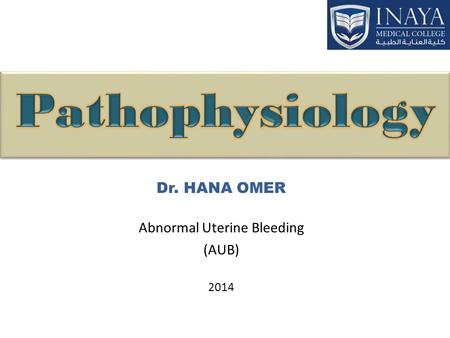 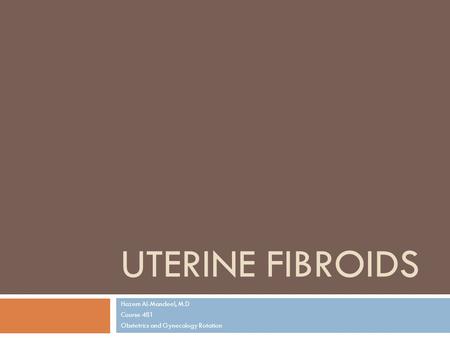