5 Objectives In this lesson, you will learn to:
Identify the Linux file hierarchy structure Specify absolute and relative pathnames Identify types of files and users in Linux Change the current directory and list its content Create and remove a directory Display the content of a file Copy, rename, move, or remove a file Determine and assign file access permissions Introduction to Linux

6 The Linux File System Linux follows the Unix file system which is a hierarchical, inverted-tree like structure. All the files are stored on the disk under / (root) directory. The directory, /, contains following directories: /bin: Stores commands available under the Linux system /dev: Stores all the device-related files for the system /etc: Stores the system-related data that the users and the system need to refer to, such as the passwd file /lib: Contains libraries of data for the compilers installed on the system, such as the C language routines /home: Contains all the home directories of users /usr: Stores the operating systems files not involved in the boot process /var: Stores information specific to different utilities of Linux Introduction to Linux

7 The Linux File System (Contd.)
A sample Linux file hierarchy structure ©NIIT Introduction to Linux Working with the Shell Lesson 1B / Slide 7 of 26

8 File Naming Conventions
The filenames in Linux: Can be up to 256 characters long Can contain special characters, except for ‘/’ Can contain both upper-case and lower-case alphabets Are case-sensitive Should not have a blank or a tab Introduction to Linux

10 Types of Files in Linux All information, including devices, is treated as a file in Linux. There are three categories of files: Ordinary files: Are created by a user and include all the data files, program files, object files, and executable files. Directory files: Are created automatically as a directory is created and contains information about the files under the directory. Special files: Are associated with input/output devices and are found in the standard Linux directories, such as /dev and /etc. Linux supports the following types of special files: Character device files: Read and write data one character at a time. Block device files: Access a block of data at a time. Hard links: Allow a single file to have multiple names. Symbolic links: Allow a single file to have multiple names across different file systems. Introduction to Linux

11 Types of Users in Linux The following are the user types supported by Linux: System administrator: Is responsible for the smooth operation of the system including tasks, such as create users and groups and make backups. File owner: Is a user who creates a file and can perform any operation on the file, such as copying, deleting, and editing. Group owner: Is a user belonging to a group who can share and access the files. Other users: Are users who do not belong to a particular group. Introduction to Linux

16 Demonstration-Creating File Hierarchy
Problem Statement Deez Inc. call center maintains the call-related data in a file hierarchy structure. The file hierarchy needs to be changed. According to the new requirements, the data related to the incoming calls needs to be stored in a centralized directory, ALLCALLS. This directory will contain two subdirectories, T01 and T02, to store the data related to two teams. Each of these two team directories will contain three subdirectories corresponding to the three team members in each team. Team members store their files only in their respective directories. Introduction to Linux

17 Demonstration-Creating File Hierarchy (Contd.)
Problem Statement (Contd.) The following figure depicts the hierarchy of the files: Angela has been assigned the task of creating the preceding file hierarchy structure. The file hierarchy needs to be created under the home directory on Angela’ s computer. Introduction to Linux

21 Demonstration-Assigning File Access Permissions
Problem Statement Steve is working as a team leader with the Allmart account of Deez Telecommunications Inc. He has created a file, Pricelist, in his home directory. The file, Pricelist, is a highly confidential file. There is always a risk of an unauthorized access to the file because various other people use Steve’s computer across the shifts. Though Steve has his login password secured, he wants to be sure regarding the confidentiality of the file. Steve does not want anybody other than himself to have an access to the file. Help Steve by suggesting him an appropriate solution. Introduction to Linux

22 Demonstration-Assigning File Access Permissions (Contd.)
Solution To provide an appropriate solution for restricting unauthorized access to the file, pricelist, Steve needs to perform the following steps: Identify the security measure that should be used in the given situation. Identify the type of user for whom the permission needs to be changed. Identify the type of permission that needs to be changed. Identify and implement the command to be used in the situation. Verify the file access permission of the file. Introduction to Linux

23 Summary In this lesson, you learned:
Linux uses a hierarchical file system to enable rapid access to files. A file name in Linux: Can be up to 256 characters long Can contain special characters, except for ‘/’ Can contain both upper-case and lower-case letters Is case-sensitive Should not have a blank or a tab A file has to be referred to by its path name, which can be either of the following: Full/Absolute path name Relative path name Introduction to Linux

24 Summary (Contd.) Every user has a home directory, which is used to maintain files and directories. There are different type of files in Linux, such as: Ordinary files Directory files Special files The types of users for files are: File owner Group owner Other users Introduction to Linux 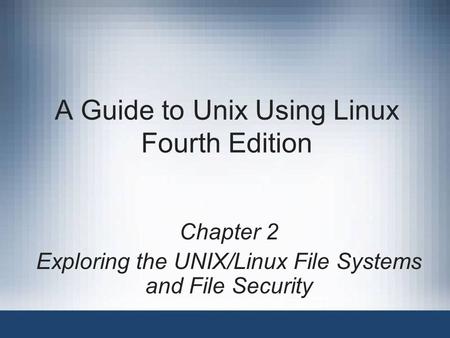 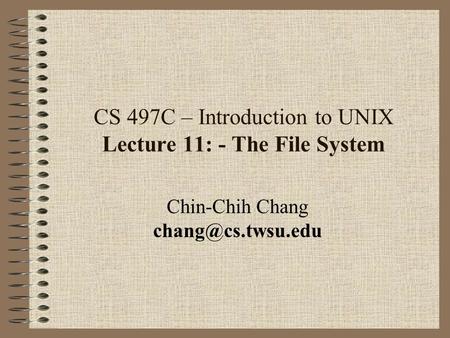 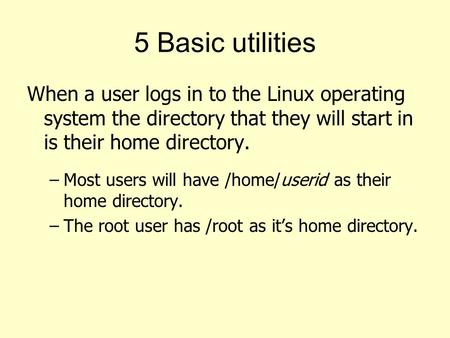 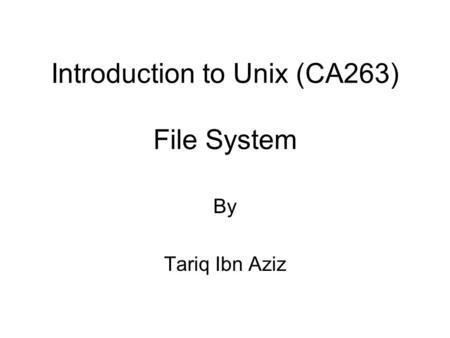 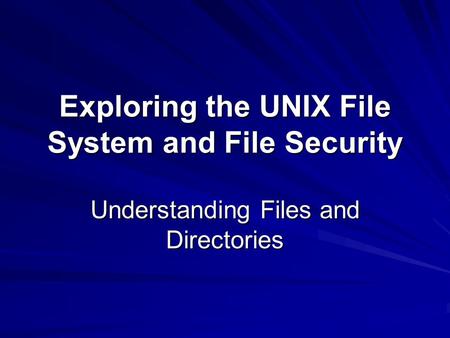 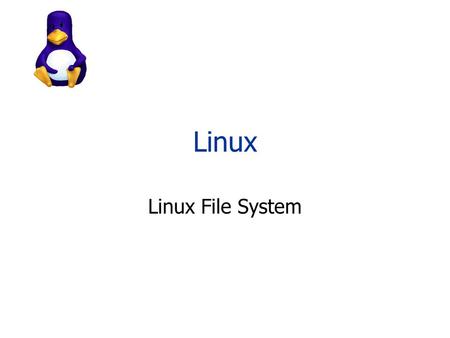 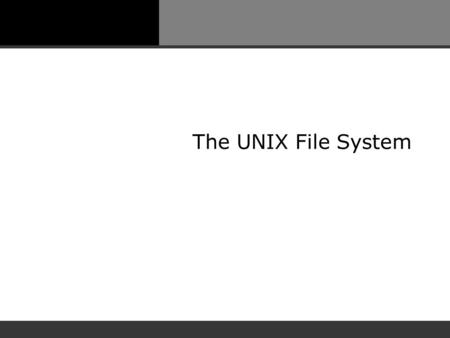 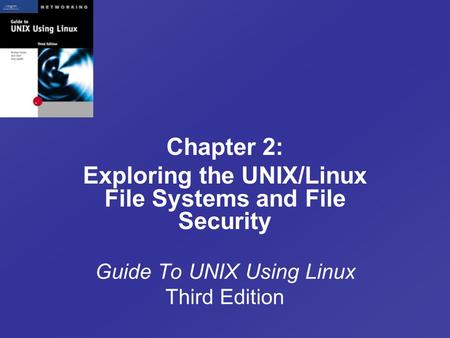 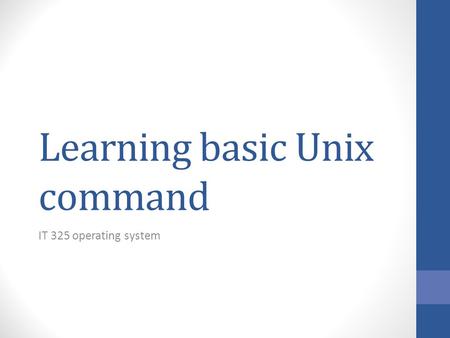 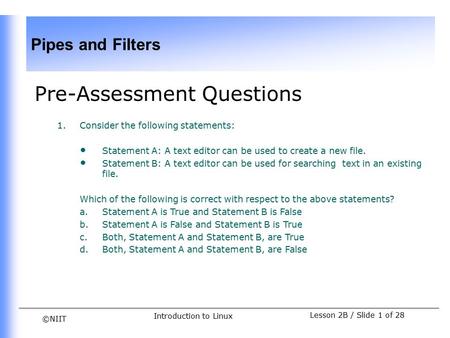 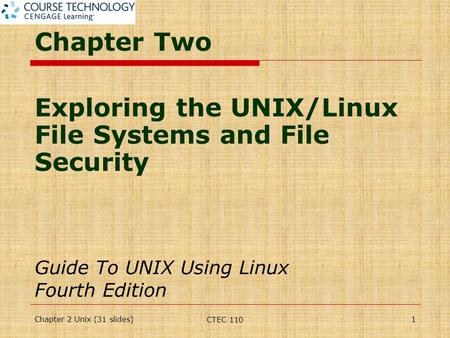 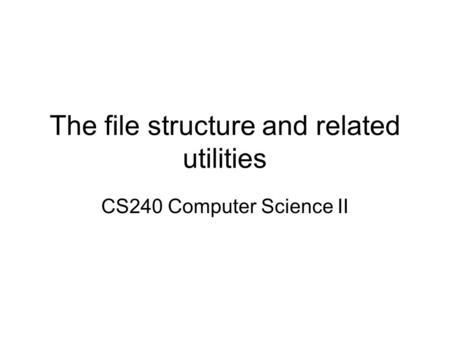 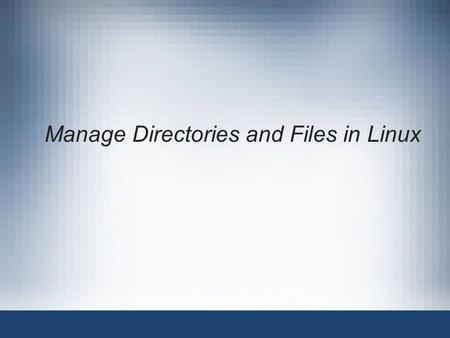