2 Federal legislation provides the guidelines that schools must follow when identifying children for special education services.  Based on the changes in IDEIA 2004, the US Department of Education (USDE) updated its regulations to state education departments. The new USDE regulations:  Explicitly ALLOW states to use RTI to identify LD  FORBID states from forcing schools to use a ‘discrepancy model’ to identify LD

3 “Traditionally, disability is viewed as a deficit that resides within the individual, the severity of which might be influenced, but not created, by contextual variables.” (Vaughn & Fuchs, 2003)

4 Prior to RTI, many states used a ‘Test-Score Discrepancy Model’ to identify Learning Disabilities.  A student with significant academic delays would be administered a battery of tests, including an intelligence test and academic achievement test(s).  If the student was found to have a substantial gap between a higher IQ score and lower achievement scores, a formula was used to determine if that gap was statistically significant and ‘severe’.  If the student had a ‘severe discrepancy’ [gap] between IQ and achievement, he or she would be diagnosed with a Learning Disability.

5  Requires chronic school failure BEFORE remedial/special education supports can be given.  Fails to consider that outside factors such as poor or inconsistent instruction may contribute to a child's learning delay.  A ‘severe discrepancy’ between test scores provides no useful information about WHY the student is doing poorly academically.  Different states (and even school districts within the same state) often used different formulas to diagnose LD, resulting in a lack of uniformity in identifying children for special education support.

6 'Response to Intervention' is an emerging approach to the diagnosis of Learning Disabilities that holds considerable promise. In the RTI model:  A student with academic delays is given one or more research-validated interventions.  The student's academic progress is monitored frequently to see if those interventions are sufficient to help the student to catch up with his or her peers.  If the student fails to show significantly improved academic skills despite several well-designed and implemented interventions, this failure to 'respond to intervention' can be viewed as evidence of an underlying Learning Disability.

7 Under RTI, if a student is found to be performing well below peers, the school will: 1. Estimate the academic skill gap between the student and typically-performing peers 2. Determine the likely reason(s) for the student’s depressed academic performance 3. Select a scientifically-based intervention likely to improve the student's academic functioning 4. Monitor academic progress frequently to evaluate the impact of the intervention 5. If the student fails to respond to several well- implemented interventions, consider a referral to Special Education

8 Three general methods for estimating the ‘typical’ level of academic performance at a grade level:  Local Norms: A sample of students at a school is screened in an academic skill to create grade norms (Shinn, 1989)  Research Norms: Norms for ‘typical’ growth are derived from a research sample, published, and applied by schools to their own student populations (e.g., Shapiro, 1996)  Criterion-Referenced Benchmarks: A minimum level, or threshold, of competence is determined for a skill. The benchmark is usually defined as a level of proficiency needed for later school success (Fuchs, 2003)

12 Any intervention chosen for the student should be backed by scientific research (e.g., research articles in peer-reviewed professional journals) demonstrating that the intervention is effective in addressing the student’s underlying reason(s) for academic failure.

14 In the RTI model, the student would be referred for a special education evaluation if:  A series of research-based interventions have been attempted  There is documentation that the interventions were carried out as designed (treatment/intervention integrity)  Progress-monitoring data shows that the student failed to meet the goal set for his or her improvement (that is, the student shows a ‘discrepancy in rate of learning’ relative to grade- peers).

16  One advantage of RTI in the diagnosis of educational disabilities is that it allows schools to intervene early to meet the needs of struggling learners.  Another advantage is that RTI maps those specific instructional strategies found to benefit a particular student. 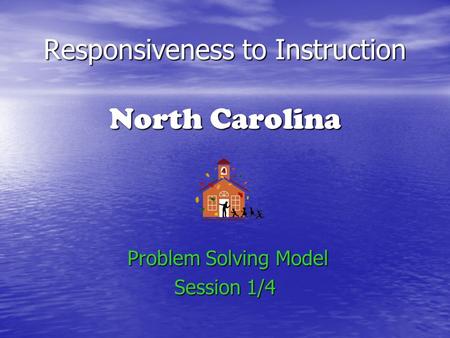 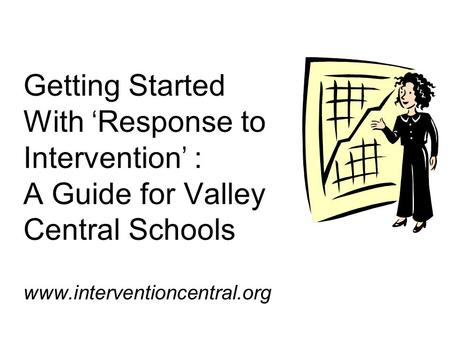 Getting Started With ‘Response to Intervention’ : A Guide for Valley Central Schools 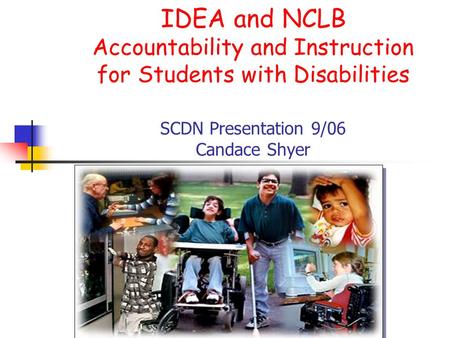 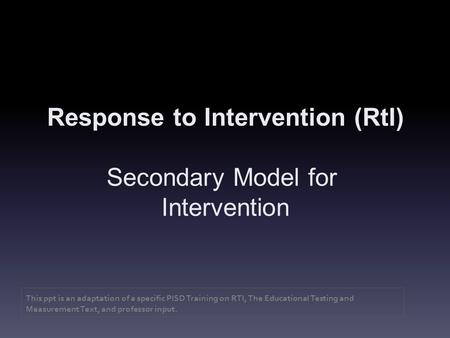 Response to Intervention (RtI) Secondary Model for Intervention This ppt is an adaptation of a specific PISD Training on RTI, The Educational Testing and. 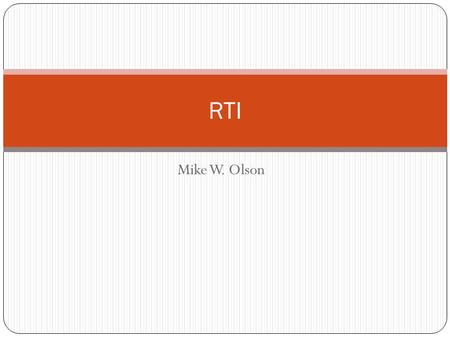 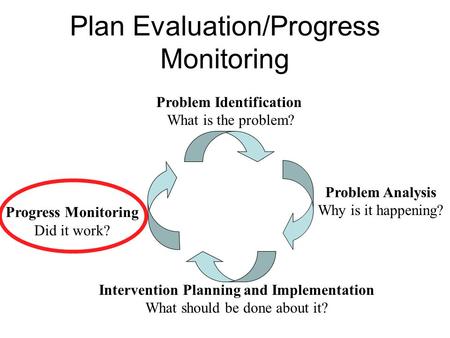 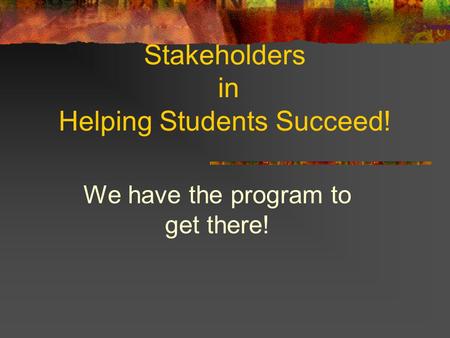 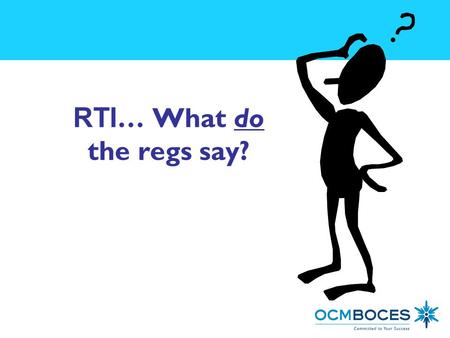 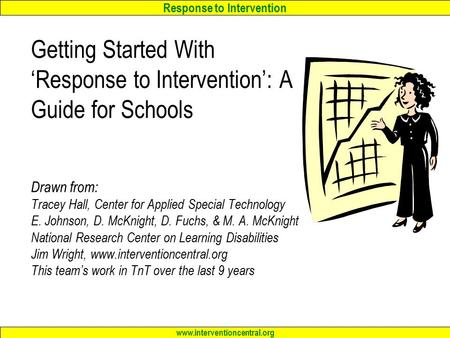 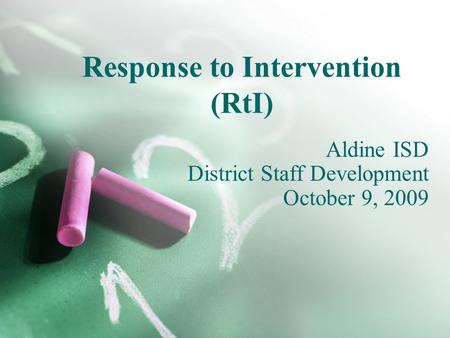 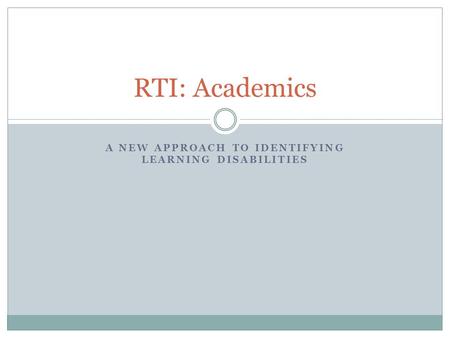 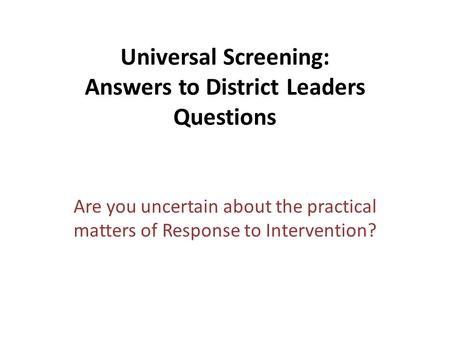 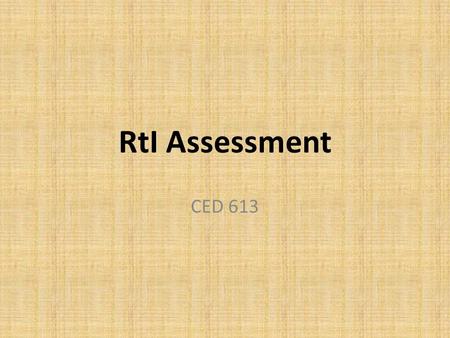 RtI Assessment CED 613. Universal Screening What is it and what does it Evaluate? What is the fundamental question it is asking? What is the ultimate. 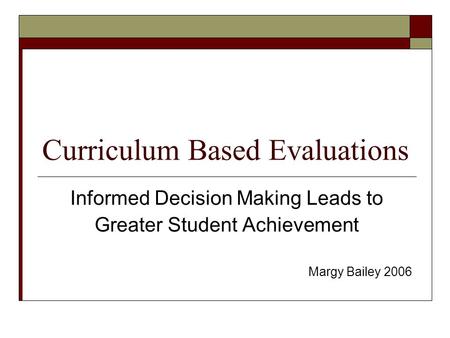 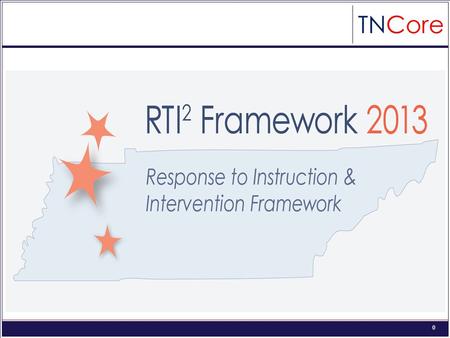 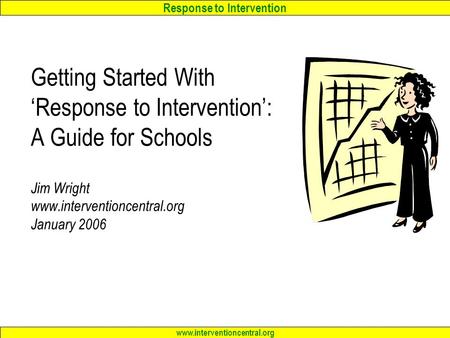 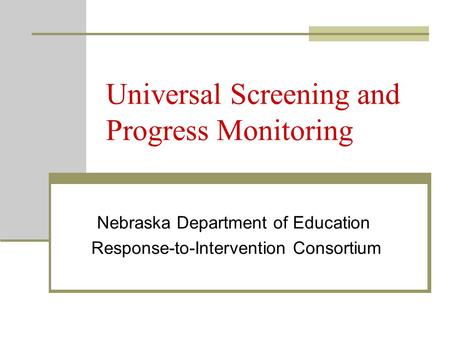 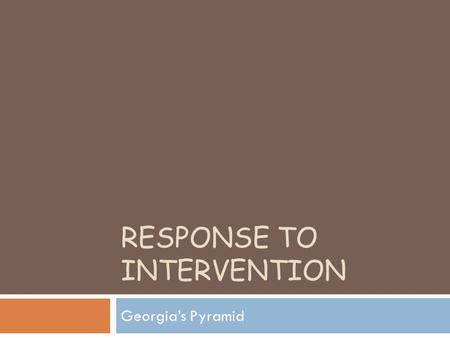 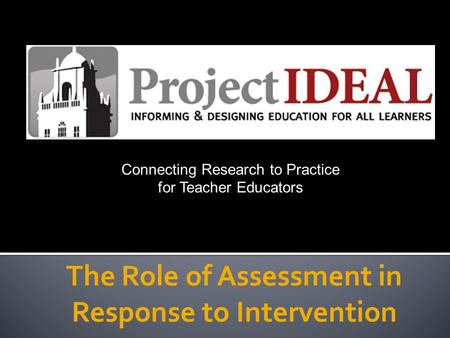 The Role of Assessment in Response to Intervention Connecting Research to Practice for Teacher Educators. 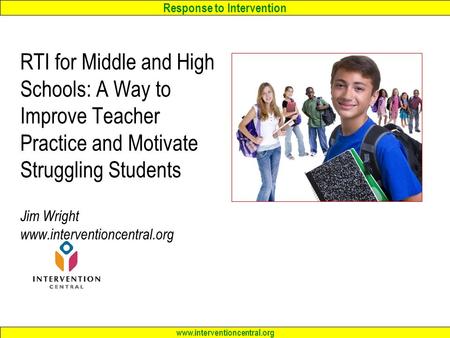