6 He put his own daughter in a skinner box

8 Identify the aversive stimuli And the behavior being strengthened Taking aspirin to relieve a headache. Hurrying home in the winter to get out of the cold. Giving in to an argument or to a dog’s begging. Smoking in order to relieve anxiety. Faking a stomachache in order to avoid school. Putting on your seat belt to stop buzzing.

11 How can you use operant conditioning to teach a new behavior? Shaping= Reinforce behaviors that are increasing similar to the desired behavior Chaining= Reinforcing every behavior in a sequence

19 Side effects of punishment People/situations associated with punishment become feared, resented or disliked Encourage escape and avoidance Can increase aggression

20 Effective Punishment? Mary’s mom always tries to wait a while before she punishes Mary so that she can calm down and be more even-handed in her punishment. When Dave runs out into the street, his dad holds him on his lap and softly talks to Dave about how dangerous it is to run into the street Tom’s dad is warm and affectionate most of the time but his children know that when they do certain things, they will be punished for it. Mrs. Turner tries to ignore Sam’s wise-guy remarks but he gets attention from other children for being a wise guy. Ms. Turner decides to isolate Sam for 5 minutes each time he disrupts class. Ms. Andrews send Tim to the principal’s office because he hit another child in class. Tim waits for 20 minutes until the principal gets out of a meeting before he is punished.

21 Aversion therapy (punishment) An individual learns to associate a STRONG aversion to a particular behavior. 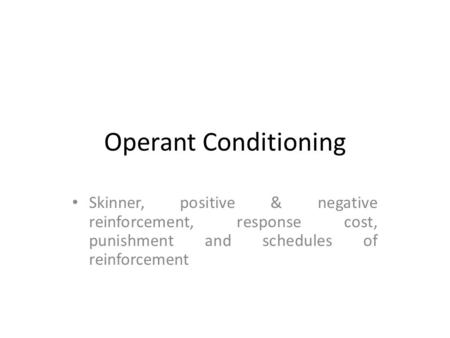 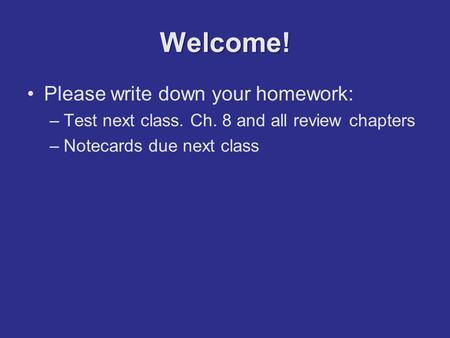 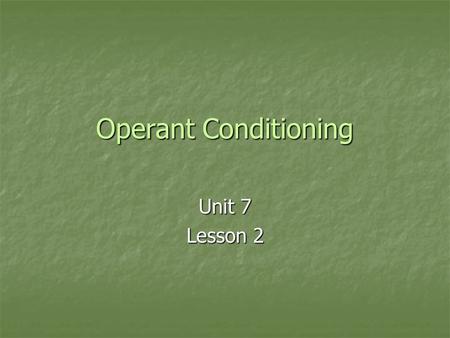 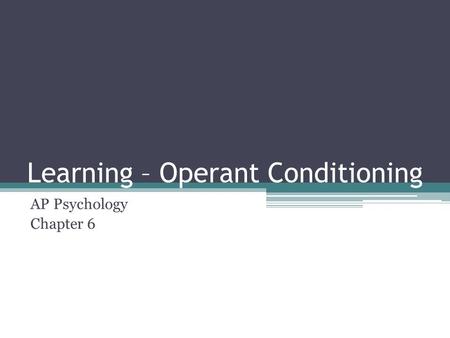 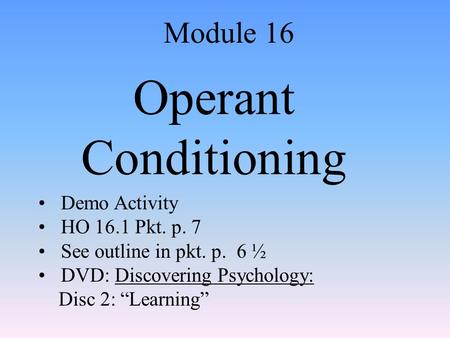 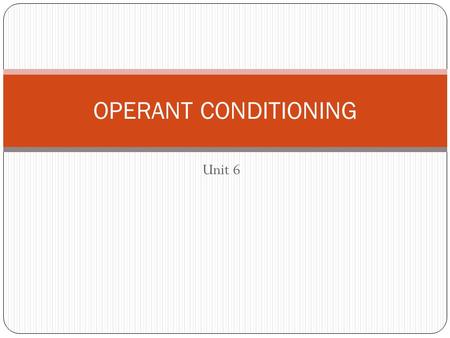 Unit 6 OPERANT CONDITIONING Sensitivity to Punishment & Rewards Punishment Score= Add all of your Yes responses for each ODD number You’ll have a range. 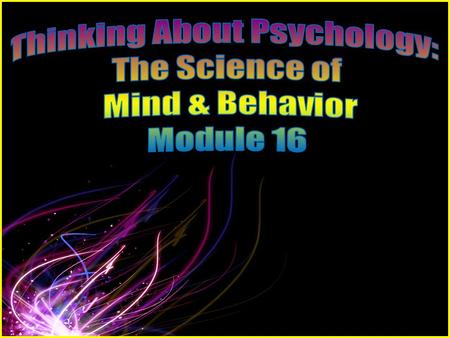 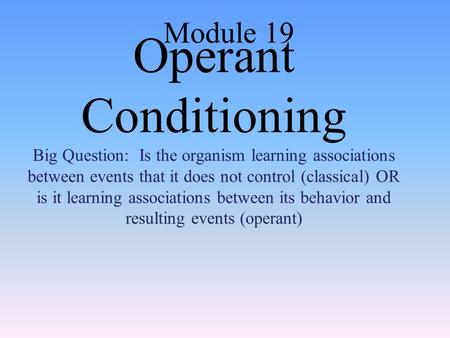 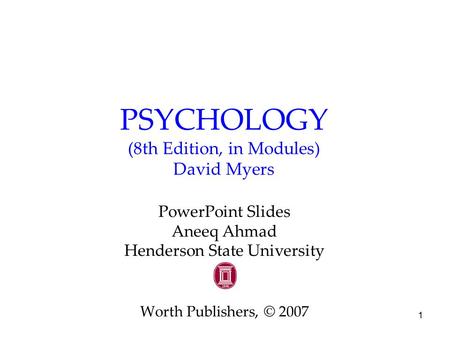 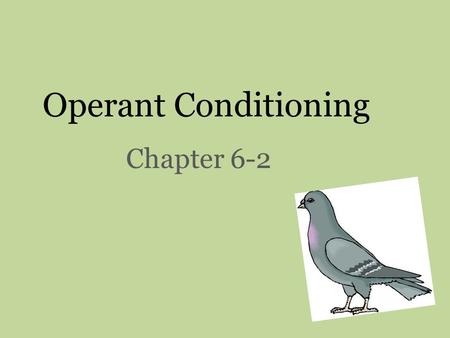 Operant Conditioning Chapter 6-2. “Everything we do and are is determined by our history of rewards and punishments.” ~B.F. Skinner. 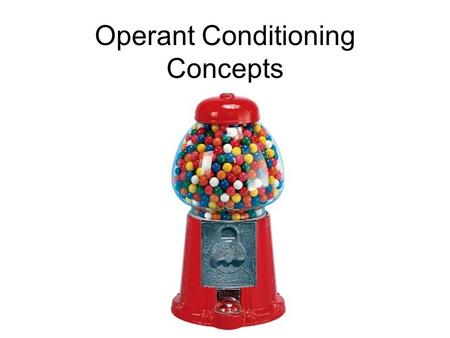 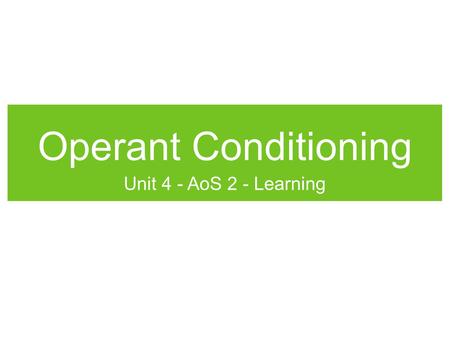