Presentation on theme: "3. Natural Climate Variability. SPM 1b Variations of the Earth’s surface temperature for the past 1,000 years Approx. climate range over the 900 years."— Presentation transcript:

2 SPM 1b Variations of the Earth’s surface temperature for the past 1,000 years Approx. climate range over the 900 years up to 1900 Last century appears unusual But the climate variations before the industrial revolution were almost certainly natural – what caused them? And could 20 th century warming also be a natural variation?

12 Sunspots discovered around 1610 by Harriot / Galileo Typically the diameter of the Earth. Slightly cooler regions of the photosphere. Associated with convection in the Sun’s interior. Confusingly, more sunspots correspond to more energy output from the Sun.

17 El Niño-Southern Oscillation (ENSO) ENSO is one of the main causes of global climate variability. But what is El Nino? Ocean-Atmosphere interaction in the tropical Pacific Winds, ocean temperatures, cloud and rainfall patterns all change Occurs every 2-10 years, lasts 12-18 months Irregular – initiation not understood During a strong El Nino (e.g. 1997/98), global temperatures can rise, by up to about 0.3 °C Impacts: Peruvian fishing & seabirds Coral bleaching due to high sea temperatures South American rainfall Global teleconnections – e.g. linked to droughts in Africa Modulates strength of tropical storms

22 February 1997 C: Warm water spreads across the Pacific beneath the surface

23 D: Warm water reaches surface in the central Pacific – this starts an interaction with the winds: Easterly winds weaken, and this tends to make the ocean warmer: positive feedback April 1997

24 May 1997 Warm water reaches the surface off Peru, and warm water in the central Pacific expands

28 May 1998 El Nino almost over, after about 1 year of elevated sea-surface temperatures. Note the expanding cold anomaly: this heralds La Nina, the opposite phase of El Nino.

37 SPM 1b Variations of the Earth’s surface temperature for the past 1,000 years Most of the past climate variability can be explained by volcanoes, fluctuations in the sun, and internal variability. Natural variability can’t explain 20 th century warming.

Download ppt "3. Natural Climate Variability. SPM 1b Variations of the Earth’s surface temperature for the past 1,000 years Approx. climate range over the 900 years." 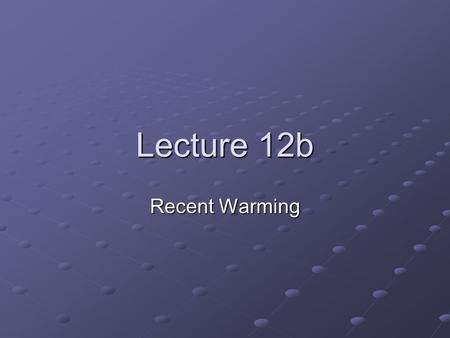 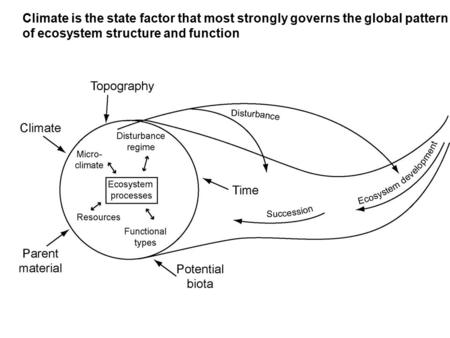 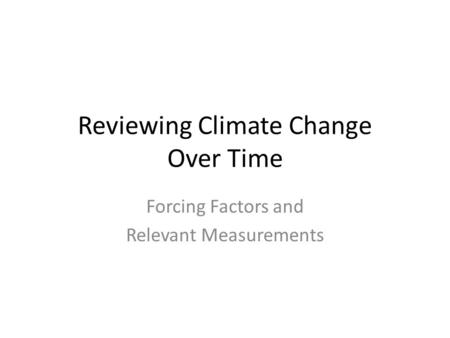