1 Mechanical Weathering
Mechanical weathering affects all rock on Earth’s surface. Release of Pressure As rock erodes, release of pressure causes the outside of the rock to crack and flake off. Freezing and Thawing When water freezes in a crack in a rock, it expands and makes the crack bigger. Animal Actions Burrowing animals like this mole can loosen and break apart rocks and soil. Plant Growth Roots of plants enter cracks in rocks, forcing the cracks farther apart. Abrasion Rock particles carried by wind, water, or ice and wear away exposed rock surfaces like sandpaper on wood.

2 Chemical Weathering WATER (H2O) Water dissolves rock. I can also mix with other chemicals to dissolve rock quicker. OXYGEN (O2) Combines with iron to cause rust CARBON DIOXIDE (CO2) Combines with water to cause Type of acid rain LIVING ORGANISMS Grow in cracks in rock and cause additional cracking. Some roots produce weak acids ACID RAIN Air pollution mixes with water to form sulfur, nitrogen and carbon compounds that cause rapid chemical weathering

5 Rate of Weathering The most important factors that determine the rate at which weathering occurs are the type of rock and the climate. Some rocks weather more easily because they are permeable, which means filled with tiny connected air spaces. Define “permeable” in your notebook, include examples

6 Which Weathered Faster?
The graph shows the rate of weathering for two identical pieces of limestone that weathered in different locations.

7 Which Weathered Faster?
Reading Graphs: What does the x-axis of the graph represent? Time in years

8 Which Weathered Faster?
Reading Graphs: What does the y-axis of the graph represent? The thickness of stone lost to weathering

11 Which Weathered Faster?
Inferring: Since the two identical pieces of limestone weathered at different rates, what can you infer caused the difference in their rates of weathering? They were exposed to different climate conditions.

13 Soil Soil particles range in size from gravel to clay particles too small to be seen by the unaided eye. The sand, silt, and clay shown here have been enlarged.

14 The Process of Soil Formation
Soil forms as rock is broken down by weathering and mixes with other materials on the surface. Soil is constantly being formed wherever bedrock is exposed.

16 Living Organisms in Soil
Some soil organisms make humus, the material that makes soil fertile. Other soil organisms mix the soil and make spaces in it for air and water.

17 Soil Damage and Loss - Wind erosion is one cause of soil loss. For example, wind erosion contributed to the Dust Bowl on the Great Plains. The Dust Bowl ruined farmland in western Oklahoma and parts of the surrounding states. Wind blew dry particles of soil into great clouds of dust that traveled thousands of kilometers. 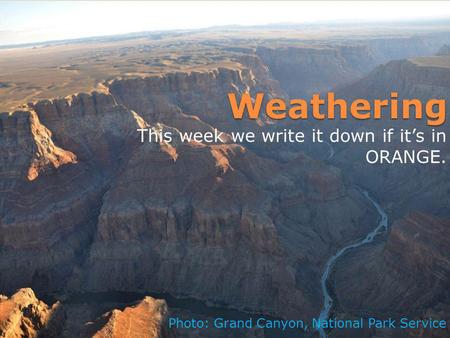 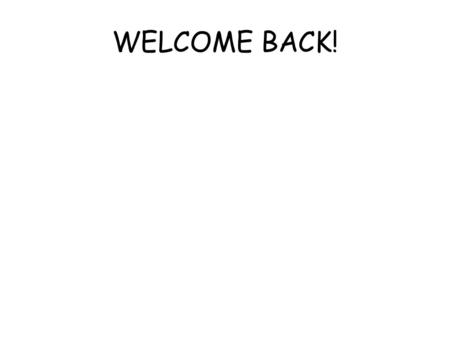 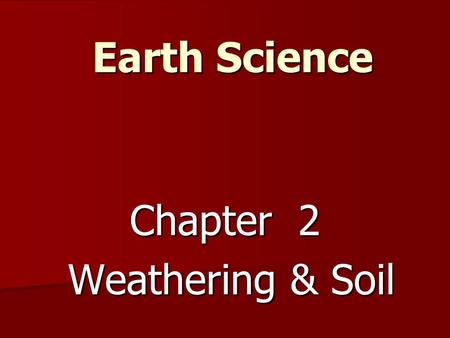 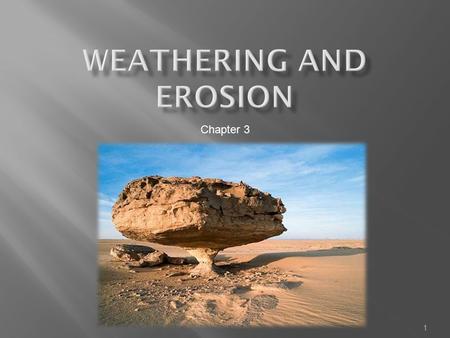 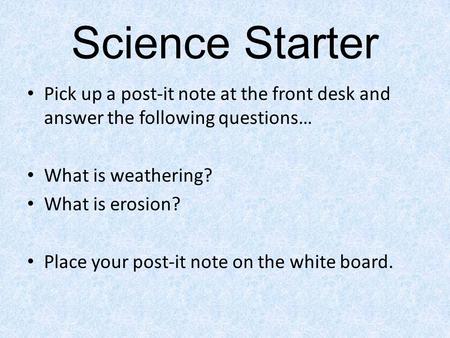