Lecture 12 Latches Section 5.1-5.3, 9.1-9.2. Block Diagram of Sequential Circuit gates New output is dependent on the inputs and the preceding values.

2 Block Diagram of Sequential Circuit gates New output is dependent on the inputs and the preceding values of outputs. Characteristic: the output node is intentionally connected back to inputs.

3 Sequential Circuits Two types of sequential circuits – Synchronous: circuits whose behavior can be defined from its signals at discrete instants of time. Clocks are to achieve synchronization. – Asynchronous circuits depend on input signals and the order in which the inputs change. (No clock pulses are used!)

5 Applications of Asynchronous Circuits Asynchronous circuits are important where the digital system must respond quickly without having to wait for a clock pulse Useful in small independent circuits that require only a few components— where it may not be practical to go to the expense of providing a circuit for generating clock pulses!

11 SR Latch with NOR Gates t PDSQ =2 NOR gate delays. t PDRQ_ =1 NOR gate delay Forbidden State SR are trigger pulses which can return to zero once Q is set. Active High inputs

29 Continuous versus Procedural Statement Procedural statement Continuous statement: Clk_out is updated whenever Clkcdiv[2] changes. clk_out is a wire! Clkdiv is only incremented when a posedge of mclk is detected. clkdiv is a reg! 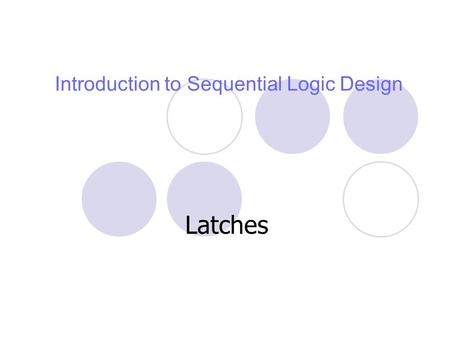 Introduction to Sequential Logic Design Latches. 2 Terminology A bistable memory device is the generic term for the elements we are studying. Latches. 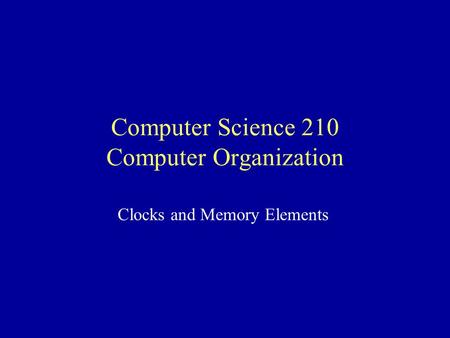 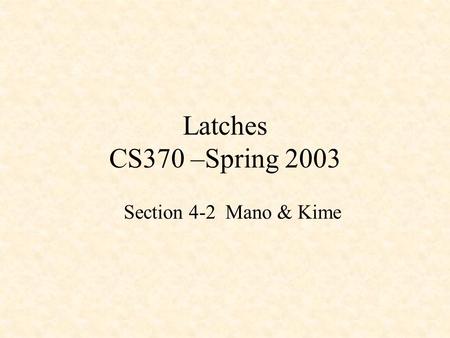 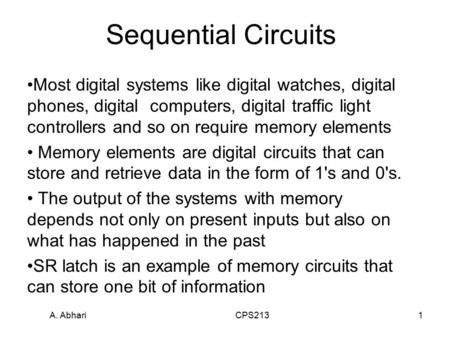 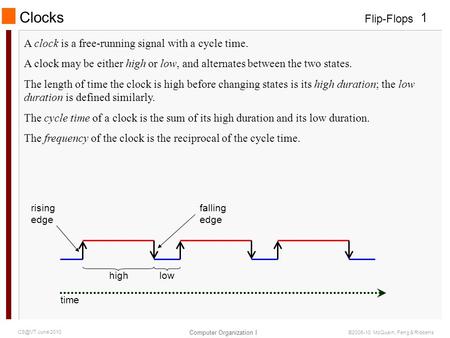 Flip-Flops Computer Organization I 1 June 2010 © McQuain, Feng & Ribbens A clock is a free-running signal with a cycle time. A clock may be. 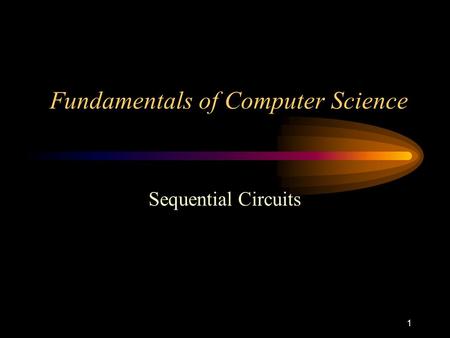 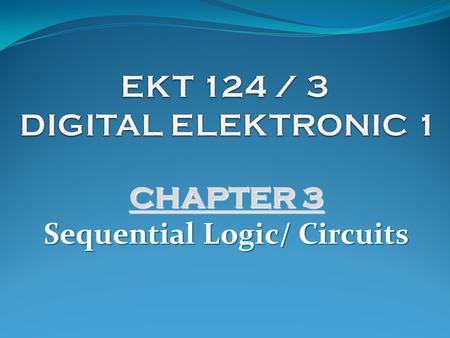 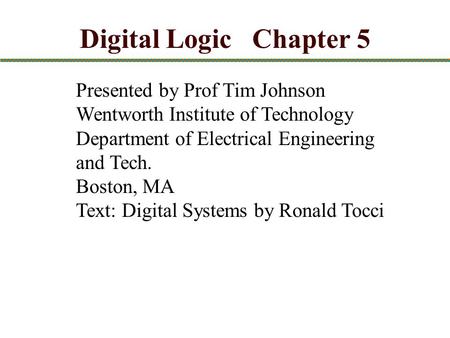 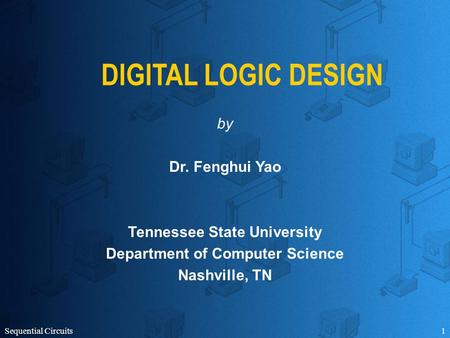 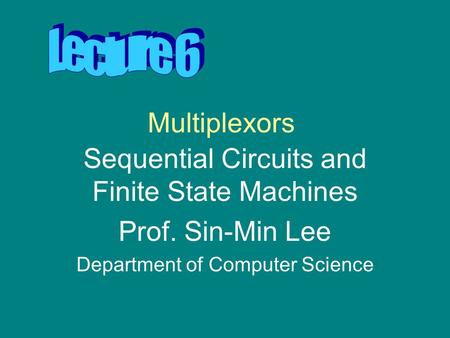 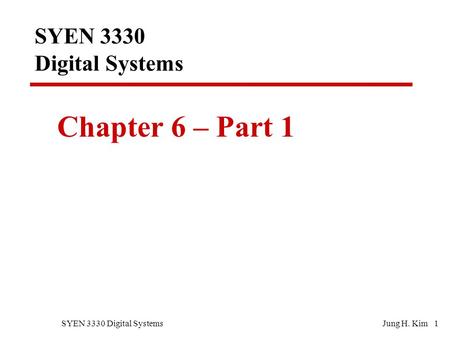 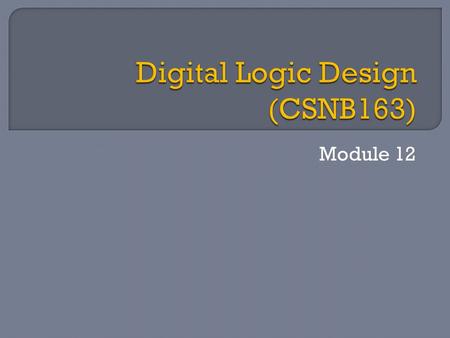 Module 12.  In Module 9, 10, 11, you have been introduced to examples of combinational logic circuits whereby the outputs are entirely dependent on the. 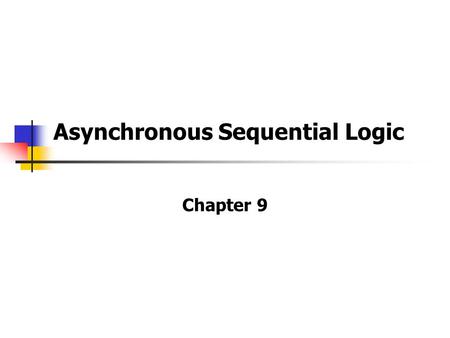 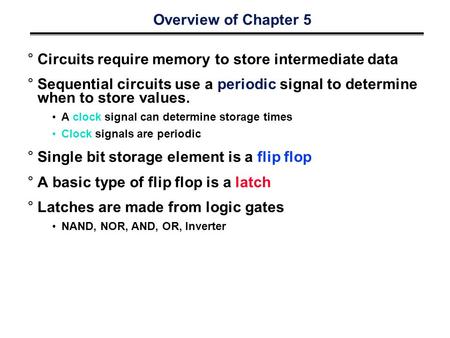 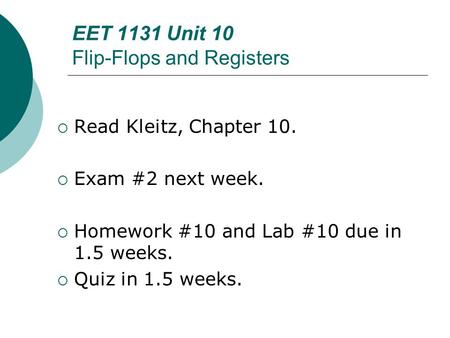 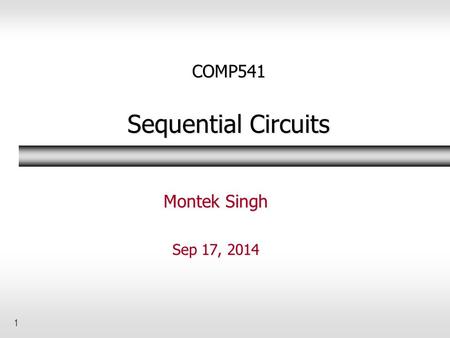 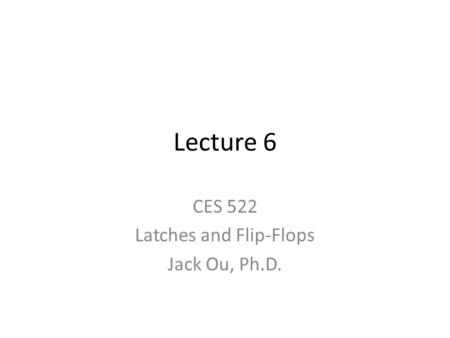 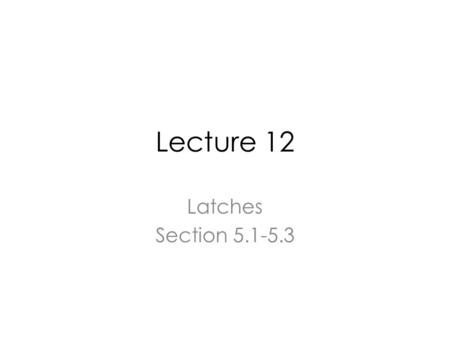 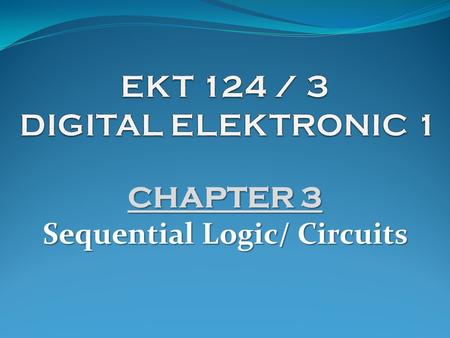 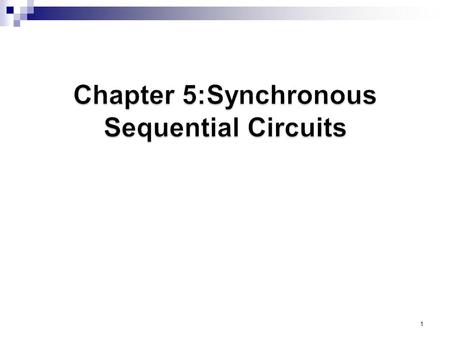 1. 2 Logic Circuits Sequential Circuits Combinational Circuits Consists of logic gates whose outputs are determined from the current combination of inputs.