Presentation on theme: "Music Magazine Proposal: CASSETTE Taz Martinson. Magazine Title/Tagline The name of my music magazine is CASSETTE, based on the fact that most Lo-Fi artists."— Presentation transcript:

2 Magazine Title/Tagline The name of my music magazine is CASSETTE, based on the fact that most Lo-Fi artists record using inexpensive cassette recorders. It’s a catchy, one word title, which is memorable, and can be easily associated with Lo-Fi music. A possible tagline/sell line could be “The World’s Leading Lo-Fi Magazine”, although it is quite generic.

3 Genre The main genre of my magazine will be Lo-Fi music, and it’s sub-genres (e.g. Blues, Folk, Indie Rock, Post Punk Revival, etc.). Lo-Fi music is a lower quality of sound than usual, and covers a large range of bands. A lot of bands that are classed as Lo-Fi are generally not well known, although there are exceptions, such as Arcade Fire and The White Stripes. I have chosen this genre, because I enjoy listening to this type of music, and will therefore find it easier to write about. I also think there is a large market for a magazine like this, as there isn’t anything like it out there. There will be a focus on smaller, less well-known bands, who can use the magazine as a platform to promote themselves.

6 Unique Selling Point There are several USPs for the magazine; firstly, the market is wide open for a Lo-Fi magazine, because there is nothing out there like it. Secondly, it will contain exclusive content, that can not be accessed anywhere else; this will involve inside access with the hottest Lo-Fi bands. It will be released every week, rather than monthly, at a price of roughly £2.50; this means a lot of content, for a feasible price. Another USP is that it will have a vintage style about it, rather than a glossy modern magazine. There will also be a code in each issue, which allows the reader to access an exclusive “mixtape” download, of the latest Lo-Fi music. As mentioned earlier in the presentation, the magazine will feature gonzo journalism, to appeal to the target audience. Competitions will be featured every week, to win limited edition prizes, often signed by artists.

7 Model Front Cover This issue of NME is my model front cover. I have chosen it, because of it’s stylish, yet informative, nature. The black and white image, that acts as a background, interests me, and I would like to recreate this for my music magazine; it contrasts well with the font, and other images. Because there are four figures in the image, a long shot is used, whereas if there was only one figure, I would use a medium close-up. The image bleeds off the page, therefore filling the entirety of it. The title, is not only behind the image, but also ties in with the rest of the font colour. There are two font colours used, white and pink; the colours aren’t too bold, but stand out nonetheless. The use of a Polaroid effect around the secondary images is quite unique, and is something I would look into doing.

8 Reader’s Profile A 17 year old student, struggling to escape from the dead end life that most people slip into, get away from normality. He’s still at Sixth Form/College, and has a part-time job, so juggling both of these is becoming more and more tiresome. In his spare time, he hangs out with his friends, plays guitar and listens to the latest Indie/Alternative music. His father and mother have greatly influenced his taste in music; his father was the first person to introduce him to Delta Blues artists, such as Robert Johnson and James Cotton; his mother was more interested in the Britpop movement during the 90;s, featuring artists such as Blur, Oasis and Pulp. The reader develops his own taste in music, particularly enjoying the raw sound of Indie Rock, like The Libertines, and the Post-Punk Revival, such as The Strokes and The Hives. The rough nature of these sorts of records led him to Lo-Fi music, which combined a lot of his parents influences, and his own personal tastes in music. He searches for a source of information on the latest news in the Lo-Fi culture, but nothing jumps out at him. He doesn’t have the time to find everything he needs to know, due to his busy schedule, so is in dire need of a weekly guide to Lo-Fi.

9 Editorial Mission Statement In summary, CASSETTE aims to provide an informative, yet entertaining look at the Lo-Fi genre. This will be performed through interviews, artist biographies, news, up and coming artists and reviews. CASSETTE is a platform for the unsung Lo-Fi culture, to voice it’s opinions and share it’s wonderful music; a magazine for artists, dedicated to their individual craft.

Download ppt "Music Magazine Proposal: CASSETTE Taz Martinson. Magazine Title/Tagline The name of my music magazine is CASSETTE, based on the fact that most Lo-Fi artists." 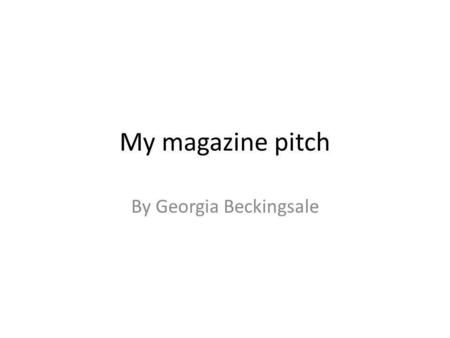 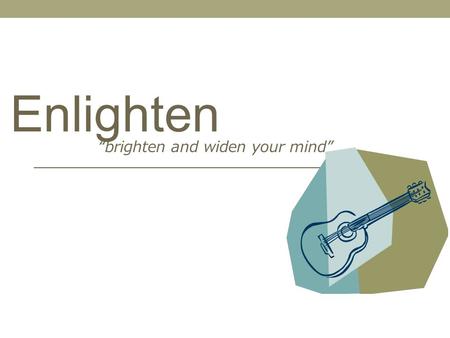 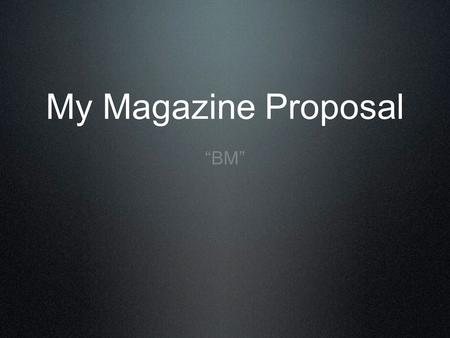 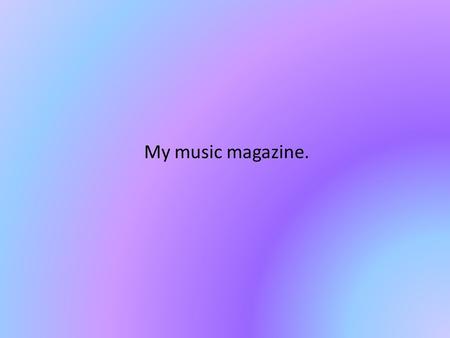 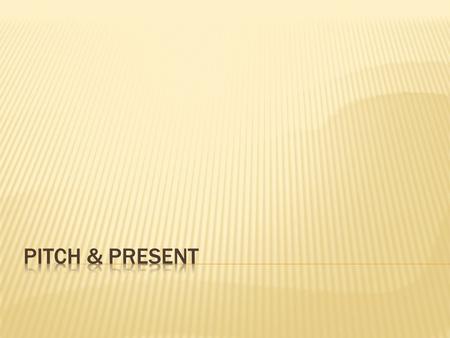