2 SETTING The story mostly takes place in the East Side of town. Windrixville- an abandoned church

4 CONFLICT There are 2 conflicts in this story: 1) The battle between Greasers and Socs. Socs come to the East Side just to jump Greasers for fun. Greasers can’t even stay outside of their house alone for long periods of time without being seriously jumped by 4 Socs. The Greasers and Socs have an all-out rumble to settle this. Johnny murders a Soc named Bob he and flees to Windrixville with Ponyboy with help from Dally.

5 S UMMARY OF PLOT Ponyboy, Darrel, Sodapop, Dallas, Two-Bit, and Johnny live in the East, trying not to cause any trouble with the Socs. When Johnny gets jumped by 4 Socs, he promises himself that no one was going to beat him up like that ever again. Ponyboy, Johnny, Two-Bit and Dallas go to a movie where they meet Sherri(Cherry)Valance and Mercia. After the movie, they get spotted by a few Socs and almost get beat up. Ponyboy runs away after Darrel hits him. He later finds Johnny and they go to the park where the Socs from the movie, attack them. Ponyboy gets knocked out but, when he wakes up, he realizes that Johnny had murdered one of them with a knife (which goes back to his promise to himself). Knowing the police might come after them, they get help from Dallas and flee to Windrixville for a couple of weeks. During their time in Windrixville, Johnny and Ponyboy become turned heroes when they save 5 little kids from a burning building and end up in the hospital. Ponyboy is released from the hospital and participates in the all-out rumble against the Socs where he gets a concussion. Ponyboy doesn’t do well in school like he used to and is very forgetful.

6 THEME This book’s theme is we should fight for what we believe in, even if it seems far too impossible. This group of friends stood up to fight against unfairness. Since they were loyal and believed, they succeeded.

7 P OINT OF V IEW The Outsiders is told from Ponyboy Curtis’ point of view. It helps the reader understand the story from this point of view because Ponyboy tells how he feels about how things happen, why things happen, and how he felt about the situation he was in since he was more of a thinker than anyone else in the group.

8 SYMBOLISM I think the symbol of Friendship best symbolizes The Outsiders really well. No matter how mad, crazy, or selfish any of them were, they always stuck together. Because of their loyalty to eachother, they succeeded in their goal.

9 RECOMMENDATION “This remarkable novel gives a moving, credible view of the outsiders from the inside…we meet powerful characters in a book with a powerful message.” -The Horn Book “Taut with tension, filled with drama.” -The Chicago Tribune “What it’s like to live lonely and unwanted and cornered by circumstance….There is rawness and violence here, but honest hope, too.” -National Observer 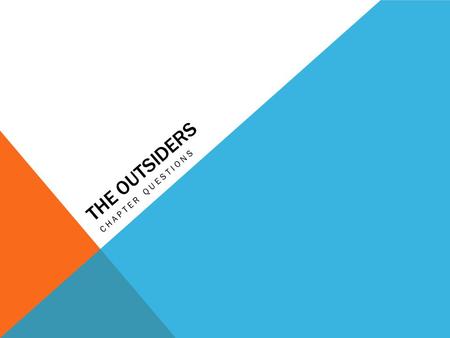 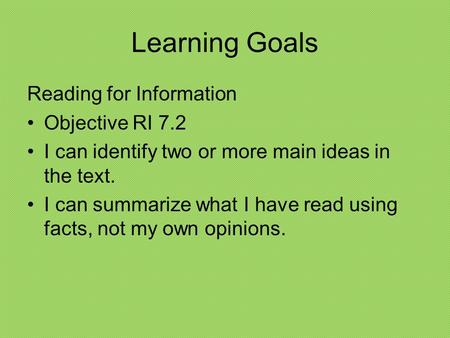 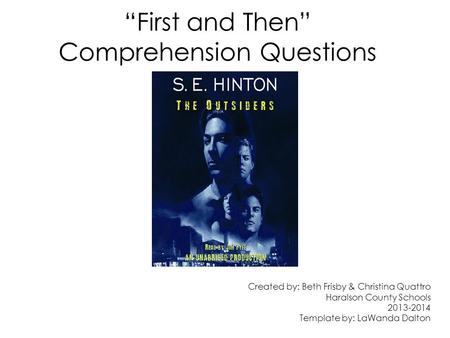 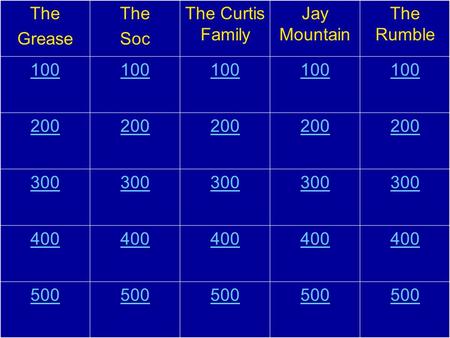 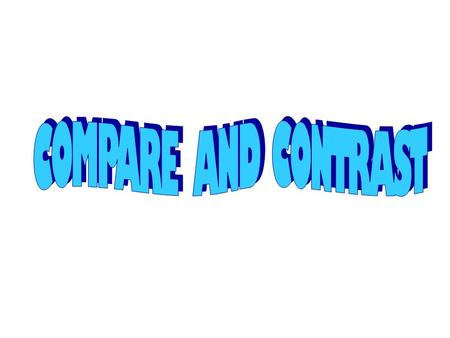 Comparison and contrast are ways of looking at things and thinking about how they are alike and different. 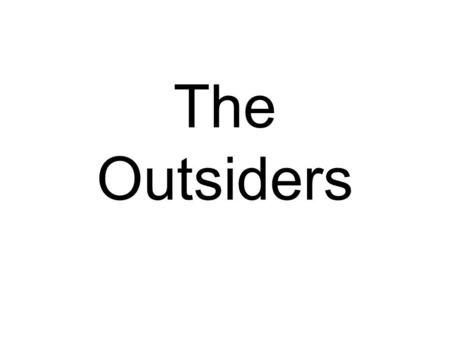 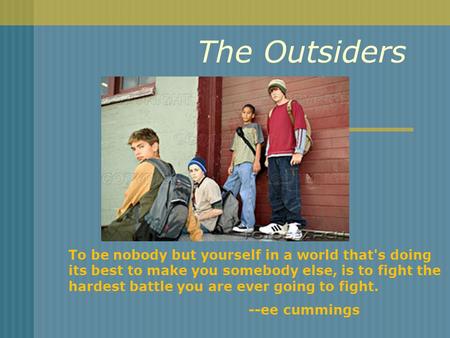 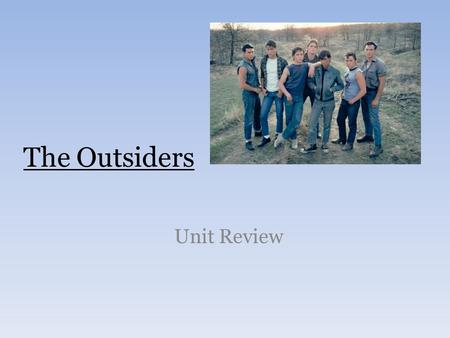 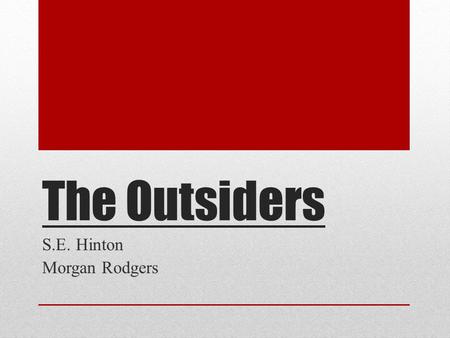 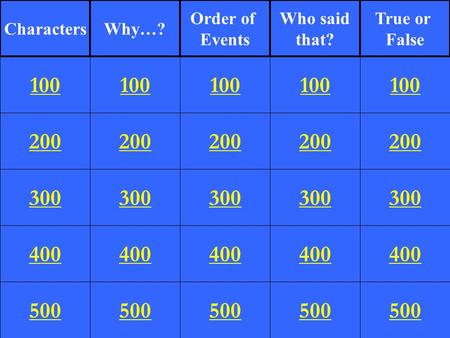 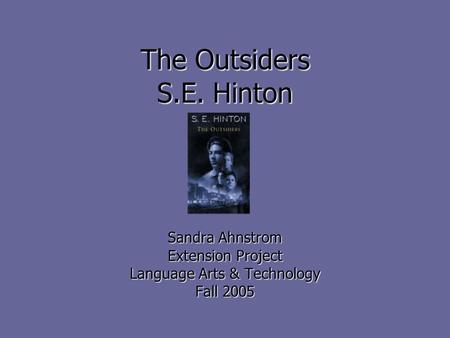 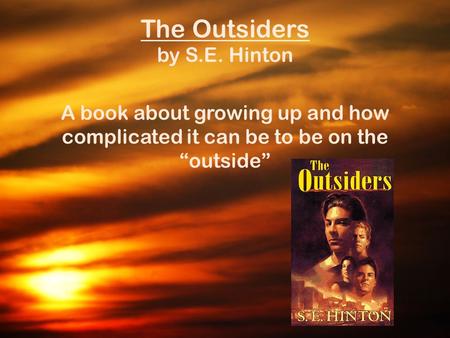 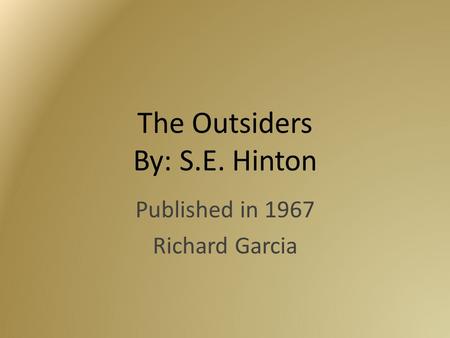 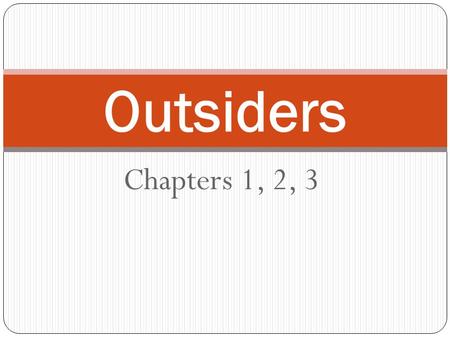 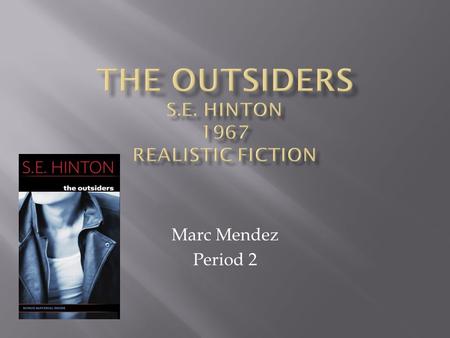 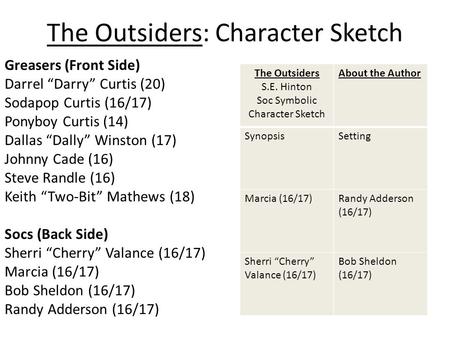 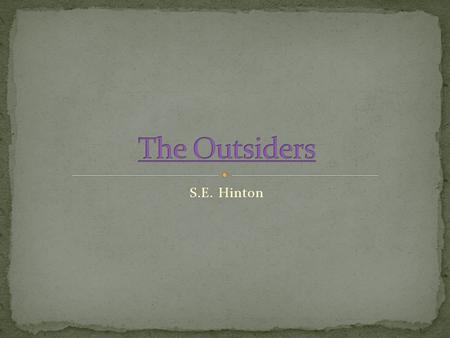