3 Confucius's Early Life Born 551 BC in northeastern China in the Lu Province. Parents were from royalty but somehow lost their fortune and power. At 15, he dedicated himself to learning. His education was from the Six Arts. The most important of all the Six Arts was Li. Whenever he could find time to learn, he would. He became China’s first great thinker and learner.

4 Confucius’s Late Life His mom died when he was 20, and since then he devoted his life to learning about China’s legacy. He soon gained reputation as one of the “most learned men” in the Lu Province. Got a top government position in political office around his early 50’s. Before he died in 479 BC, he preached through towns with a band of faithful students.

5 Confucianism Confucianism is a pool of thinking and ideas by Confucius and his followers. (Chinese thinking) It is China’s official ideology and the focus on China’s education system. As it gained more influence after China’s social life, it spread to other Asian countries. Some say Confucianism is a religion, and others argue that it is simply put as a philosophy.

6 What title did Confucius gain reputation as in the Lu Province? “The Most Learned Man” “Carrier of the Strawberries” “Lu’s Greatest King” “The Strongest Mind”

8 Daoism and Legalism By Mirielle Jefferson

9 Taoism/Daoism (Dao-the force that guides all things; The Way) One of the Three Doctrines A Chinese philosophy that promotes a peaceful society Taught importance of nature and encouraged people to treat nature with respect Based on teachings of Laozi (Old Master) Laozi’s teachings were written in Dao De Jing (The Way of the Dao) Daoists believed that they should give up worldly desires and turn to nature and the Dao.

10 Legalism A 3 rd group of thinkers started the idea of Legalism This group argued for a law system. They called their thinking Legalism or the “School of Law” A scholar named Han Feizi developed teachings of Legalism during 200 BC Many aristocrats liked Legalism Its ideas led to cruel laws and punishments

15 Clothing and Fashion Shoes were very important they showed your social class Men had shaved heads except the hair in the center. Females had mountain shaped eyebrows

18 What did Shoes Show? A) Creativity B) Social class C) Knowledge 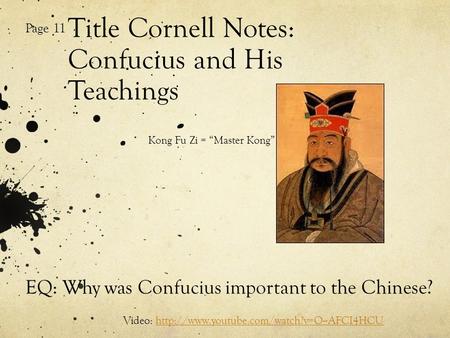 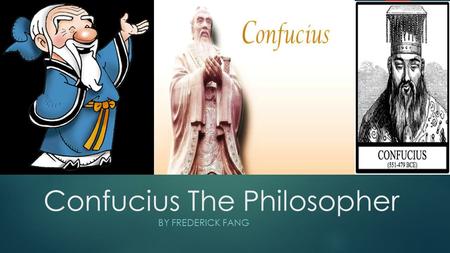