8 Primary Assessment Must be able to recognize and interpret the S/S of a head injury If an athlete is unconscious, ALWAYS assume injury to the neck as well

10 Secondary Assessment Assess mental orientation and memory What is your name? How old are you? Where are you? What game are you playing? What is the score? What month is it? Who is president? After 5-10 minutes, ask the same questions again

34 Cerebral Edema Localized swelling of the brain at the injury site Develops within 12 hours after the injury S/S: headache, seizures (occasionally) Cerebral edema may remain for as long as 2 weeks following the injury 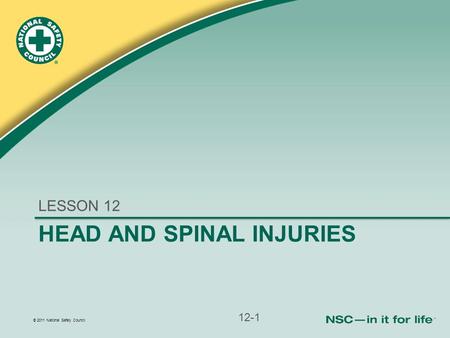 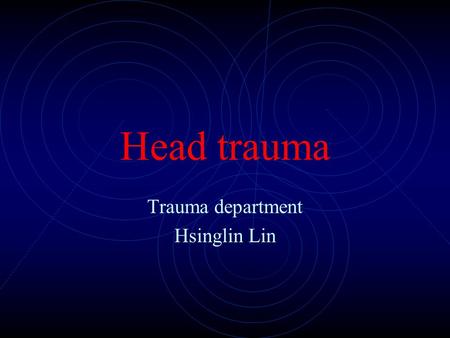 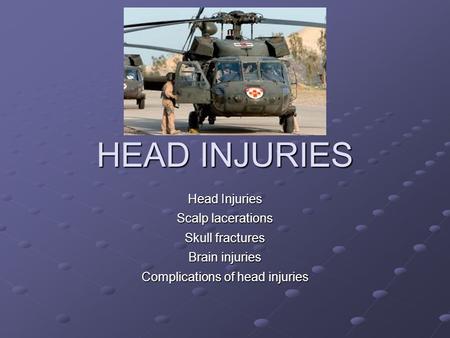 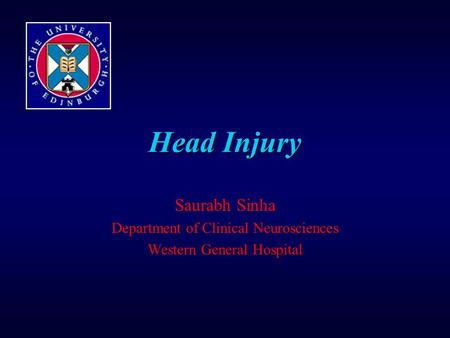 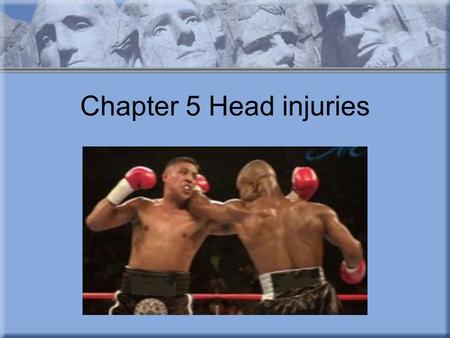 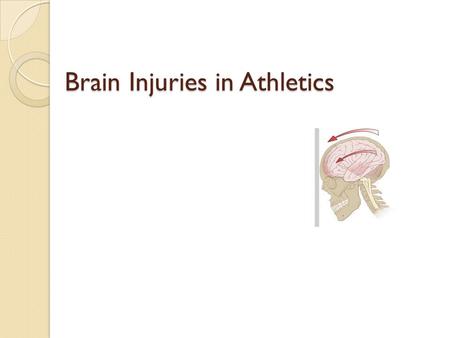 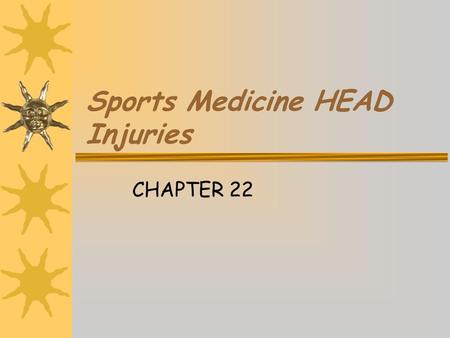 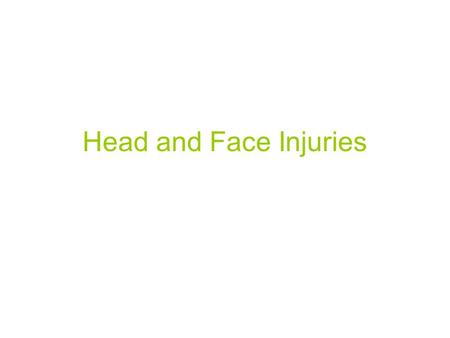 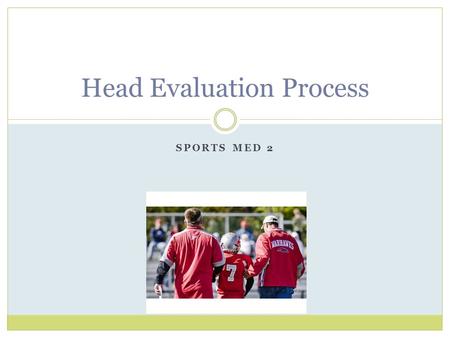 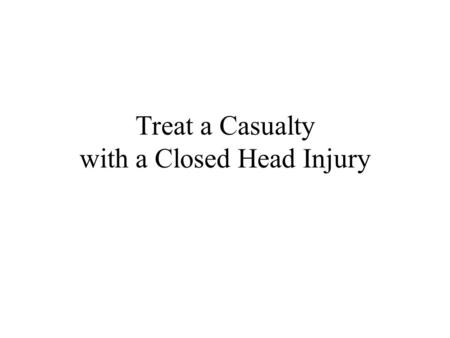 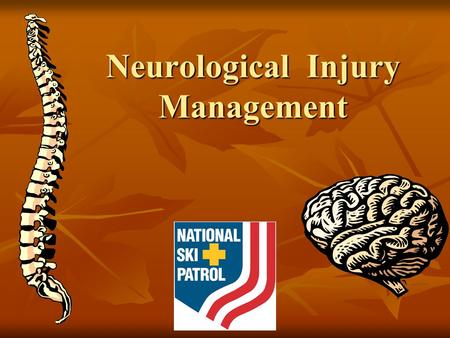 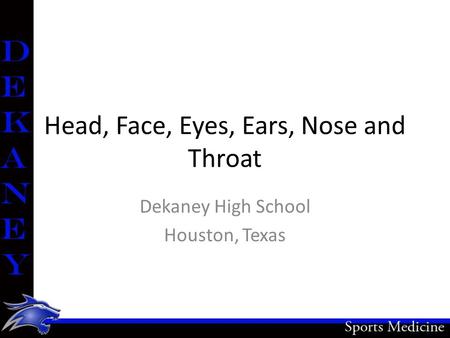 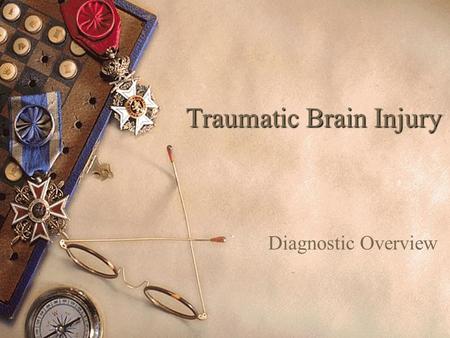 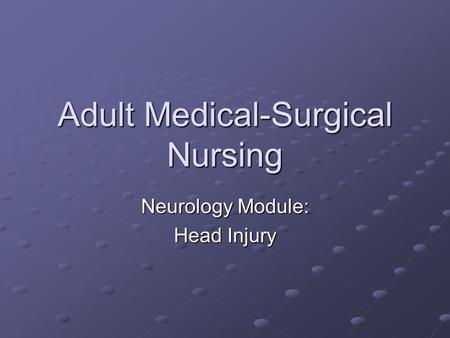 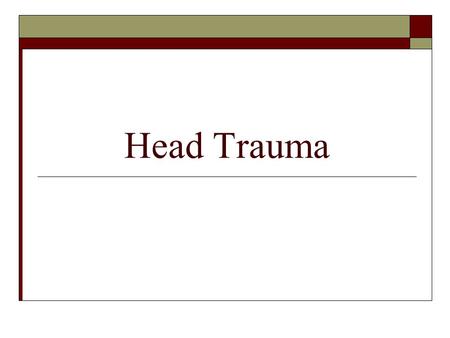 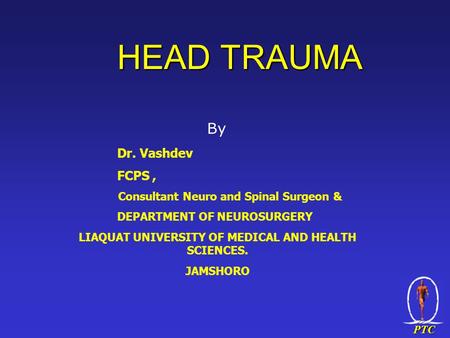 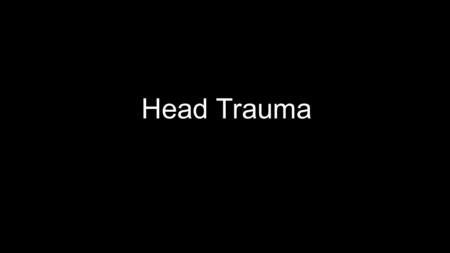 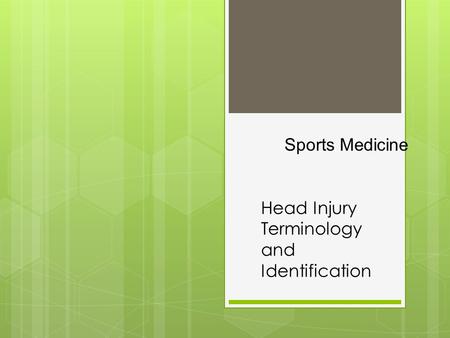 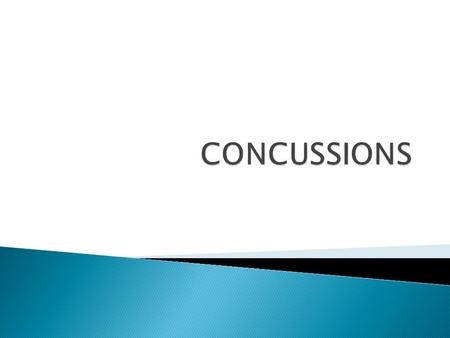 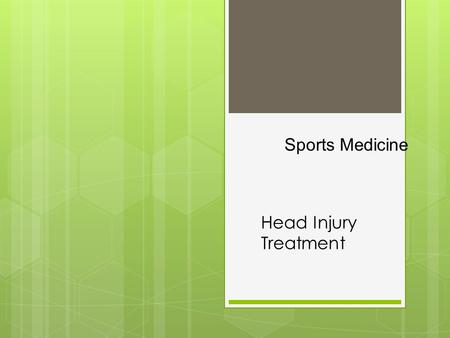