3 How are winds measured? By their direction and speed
By an instrument called the anemometer. Wind Chill Factor- The increased cooling that a wind can cause

5 Land Breeze At night land cools more quickly than water , so air over land becomes cooler than air over water. The cool air blows toward the water from the land and moves underneath the warm air The flow of air from land to a body of water is called a land breeze

6 Sea Breeze The sun heats land quicker than water, so during the day air over land becomes warmer than air over water. The flow of air from an ocean or lake to the land is called a sea breeze.

7 Monsoon Sea and land breezes over a large region that change direction with the seasons are called monsoons.

10 Global Winds The major global winds belts are the trade winds, the prevailing westerlies, and the polar easterlies. Latitude is the measure of distance north or south of the equator. 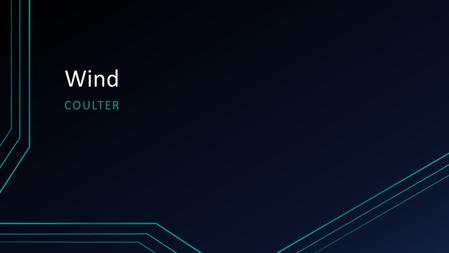