3 Fee Simple Absolute “Fee simple” or “fee” Greatest estate possible
Not subject to limitations (other than government zoning, tort law, environmental law, etc.) Most states assume a fee simple is created when land is transferred unless the intent is clear to transfer something less. “To A and his heirs” “To A”

4 Fee Tail “To Johnson and the heirs of his body”
Fee tail: Can be inherited only by lineal descendants (Children, grandchildren, etc. Fee tail male: Can be inherited only my male lineal descendants (The Jane Austen land interest) Most states prohibit fee tails Those that allow often limit them If testator left a life estate to his wife and then a fee tail to his son, Arkansas law would convert it to a life estate for the son and then the remainder to the son’s heirs.

5 Life Estate Possession. Life estate gives undisturbed possession.
No Waste. Tenant cannot commit waste or destroy the property. Maintenance. Tenant must maintain property, but only a proportion share of special assessments. Transfer Interest. A tenant can transfer an interest but the life estate remains tied to the original tenant. Life Estate Pur Autre Vie. “To A for the life of B”

8 More Examples Fee Simple Defeasible
End of Chapter Q3: Clause required Kansas to maintain a lake of 150 acres on park land donated. Thirty-six years later, the reverter owners brought a claim because the state had not maintained the 150 acre lake. End of Chapter Q5 “This transfer is made with the full understanding that should the property fail to be used for the Church of God, it is to be null and void and property to revert to W.E. Collins or heirs. What is this?

9 Example Fee Simple Defeasible
Consider 2.1 Fee Simple Defeasible – Determinable or Condition Precedent? Original Conveyance. In 1926 Stumbo, Sr. executed a deed to convey a track of land for $500 with the following key language. Key Language. “It is further agreed that said Board of Education …fail to…maintain a public school on said property they will convey the property back to J.M. Stumbo for the some…consideration as above mentioned.” [$500] 1998 School Closed. The county closed the school in 1998 (52 years later) and the heirs of Stumbo wrote a check for $500 and asked for the property back. Uniform Simplification of Land Transfers Act. Every possibility of reverter and right of entry created prior to July 1, 1960, shall cease to be valid or enforceable at the expiration of thirty (30) years after the effective date of the instrument creating it, unless before July 1, 1965, a declaration of intention to preserve it is filed for record with the county clerk of the county in which the real property is located. Start here on tuesday

11 Rogers v U.S. (X) Does takings clause apply to possibility of reverter?
Trails Act. Stops the abandonment of rails so they can be turned into recreational trails. Conveyance of land to railroad included: “Grantor does hereby …. If at any time thereafter the said Seaboard Air Line Railway shall abandon said land for railroad purposes then the above described [land] shall revert to and again become the property of the undersigned, his heirs, administrators and assigns. Taking?

12 Consider Life Estate – Right to Oil?
Life Estate Examples Life Estate Case – Building Burns Down Bridges held a life estate in a building worth $10,000 that was destroyed by fire. Bridges maintained insurance on the building and did not rebuild. The remainder owner sued for the building to be rebuilt or for the $10,000 to be invested with the interest to the life estate owner and the principal to the remainder. Consider Life Estate – Right to Oil? “My …including fee, surface, mineral, royalties, and mixed …to my beloved husband… a life estate… to enjoy the use and benefits of said properties, including income derived from said properties, said income to become his separate property as paid. As stated, my said husband is to enjoy the use and benefits of said properties and to do with as he sees fit for the rest of his life, with reversion of the corpus of said properties upon his death as follows:” Reversionary interest holders argued that the income was “corpus” and not available to life estate holder. Definitional argument over “income.”

13 Consider 2.3 Life Estate – Right to Sell Property?
Dr. James Hammons left his property to: “My said wife during her lifetime shall have the right to sell any property received by her under the terms of this item and invest and reinvest the proceeds thereof in other property, real or personal, in her absolute discretion.” He then left the money to his two daughters (not biological daughters of his wife). Lawsuit to stop sale of property without an accounting. Consider 2.2 What types of future and present interests are created? “To A so long as the premises are used for church purposes.” “To A and his heirs provided that the premises never be used for commercial purposes.” “To Cal Trans so long as the land is used for the construction of an off-ramp for access to Harrah’s Club Casino.” “To Wyndam Development so long as the property is never used for the construction or operation of a Wal-Mart store.”

17 Executory Interests End-of-Chapter #7
Not A Remainder. A future interest that is not a remainder. Not A Reversion. Also – different than a reversion or right of reentry because the interest does not go back to the grantor. Example. “To A, so long as the premises are never used for commercial purposes and if the are so used to B.” Arises in Three Circumstances. Grant to Two People At Same Time. A gap after the life estate. “To A for life, then one year after A’s death to B.” Future Interest. “To A in 10 years.” End-of-Chapter #7 Warranty deed: “In the event that the said premises are no longer used to house a fire department, then and in that event the land and building erected thereon is to revert to Richard L Long and Mary Long, or their heirs and assigns.

19 The Rules for Future Interests
Rule in Shelley’s Case (RISC): Merge life estate in grantee with remainder in grantee’s heirs Doctrine of Worthier Title (DOWT) Grantor who gives reminder to his heirs has a reversion Rule Against Perpetuities (RAP): Interest must vest within lives and being plus 21 years

20 Texaco Refining and Marketing V
Texaco Refining and Marketing V. Samowitz, (#2) Rule against perpetuities Lease Agreement. 15 year lease term. “…to purchase… at any term during the term of this lease or an extension or renewal thereof, from and after the 14th year of the initial term for the sum of $125,000. Is rule violated? Is the lease three separate documents/agreements given each renewal or should it be considered one document/deal extending beyond 21 years. Should rule apply? Why or why not?

22 Rule in Shelley’s Case “To A for life, remainder to the heirs of A”
Merge life estate in grantee with remainder in grantee’s heirs

23 Lusk v. Broyles 694 So2d 4 (Al Civ. App 1997) (#1)
Parents Gave Land to Child. Andy and Mary Lusk gave 130 acres to Howard Lusk. Life Estate. “…to Howard Lusk for and during his natural life and at his death to the heirs of his body per stirpes.” Howard Changed to Joint Tenancy with His Wife. Howard changed the deed to a joint tenancy with his wife. Remainder Interests (his kids) Sued. Rule of Shelly’s Case Alabama Law. 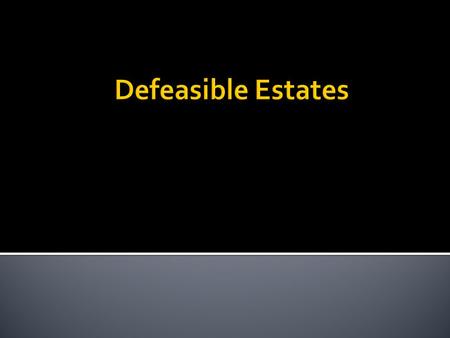  Grant of land that is, in some manner, conditional  Grantee could lose the “bundle of sticks”  Conditions may be added to:  Fee Simple  Life Estate. 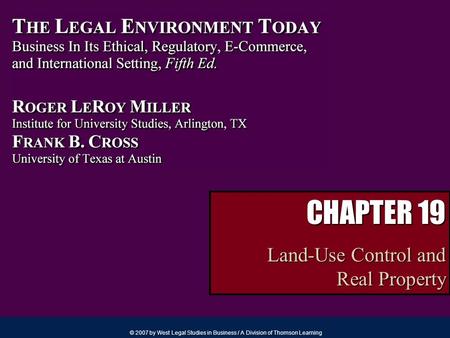 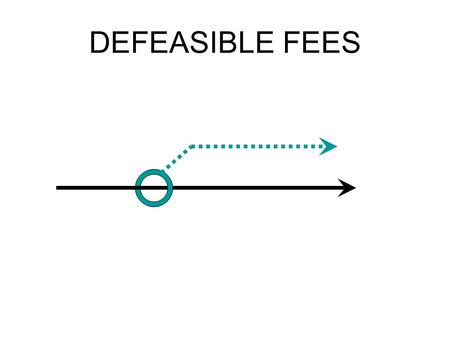 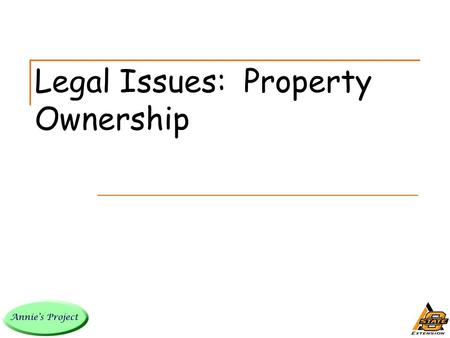 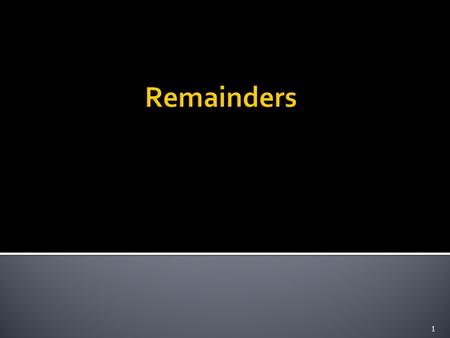 1.  1. Future interest held by someone other than grantor ▪ Warning: Not all future interests held by a non- grantor qualify as remainders; they could. 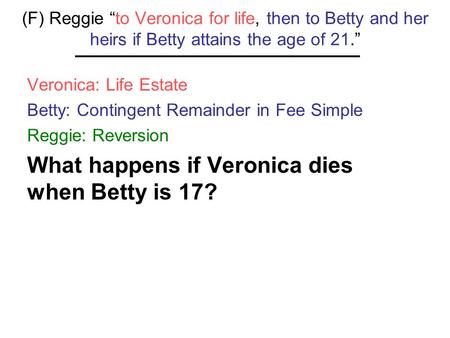 (F) Reggie “to Veronica for life, then to Betty and her heirs if Betty attains the age of 21.” Veronica: Life Estate Betty: Contingent Remainder in Fee. 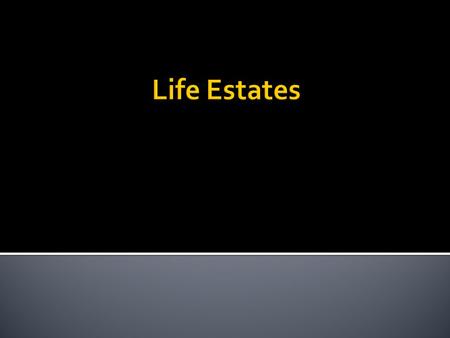 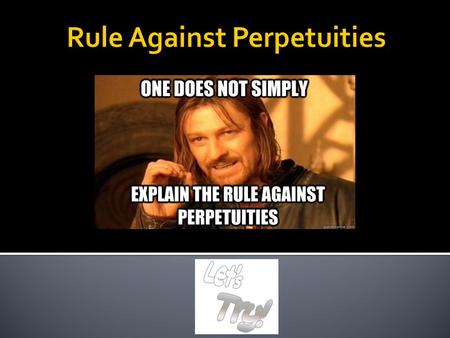  An interest is not good* unless it must vest**, if at all, not later than 21 years after some life in being*** at the time of the creation of the interest, 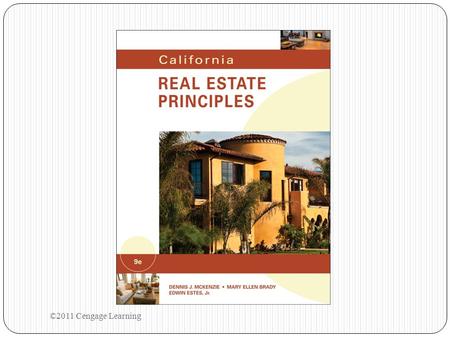 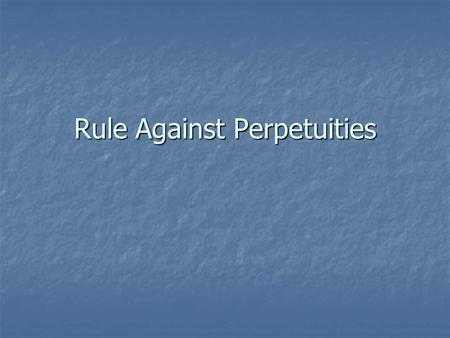 Rule Against Perpetuities. No interest is good unless it must vest or fail within some life in being at the creation of the interest plus 21 years. 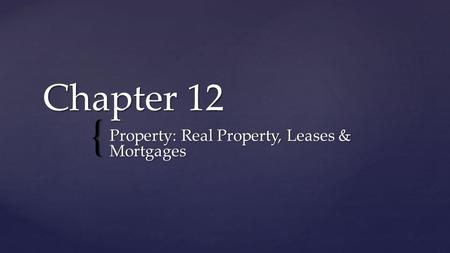 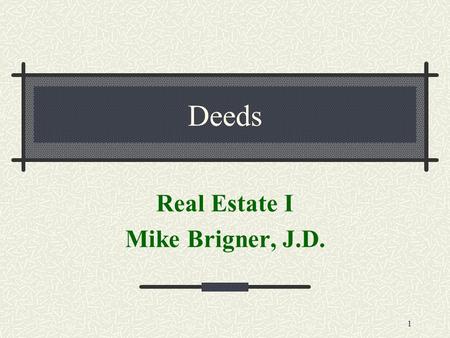 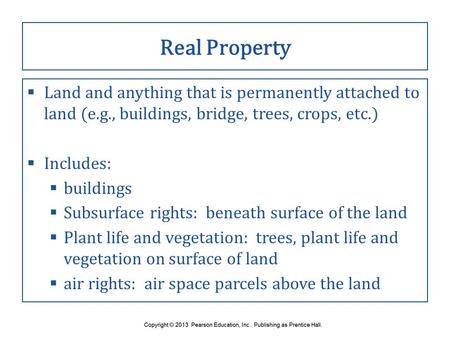 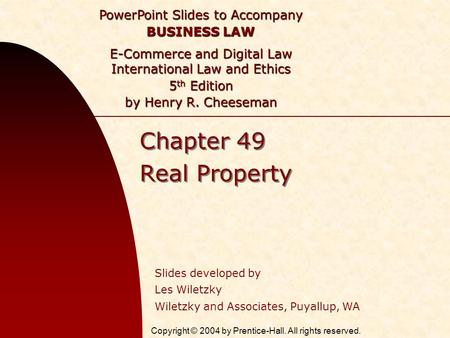 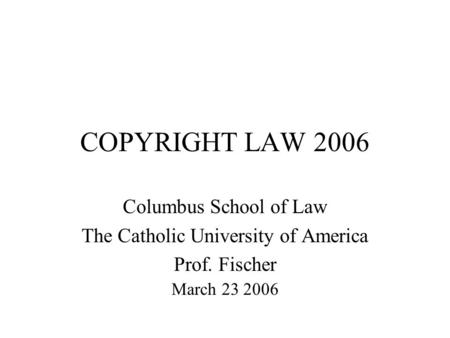 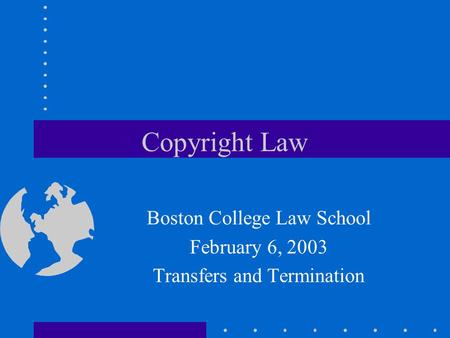 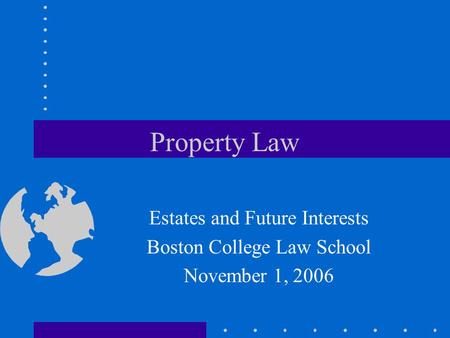 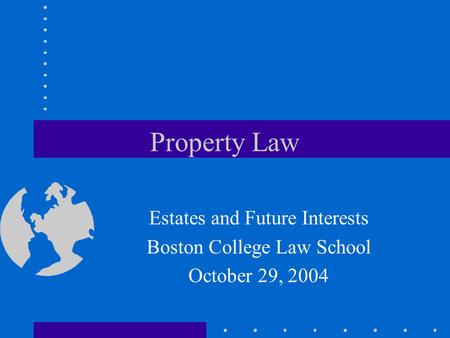 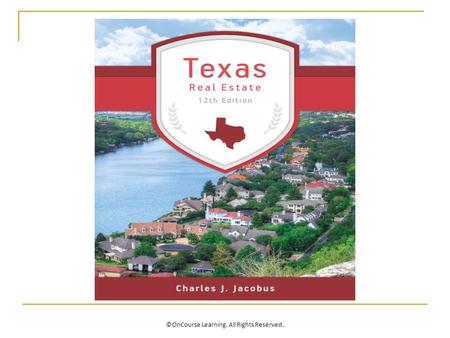 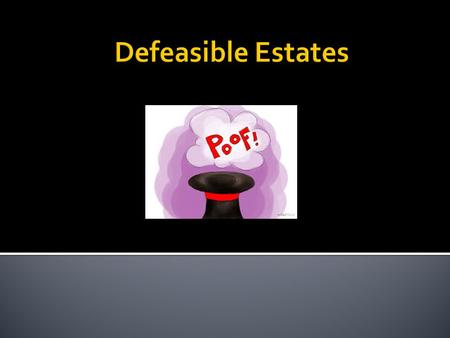  Grant of land that is, in some manner, conditional [not “absolute”]  Grantee could lose the “bundle of sticks”  Conditions may be added to:  Fee.