4 It was named after Mercury, the swift messenger of the gods in ancient Roman mythology, since it revolves around the sun faster than any other planet. The surface is covered by many craters and ridges as a result of meteorite impacts.

5 Venus 2nd from the sun. Considered to be Earth’s twin.
High air pressure Retrograde rotation (sun rises in west and sets in the east). Thick atmosphere made of CO2.

6 Greenhouse effect keeps the temperature VERY hot!!! (460°C)
Day is longer than year. Named after the Roman goddess of love. Brightest planet in the night sky (called the evening star).

7 Mars The Red Planet. Red because of iron content on surface.
Thin atmosphere of CO2. Temperature closest to Earth’s. Ice caps at both poles.

11 Jupiter Largest planet 300x the mass of Earth.
Strongest gravity Atmosphere similar to the sun (hydrogen and helium) Considered to be a brown star. Named after Zeus (Jupiter in Roman Mythology).

14 Uranus Has Rings Rotates on its side.
Bluish in color because of methane in atmosphere. 20 moons. Most mispronounced planet. Discovered in 1781 by William Hershel. Named after the Greek god of the sky.

15 Neptune Discovered shortly after Uranus due to irregularities in Uranus’ orbit. Methane part of atmosphere (makes it blue). Has visible clouds. Named after Roman god of the sea b/c of its blue color.

17 The Dwarf Planets (New additions and demotions)
A dwarf planet is an object that orbits the sun, and is nearly round, but is not a satellite of another object, and has not "cleared the neighborhood" of its own orbit.

18 Pluto The planet that was
Rocky Discovered in 1930 Very odd elliptical orbit. Switches places with Neptune as furthest planet. Has not cleared its orbit (the Kuiper Belt). Named after the Roman god of the underworld. Has one moon: Charon

19 Ceres The former asteroid
Used to be considered one of the largest asteroids in the asteroid belt. Found between Jupiter and Mars Named after the Roman goddess of growing plants, the harvest, and of motherly love. Was found to be more spherical than other asteroids. Period of Rotation: .38 days Period of revolution: 4.6 yrs. No moons

20 Eris The 10th planet Sometimes called Xena. Beyond Pluto
Larger than Pluto The largest dwarf planet. Period of Revolution: 557 years. One moon: Dysnomia A dwarf planet because of its odd orbit around the sun.

Download ppt "A quick guide to the solar system" 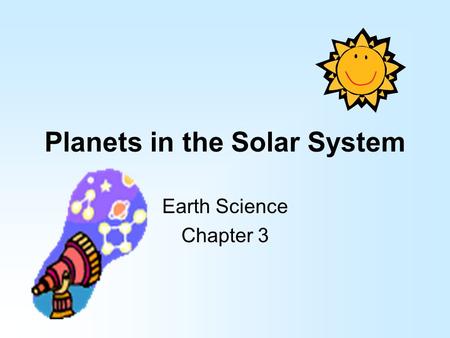 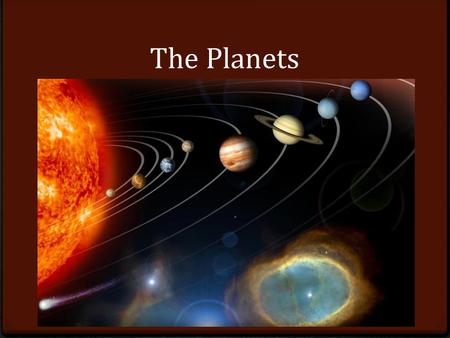 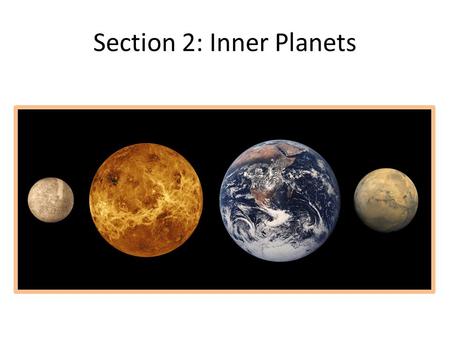 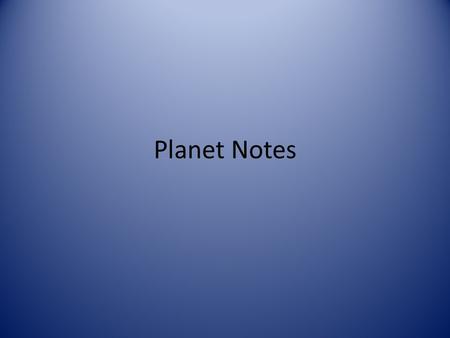 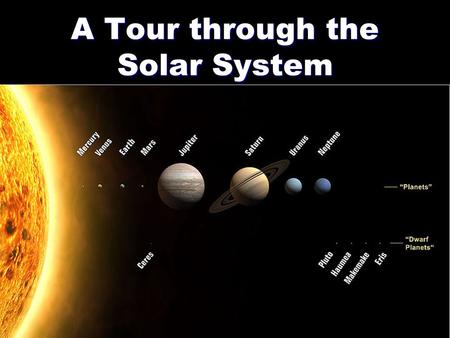 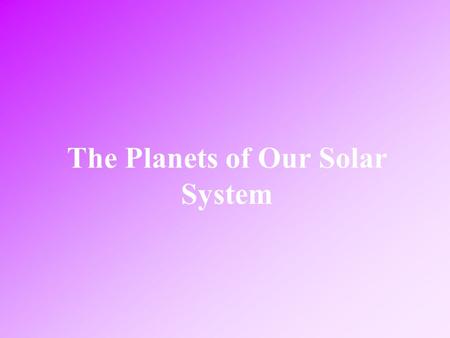