The Anglo-Saxon Period 449-1066. Conquest of England Oldest known inhabitants were Iberians from modern-day Spain and Portugal – They brought Stone.

3 Conquest of England Oldest known inhabitants were Iberians from modern-day Spain and Portugal – They brought Stone Age weapons to the British Isles.

4 Conquest of England Celts from Southern Europe (invaded between 800 and 600 B.C.) – Brythons (settled on the largest island) – Gaels (settled on present-day Ireland) – These groups spoke different languages of the “Celtic” family.

5 Conquest of England Romans invaded in 55 B.C. under Julius Caesar and (more successfully) 100 years later by the emperor Claudius – Roman rule of Briton lasted over 300 years. – By 407, Roman legions departed.

6 Conquest of England Angles, Saxons, Jutes were ethnic groups from modern-day Denmark and Germany. – They attacked Britain during the fifth century (400s). – By 449, the random attacks had turned into a full scale invasion.

7 Conquest of England Soon the Angles took over the eastern, central, and southern portions of the island. Those areas became known as “Angle-land” or “England,” and the closely-related Germanic languages spoken by the conquering tribes developed into a new language, “Angle-ish” or “English.”

8 Conquest of England The last invaders of the Anglo-Saxon Period were the Danes, who conquered England beginning in the 9 th century (800s). – Alfred the Great became the last great Saxon king in 871. Under his rule, England was divided into Danish territory to the north and east, and Saxon territory in the south (886).

9 Conquest of England The Anglo-Saxon Period came to an end with the invasion of the Normans, led by William the Conqueror in 1066.

11 Christianity By 650, Saint Augustine, a Roman cleric, had succeeded in making Christianity the religion of Angle-land

12 Beowulf An epic About the deeds of a Scandinavian prince 3,000+ lines long Language = Anglo Saxon (or “Old English”) Partly historical (with obvious embellishments) Style = Verse (poetry, as opposed to prose)

13 Christian v. Pagan Beowulf was recited in oral form since the sixth century (500s). The current text was composed between 680 and 835 and written down in the eleventh century (1000s). By the sixth century, Christianity had not yet taken over, but by 680 it had, and by the 1000s it was official. The intersection between the history of the myth and the history of the written text results in a strange mixture of pagan values and references and Christian ones. 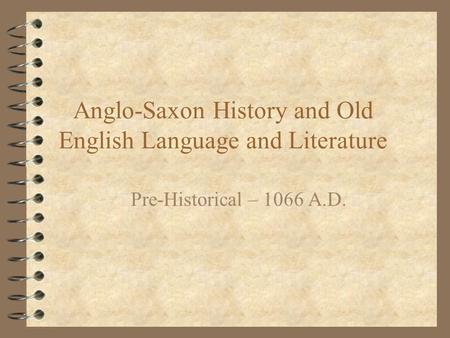 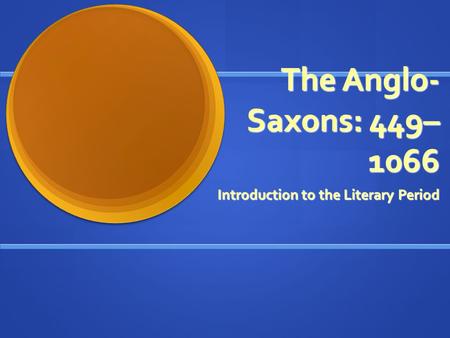 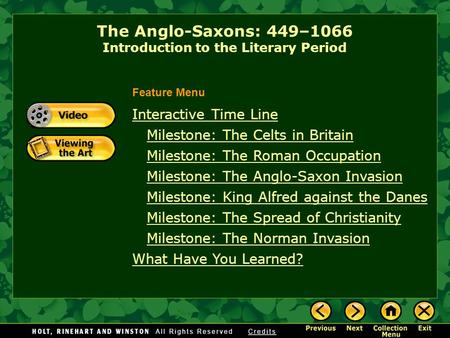 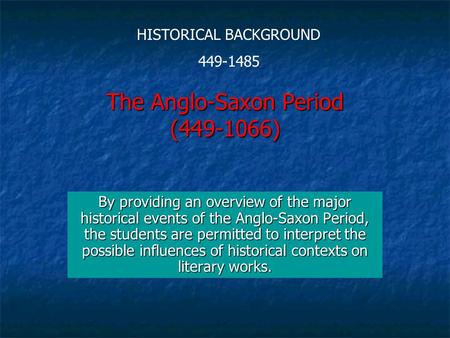 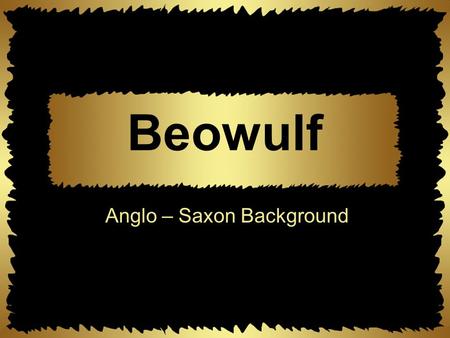 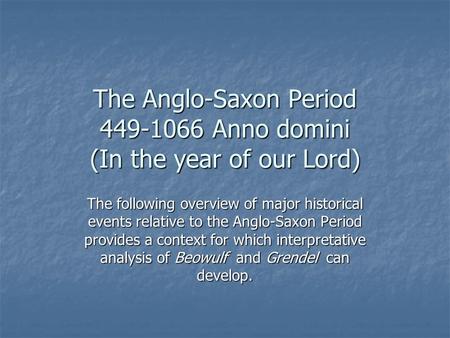 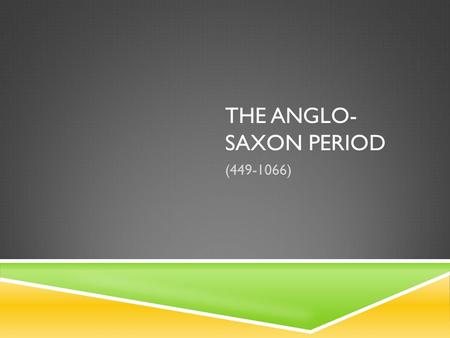 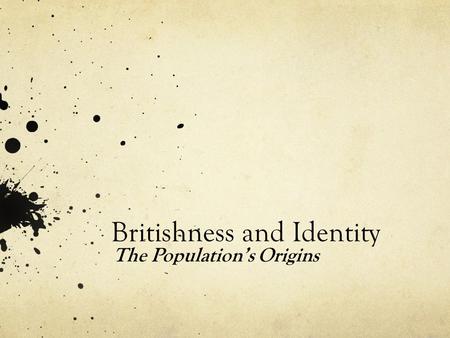 Britishness and Identity The Population’s Origins. 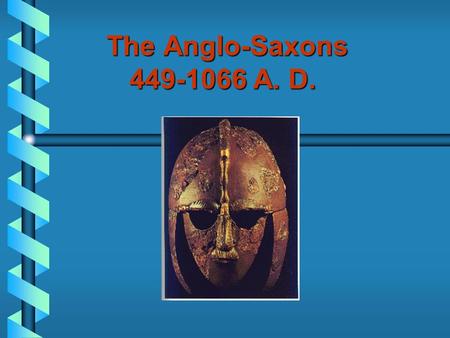 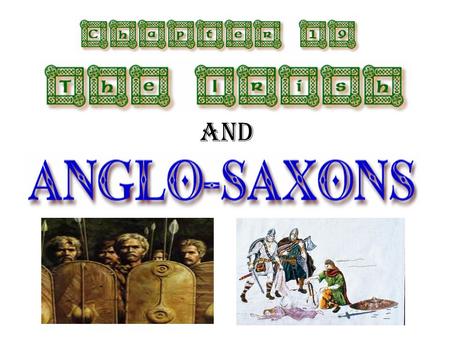 AND. The British Isles consisted of Great Britain, Ireland and many smaller islands. Julius Caesar invaded Britain and Rome ruled it for almost 400. 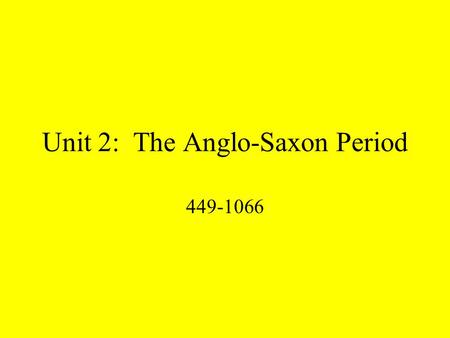 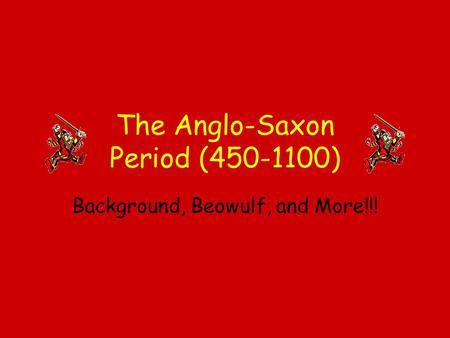 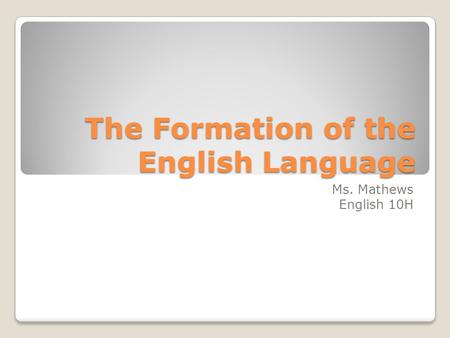 The Formation of the English Language 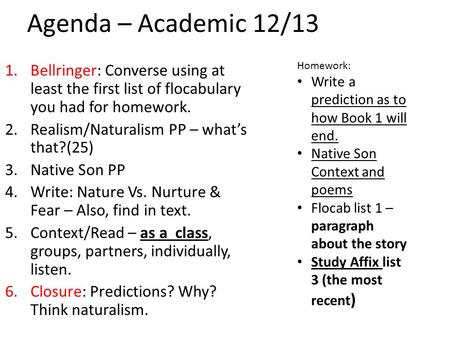 Agenda – Academic 12/13 1.Bellringer: Converse using at least the first list of flocabulary you had for homework. 2.Realism/Naturalism PP – what’s that?(25) 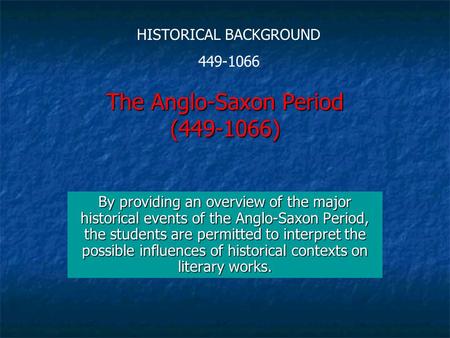 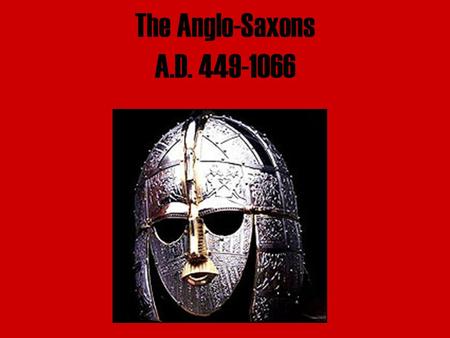 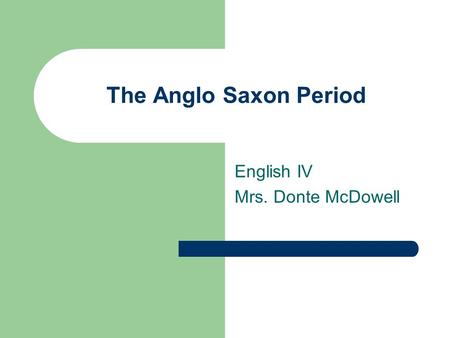 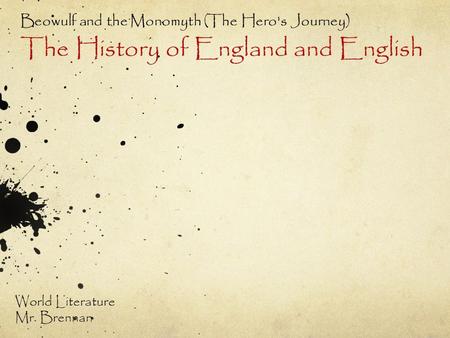