2 Molasses Act of 1733 A tax was placed on the sugar and molasses that came from the British West Indies. New Englanders can only trade with the islands. Many businessmen had been trading with the French and the Dutch. Now these men would lose money and made them furious.

4 Ohio River Valley The great population leap across the Appalachians into Ohio and beyond. French in an effort to keep the English from expanding into French lands, constructed new fortresses. English viewed this as a threat to their western settlements.

5 Fort Necessity To challenge the French expansion, Washington built the fort and staged an unsuccessful attack. This clash marked the beginning of the French and Indian War.

6 French & Indian War During the war the colonists fought alongside the British Army. This war became part of the Seven Years’ War ( ), a worldwide struggle for empire between France & Great Britain. This taught the colonist how to fight as well as making the colonists realize that they no longer needed the British Army for protection.

7 Treaty of Paris & Proclamation of 1763
The British won in North America by taking Quebec and Montreal. They also defeated the French in other parts of the world. The Treaty of Paris gave former French territories in North America to Britain and Spain. Native Americans attacked British soldiers and settlers in Pontiac’s Rebellion. The British government issued the Proclamation of 1763, which forbade colonists to settle west of the Appalachians and made them furious.

9 War Debt Imposed taxes to the colonist to pay off the war debt; most importantly the “Sugar Act” and the “Stamp Act”. This infuriated the colonists and led to growing conflicts with the British authorities. Therefore, the colonists learned that they must work together (unite) and the resentment led to the American Revolution. 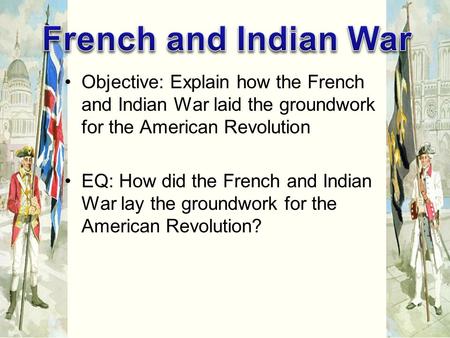 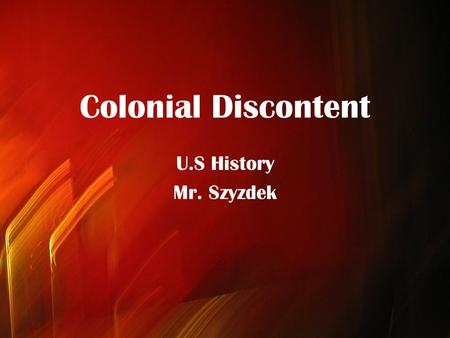 Colonial Discontent U.S History Mr. Szyzdek. Wars of Empire France, Britain, Spain and the Netherlands were the major players in colonization throughout. 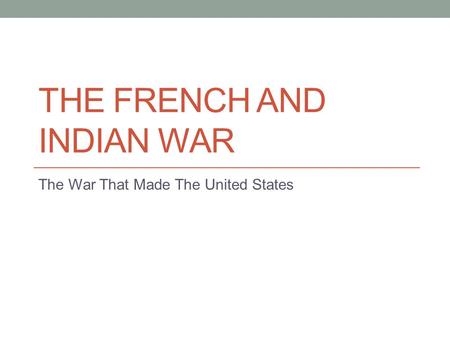