Presentation on theme: "Who, links the relative clause (who disappeared last week) to main clause (The police have found the boy.) That man over there is called Bill Gates, he."— Presentation transcript:

3 NOTE: 1)We can use Who for animals when we give them personality. Our dog, who’s called Benji, is six months old.

4 2) When there is a relative pronoun, REMEMBER not the repeat the Subject / Object EX: What’s the name of the man who he created the World Wide Web. This is the experiment which I’m doing it at the moment.

6 That, Who OR Which can be the OBJECT of the relative clause, like this : OBJECT The card which Tom sent was nice. Tom sent the card. The man that I saw was very rude. I saw the man. There is no other pronoun (e.g. him, them): Note: The man I saw him was very rude. When That, Who OR Which is the OBJECT of the relative clause (e.g. The card which Tom sent,) WE CAN LEAVE THEM OUT.(OMMIT)

9 Imagine that there are lots of people in a room. Only one of them wearing a blue shirt. The person who is wearing the blue shirt started Microsoft. IF we remove the relative clause, we won’t know which person it is. The person started Microsoft. USE To define who or what we are talking about This is the TV which works. This is the TV which doesn’t work. HELPFUL HINTS:  We don’t use commas with defining relative clauses.  We can use THAT instead of a WHO or WHICH Did you see the programme about the woman WHO invented the tippex? Did you see the proggramme about the woman THAT invented the tippex?

Download ppt "Who, links the relative clause (who disappeared last week) to main clause (The police have found the boy.) That man over there is called Bill Gates, he." 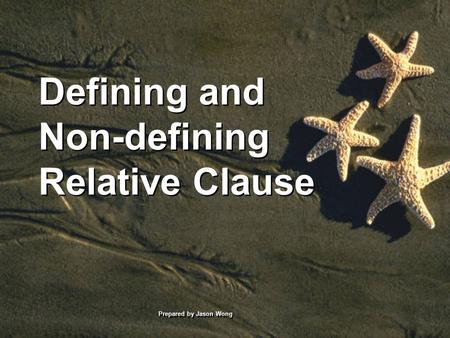 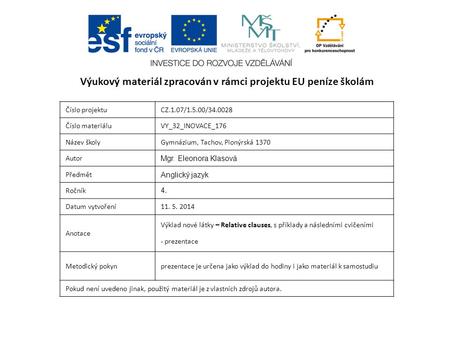 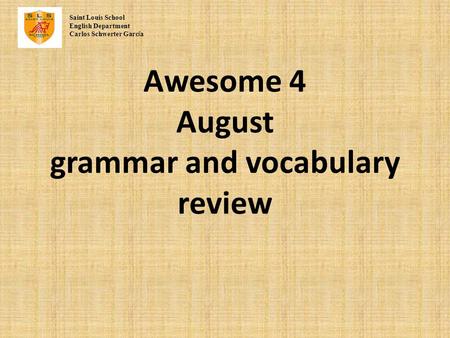 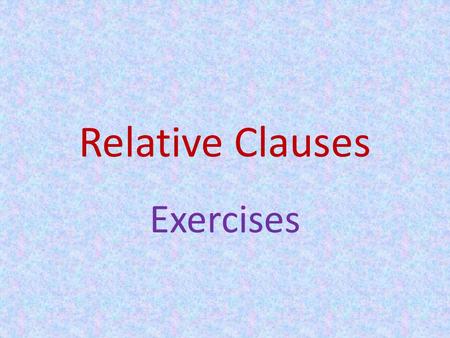 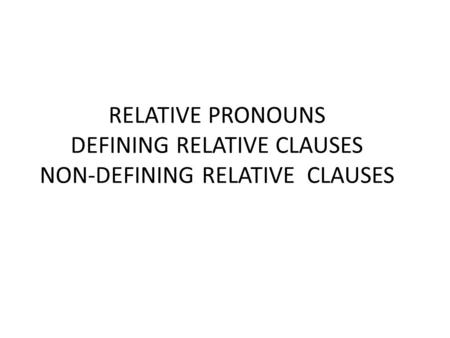 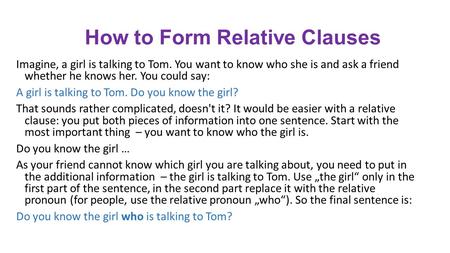 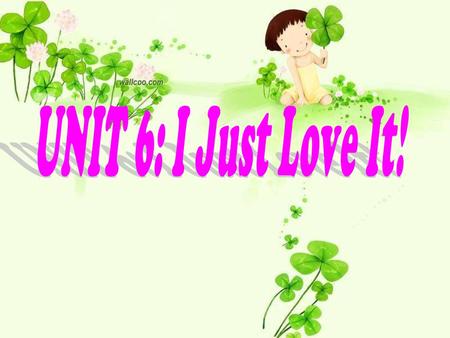