1 The Divisive Politics of Slavery

3 Slavery in the Territories California Statehood 1850 Forbade slavery Secession – the formal withdrawal of a State from the Union.

5 The Compromise of 1850 To please the North - provided that California be admitted to the Union as a free state. To please the South – proposed new and more effective fugitive slave law. Popular Sovereignty – The right to vote for or against slavery. (New Mexico & Utah territories)

7 Protest, Resistance, and Violence The Underground Railroad A system of routes along which runaway slaves were helped to escape safe areas. Harriet Tubman “Conductor” hid fugitive slaves in secret tunnels and false cupboards, provided them with food and clothing, and directed them to the next station.

12 Tension in Kansas and Nebraska Kansas-Nebraska Act introduced in Congress that would divide area into two territories: Nebraska in the north and Kansas in the south. If passed would repeal the Missouri Compromise and establish popular sovereignty for both territories.

13 Bleeding Kansas “Border ruffians” from Missouri crossed into Kansas and voted illegally, and won a fraudulent majority for the pro slavery candidates. Abolitionists, furious over these events organized a rival government. Bloody violence surfaced in the struggle for Kansas.

14 Violence in the Senate Senator Charles Sumner delivered an impassioned speech in the Senate entitled “The Crime Against Kansas.” For two days he verbally attacked the South and slavery, singling out Senator Andrew Butler of South Carolina. Butler’s nephew Congressman Preston Brooks, walked into the Senate chamber and struck Sumner repeatedly with a cane until the cane broke. Sumner suffered brain damage.

15 Violence in the Senate

17 New Political Parties Emerge The Free-Soilers’ Voice Objected to slavery’s competition with free white workers, or wage based labor force Feared such competition would drive down wages. The New Republican Party Republicans were united in opposing the Kansas-Nebraska Act and keeping slavery out of the territories.

18 Conflicts Lead to Secession The Dread Scott Decision 1857 Dread Scott appealed to the Supreme Court for his freedom on the grounds that living in a free state had made him a free man. Supreme Court ruled Scott, lacked any legal standing to sue in federal court because he was not, and never could be a citizen. Being in a free territory did not make a slave free. Chief Justice Taney presided, came from a slave-owning family.

21 Harpers Ferry 1859 John Brown led 21 men to Harpers Ferry, Virginia to seize the federal arsenal there and start a general slave uprising. Troops put down the rebellion. Authorities tried Brown and put him to death.

23 Lincoln Elected President Lincoln pledged to halt the further spread of slavery He also tried to reassure Southerners that a Republican administration “would not interfere with their slaves, or with them about their slaves.”

25 Southern Secession Lincoln’s victory convinced southerners they had lost their political voice in the national government. South Carolina seceded 12/20/1860, Mississippi, Florida, Alabama, Georgia, Louisiana, and Texas. Four others did not declare secession until after the 1861 Battle of Fort Sumter: Arkansas, North Carolina, Tennessee, and Virginia

26 Secession Four slave states never declared a secession from the Union: Delaware, Kentucky, Maryland, and Missouri. West Virginia is the only state to form by seceding from a Confederate state. 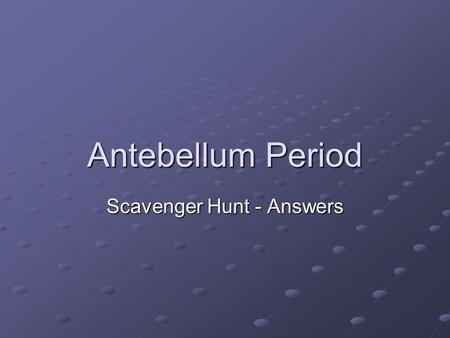 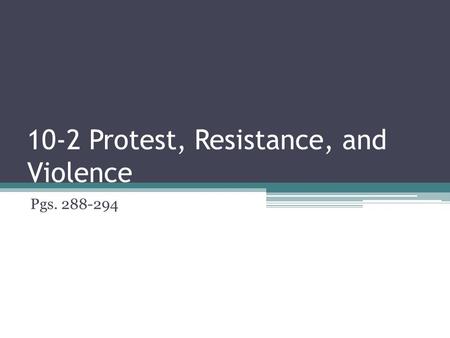 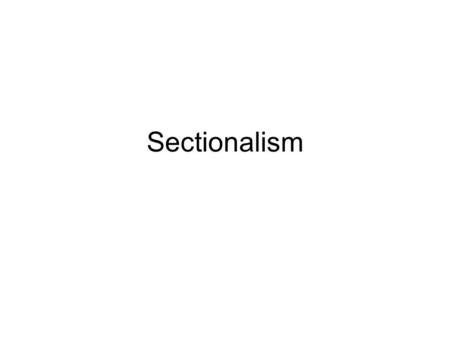 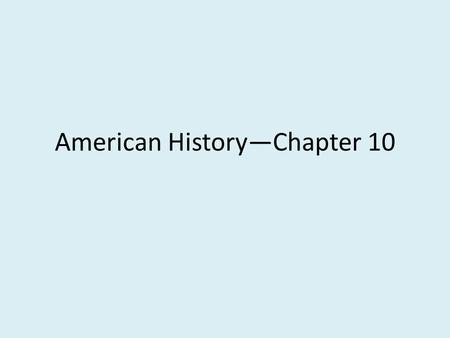 American History—Chapter 10. Division over Slavery Wilmont Proviso Proposal: Neither slavery nor involuntary servitude shall exist in any territory acquired.