3 Wireless and mobile networks are quickly becoming the main type of network access for telecommunication services. In the past, a wireless access technology has followed different evolutionary Paths designed at combined target: performance and efficiency in high mobile environment. Introduction

6 AUC OMC HLR VLREIR MSC SS BSC BTS BSS MS PLMIN PSPDN CSPD N PSTN ISDN GSM Network HLR is a database for mobile subscriber management MSC is the primary service delivery node for GSM, responsible for handling voice calls AUC is a function to authenticate each SIM card that attempts to connect to the GSM core network VLR is a temporary database of the subscribers who have roamed into the particular area which it serves Open mobile consortium

7 GSM Network BSC Typically a BSC has tens or even hundreds of BTSs under its control BTS contains the equipment for transmitting and receiving of radio signals.

8 VLR MS C GMSC Service area LA 1LA 2LA 3 LA 4LA 5 LA 6 MS C VLR MSC VLR Service area is a part of network that defines as an area which can access to one MS because this MS registered in one VLR. It's better to say that each area of MSC complete with one VLR and make a service area Location area Each MSC /VLR services area divide to some parts. Each LA is part of one MSC / VLR service area that one mobile or user can move easily without need to update its location's information.

9 Conclusion the most common example of a cellular network is a cell phone network. A mobile phone is a portable telephone which receives or makes calls through a base station, or transmitting tower. Radiowaves are used to transfer signals to or from the cell phone. Great geographic areas may be split into smaller cells to avoid line-of-sight signal loss and the large number of active phones in an area. As the phone user moves from one cell area to another cell, the switch automatically commands the handset and a cell site with a stronger signal (reported by each handset) to switch to a new radio channel (frequency). When the handset responds through the new cell site, the exchange switches the connection to the new cell site. 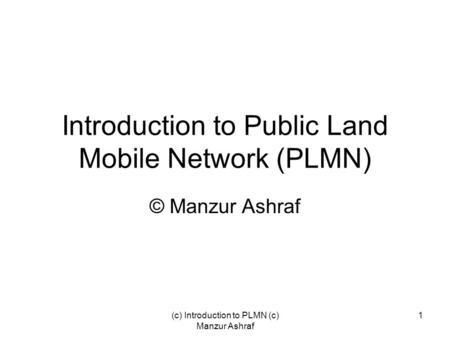 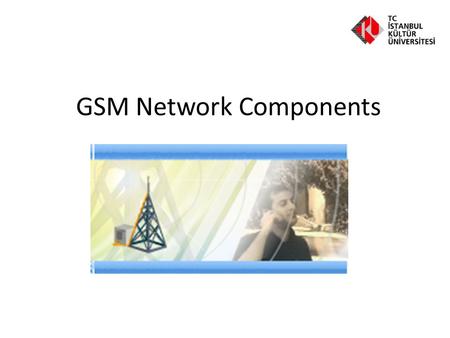 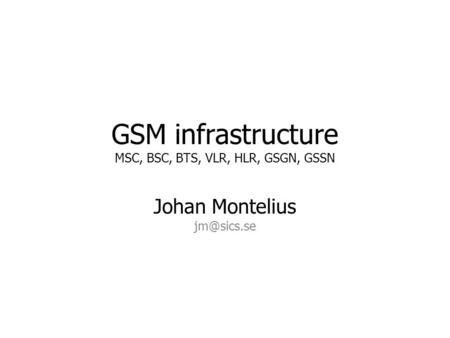 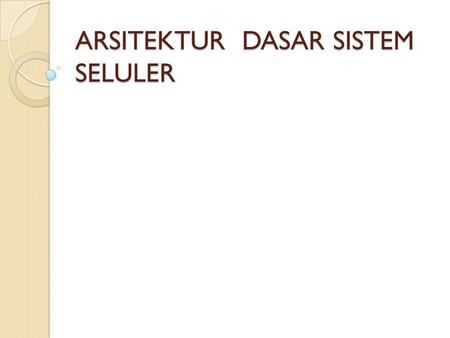 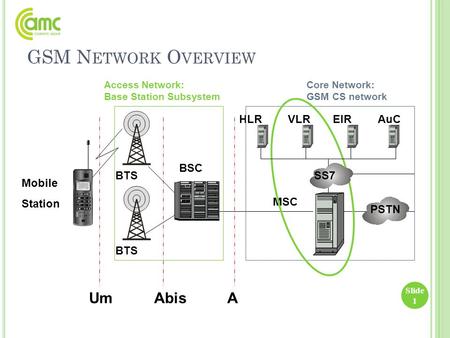 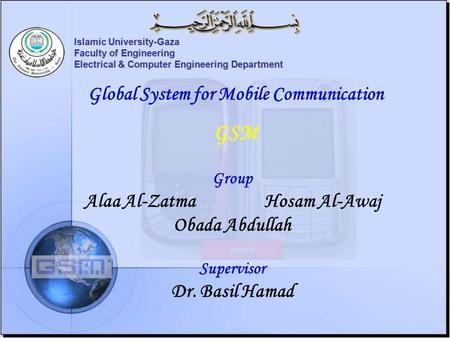 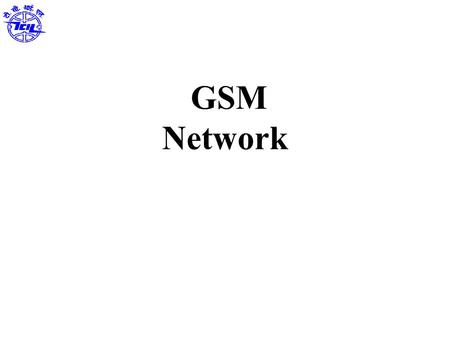 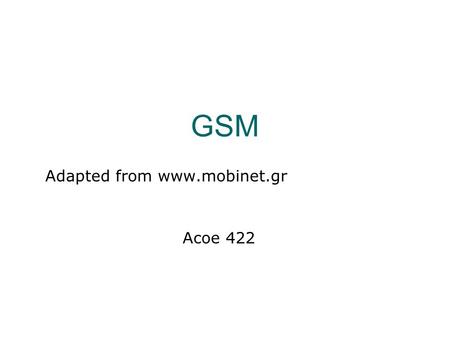 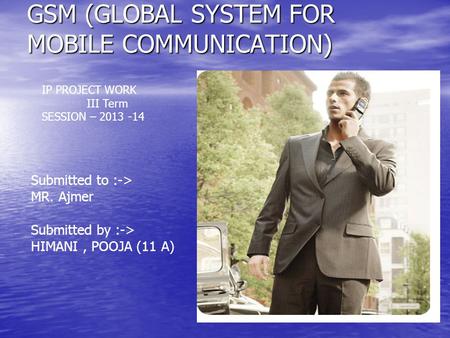 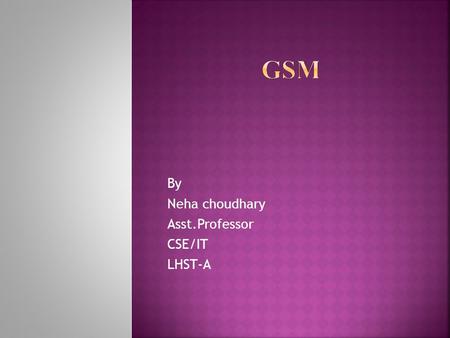 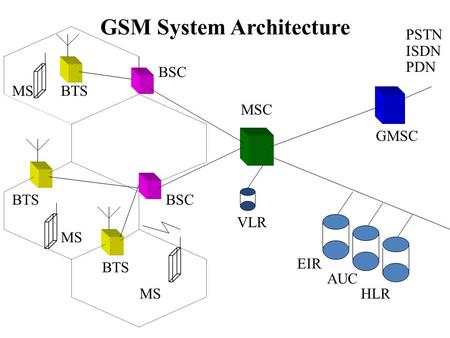 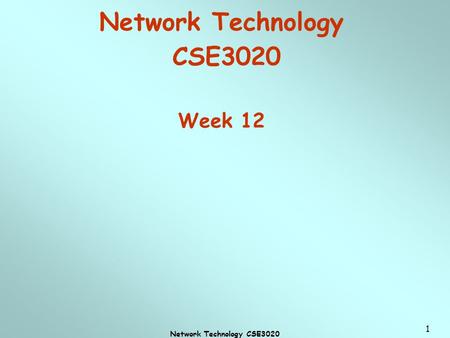 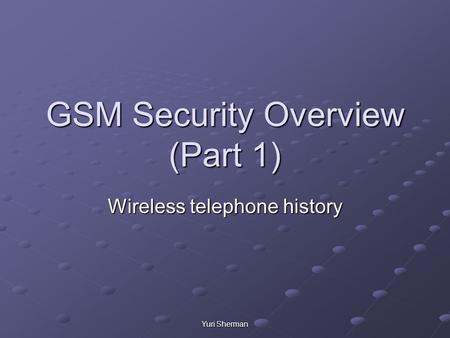 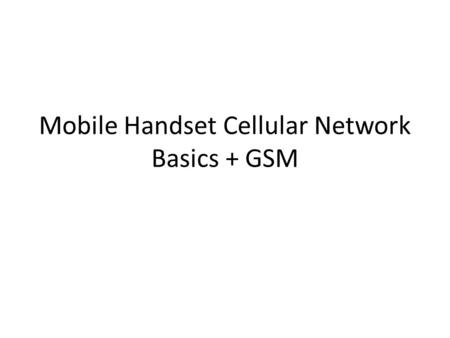 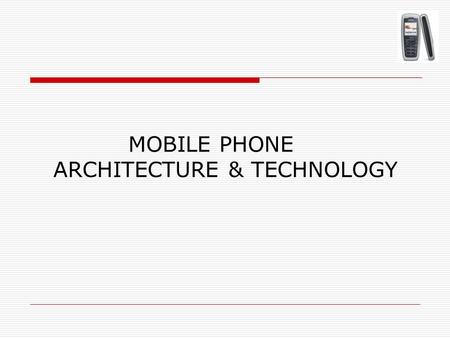 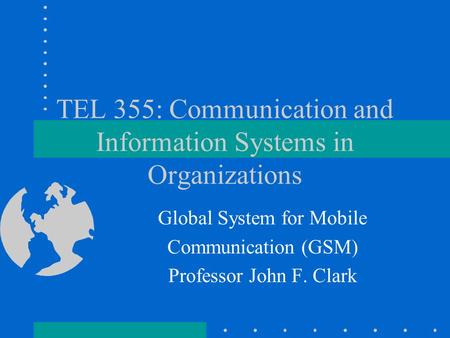 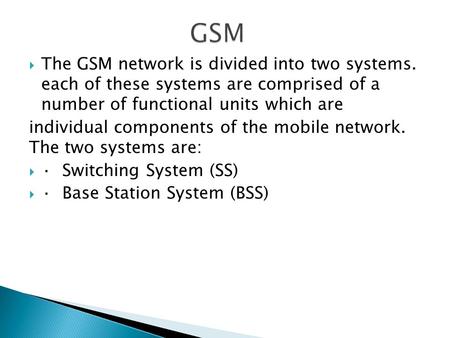  The GSM network is divided into two systems. each of these systems are comprised of a number of functional units which are individual components of the. 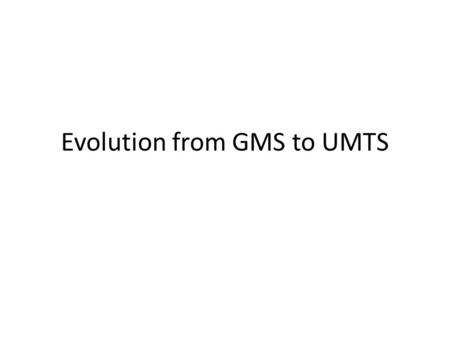 Evolution from GMS to UMTS 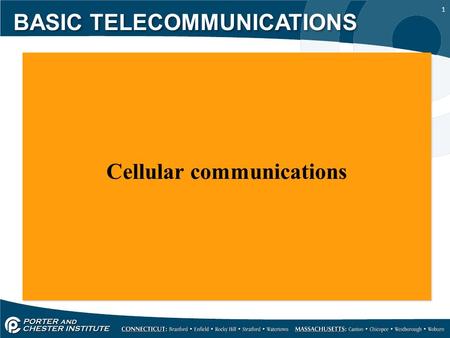 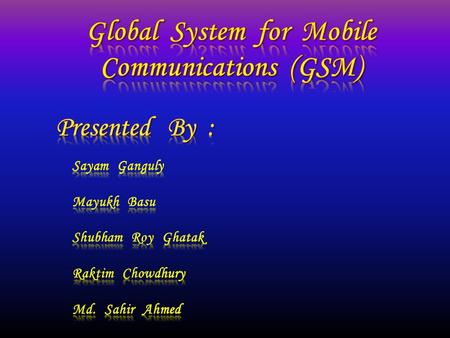