Presentation on theme: "Differences between Direct Service Tribes and 638 Tribes 1. Location: IHS operated programs tend to be more remote than 638 programs with exceptions like."— Presentation transcript:

1 Differences between Direct Service Tribes and 638 Tribes 1. Location: IHS operated programs tend to be more remote than 638 programs with exceptions like Arizona Tribes and the exception of the Alaska 638 Compacts 2. Economics: Direct Service Tribes are far more often poorer due to unfavorable locations for enterprises like gaming that thrive in urban areas where most 638 tribes are located exceptions include New Mexico and Arizona 3. Size: Larger tribes are much more likely to be served by IHS, Oklahoma's tribes are an exception to the rule, with North and South Dakota Tribes, large Minnesota Tribes, Montana tribes, and the Navajo typical of the large tribes being more often served by IHS.

2 Differences between Direct Service Tribes and 638 Tribes 4. Cultural-legal perceptions of non-IHS services like health insurance, public and private, view them unfavorably. While a federal agency is certainly not 'traditional' in the sense that it is Indian, there is a clear correlation between more traditional tribes, support for IHS and antipathy to insurance, public and private. Alaska is the exception to this rule. States like Montana, and South Dakota are good examples of it. They feel, often strongly, that IHS services are the preferred way to honor treaty obligations-in fact they more often have treaties that mention health care services, although some direct service tribes do not have treaties with the federal government.

3 Differences between Direct Service Tribes and 638 Tribes 5. Direct Service tribes have a much higher American Indian alone census population than 638 tribes that are more likely to have members who identify with multiple races. Alaska is an exception to this. Over 85% of AIANs in North Dakota, South Dakota, Montana Arizona, New Mexico are “Indian Alone” much higher than the national average of 50% indicating one race only. 638 tribal members themselves or close relatives have experience with health insurance, many direct service tribes tribal members do not. Note: The majority of AIANs do not identify with 3 or more races. To say it another way about 50% of AIAN, who self-identify to the Census are one race AIANs; over 90% identify with just 1 or 2 races.

7 Without affirmative actions: Direct Service Tribes will have: 1. much lower enrollment in exchange-offered health insurance than members of 638 tribes. 2. moderately less enrollment in Medicaid expansion in states expanding Medicaid, but unfortunately more Direct Service Tribes are in states that may not expand Medicaid to 138%. 3. less access to care overall if the IHS budget receives smaller annual increases after the rollout of the ACA in 2014 due to faulty conclusions about how well the ACA meets the needs of direct service tribes

8 Conclusion Direct Service Tribes and the populations they serve will not benefit from the Affordable Care Act to the same extent as 638 Tribes, they will have fewer enrolled in Medicaid and far fewer enrolled in exchange-offered health insurance plans. The key to mitigating this less favorable outcome is to identify best practices in Direct Services Tribes for possible adoption (and adaptation) by other Direct Service Tribes and the IHS programs that serve them. For example, Contract the CHS Program in order to pay premiums and reimburse incidentals.

Download ppt "Differences between Direct Service Tribes and 638 Tribes 1. Location: IHS operated programs tend to be more remote than 638 programs with exceptions like." 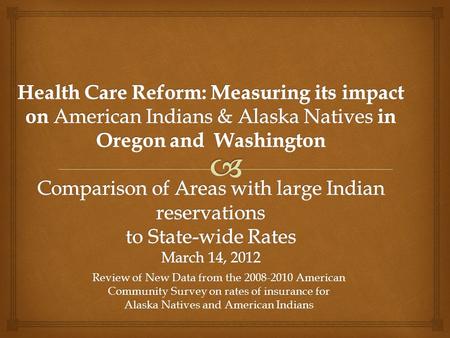 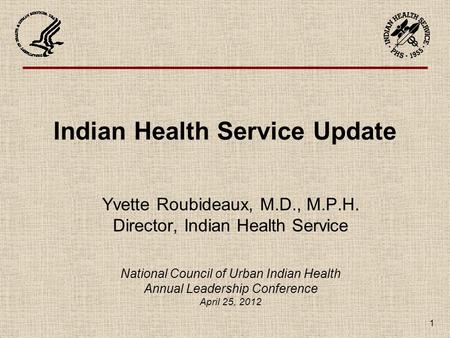 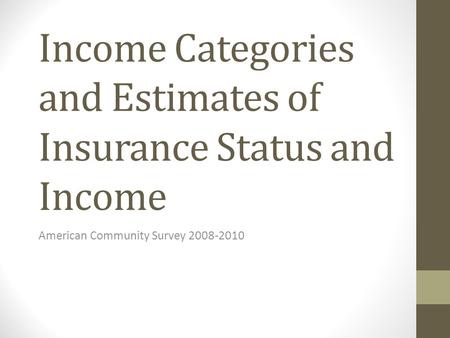 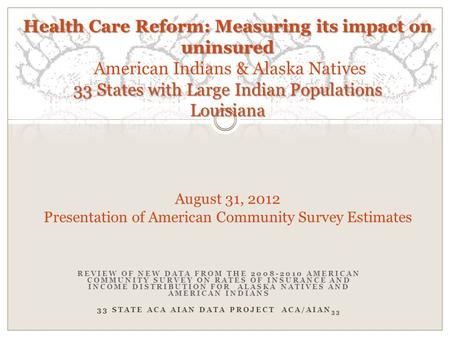 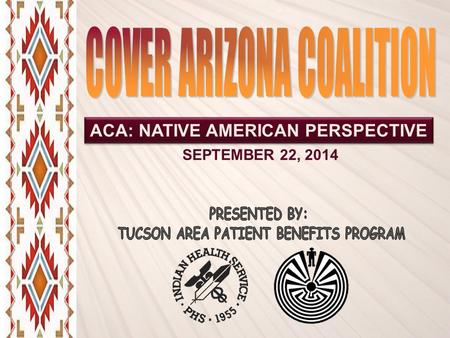 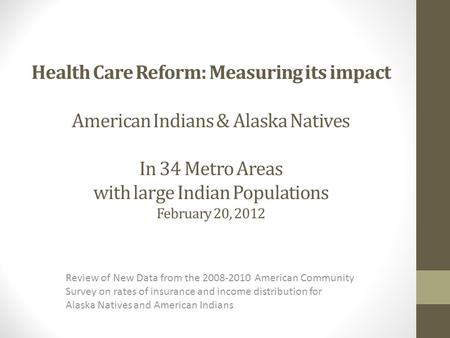 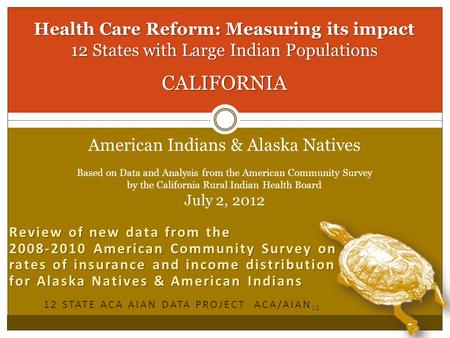 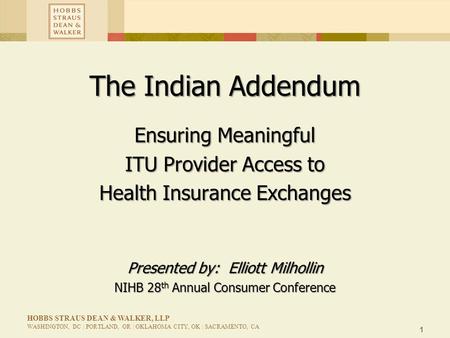 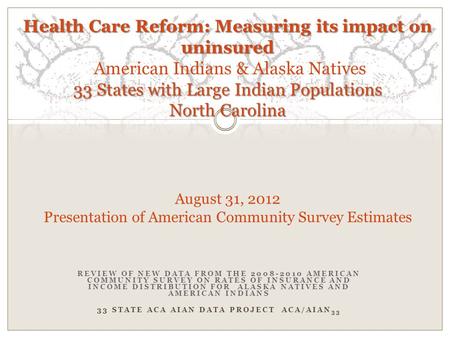 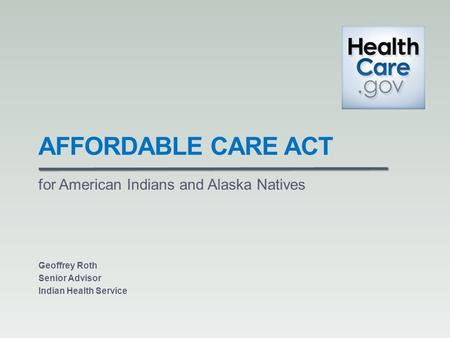 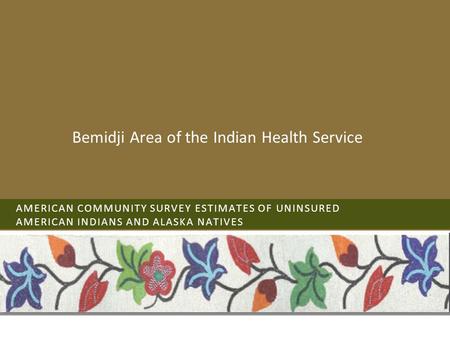 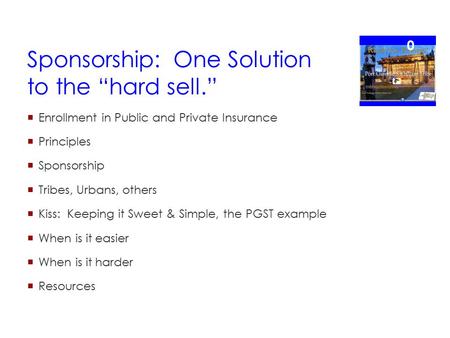 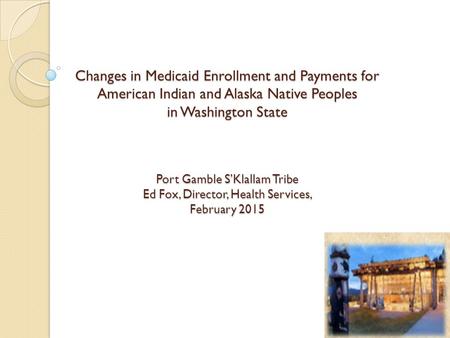 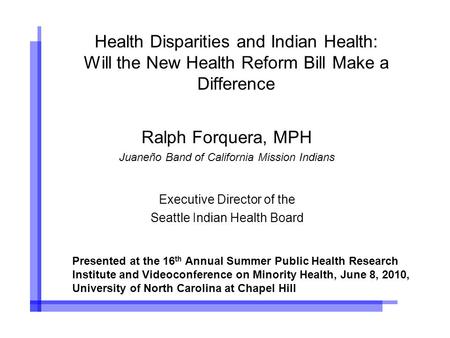 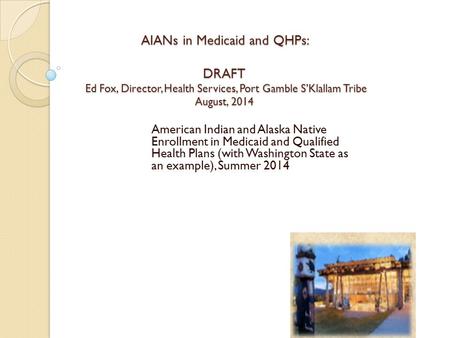