10 Population Density Arithmetic Physiological Agricultural
total # of people divided by total land area Answers the “where” question Physiological # of people supported by a unit area of arable land Provides insights into the relationship b/t size of population & availability of resources in a region Agricultural Ratio of the # of farmers to the amount of arable land This measure helps account for economic differences (MDCs vs. LDCs)

11 Arithmetic Population Density
Fig. 2-4: Arithmetic population density is the number of people per total land area. The highest densities are found in parts of Asia and Europe.

12 Physiological Density
Fig. 2-5: Physiological density is the number of people per arable land area. This is a good measure of the relation between population and agricultural resources in a society.

27 Demographic Transition in England
Fig. 2-14: England was one of the first countries to experience rapid population growth in the mid-eighteenth century, when it entered stage 2 of the demographic transition.

28 Percent of Population under 15
Fig. 2-15: About one-third of world population is under 15, but the percentage by country varies from over 40% in most of Africa and some Asian countries, to under 20% in much of Europe.

30 Rapid Growth in Cape Verde
Fig. 2-17: Cape Verde, which entered stage 2 of the demographic transition in about 1950, is experiencing rapid population growth. Its population history reflects the impacts of famines and out-migration.

32 Low Growth in Denmark Fig. 2-19: Denmark has been in stage 4 of the demographic transition since the 1970s, with little population growth since then. Its population pyramid shows increasing numbers of elderly and few children.

38 Use of Family Planning Fig. 2-22: Both the extent of family planning use and the methods used vary widely by country and culture.

42 Cholera in London, 1854 Fig. 2-23: By mapping the distribution of cholera cases and water pumps in Soho, London, Dr. John Snow identified the source of the water-borne epidemic.

43 Tuberculosis Death Rates
Fig. 2-24: The tuberculosis death rate is good indicator of a country’s ability to invest in health care. TB is still one of the world’s largest infectious disease killers. 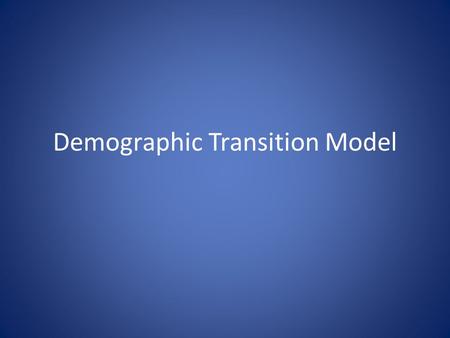 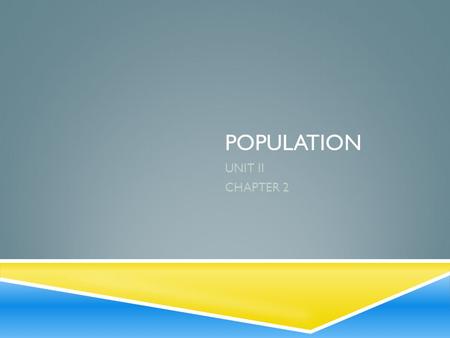